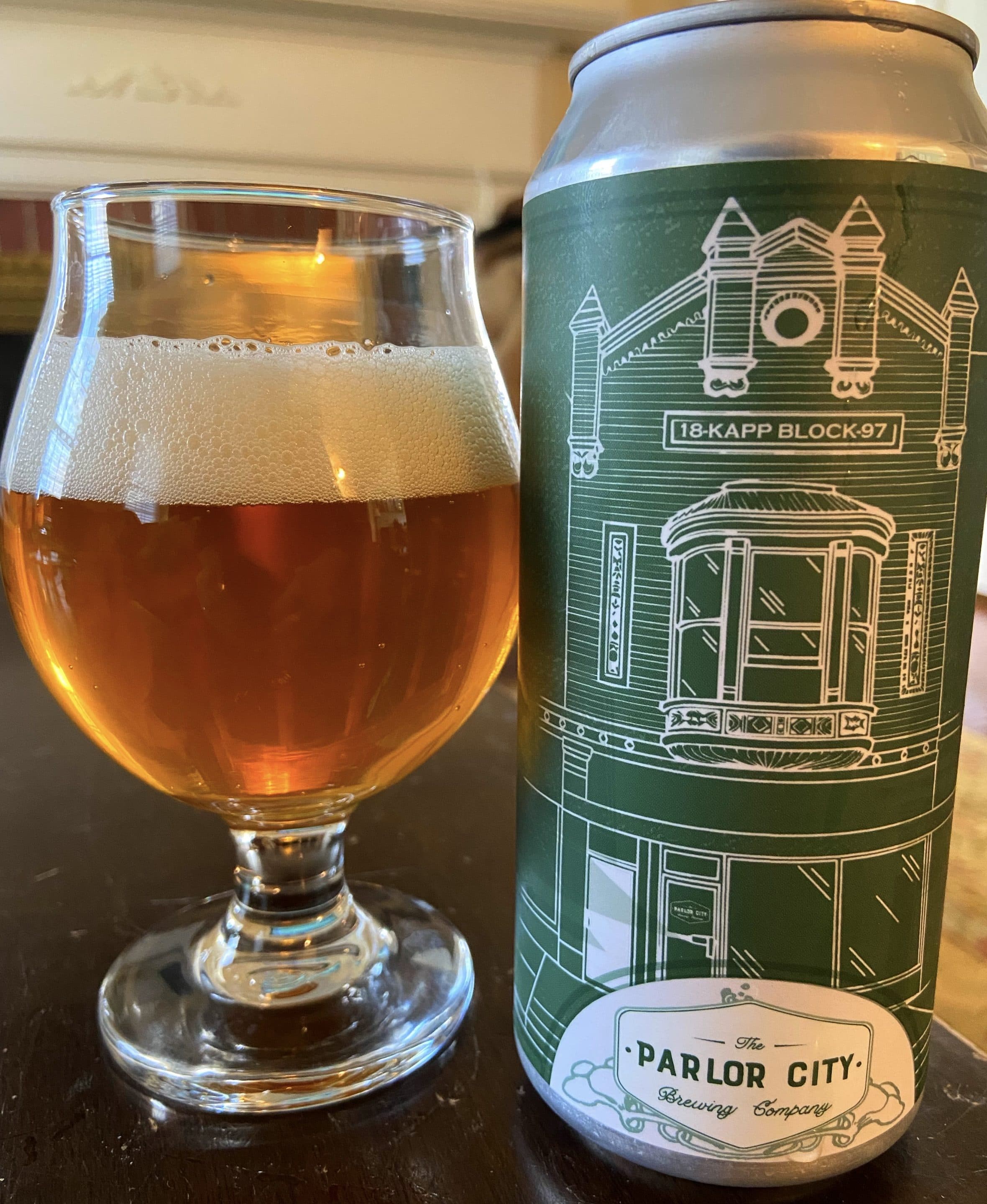 Not my first time drinking a Parlor City Brewing Company beer, but my first review of one. Thanks to the brewer and owner Chris for this complimentary 16 oz.

Belgian Blonde Ale. Well, if you look at the BJCP style guidelines (25A) for this beer, you’ll find … this beer! I bring attention to this for a couple of reasons. Firstly, one of may age-old pet peeves is when the beer fails to meet its description – that problem is totally avoided here, and secondly, its just not that common a style in the contemporary American scene. It’s great to see relatively underrepresented styles getting an airing.

This has a tremendous bready, yeast forward nose. Incredible clarity on the pour with a golden body and medium, white head. A touch of lace and average retention.

There’s an enormous amount of grainy sweetness without being too sweet. Light alcohol touches, some phenols, and a kiss of Belgian candy and yeast coming through in wave after wave. It’s one of the cleanest beers I ‘ve had in a while. Cuts through to quench the thirst and finishes a little drier than one might expect.

If I’m brutally honest I’d take a Tripel or a BSPA over their ‘younger brother’ Belgian Blonde, but as a man who has railed against the beer community or decades for their ignorance and ignoring of the smaller, more subtle styles, that would just be churlish. Excellent beer, well-made and delicious.