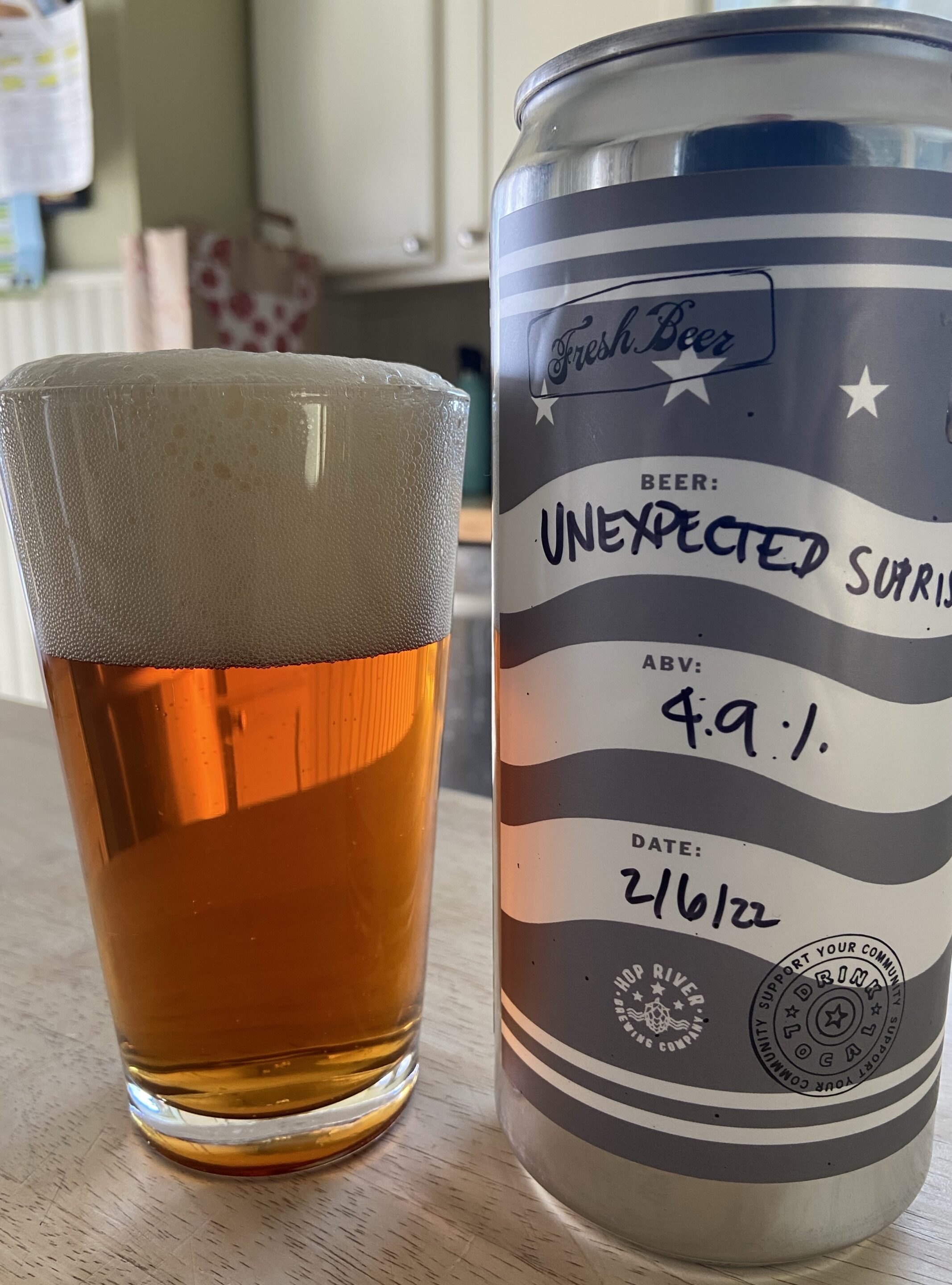 This is a relatively new beer from Hop River. Not completely new, but not a beer that’s been around for a long time, and not one of their regular beers – it should be.

Since the first time that I drank this, I’ve always liked it, but until recently I’ve never been quite able to place what it is about it that I really enjoy. All kinds of brewers will give their beer all kinds of style designations. Sometimes it makes perfect sense, sometimes it doesn’t, sometimes it sort of does. I’m not saying that this beer is mislabeled in terms of style (a golden ale), but I do now know why I have enjoyed it so much. For all intents and purposes, this beer drinks like a Vienna Lager to me. One of my favorite styles.

A golden-orange body which is darker than one might expect from the style moniker. White head with little lace but not great retention. There’s a simple, sweet drinkability about the beer. A lightly metallic bitterness on the back-end, which is supported by a very large malt backbone. The malt keeps coming, and the balance of the beer is superb. Balance here is the key, and there is almost a fruitiness to the aftertaste that reminds me of a cherry note. It’s really delicious. Taken togther, the balance in the beer drives its deliciousness for me.

At 4.9% it’s really drinkable, but of course most definitely not @sessionbeer. Either way, the lovely balance makes for a simple yet flavorful beer that is really well made. It’s not ‘complex’ in as much as it’s not a complicated beer, but that doesn’t mean to say that the beer isn’t nuanced. It is, and that’s part of it’s appeal for me. A beer that’s more than the sum of its parts.

A great example of beer that could start a non-macro swill journey for a newbie. Local, tasty and accessible.