Session Beer – an amalgamation of years and years of thoughts 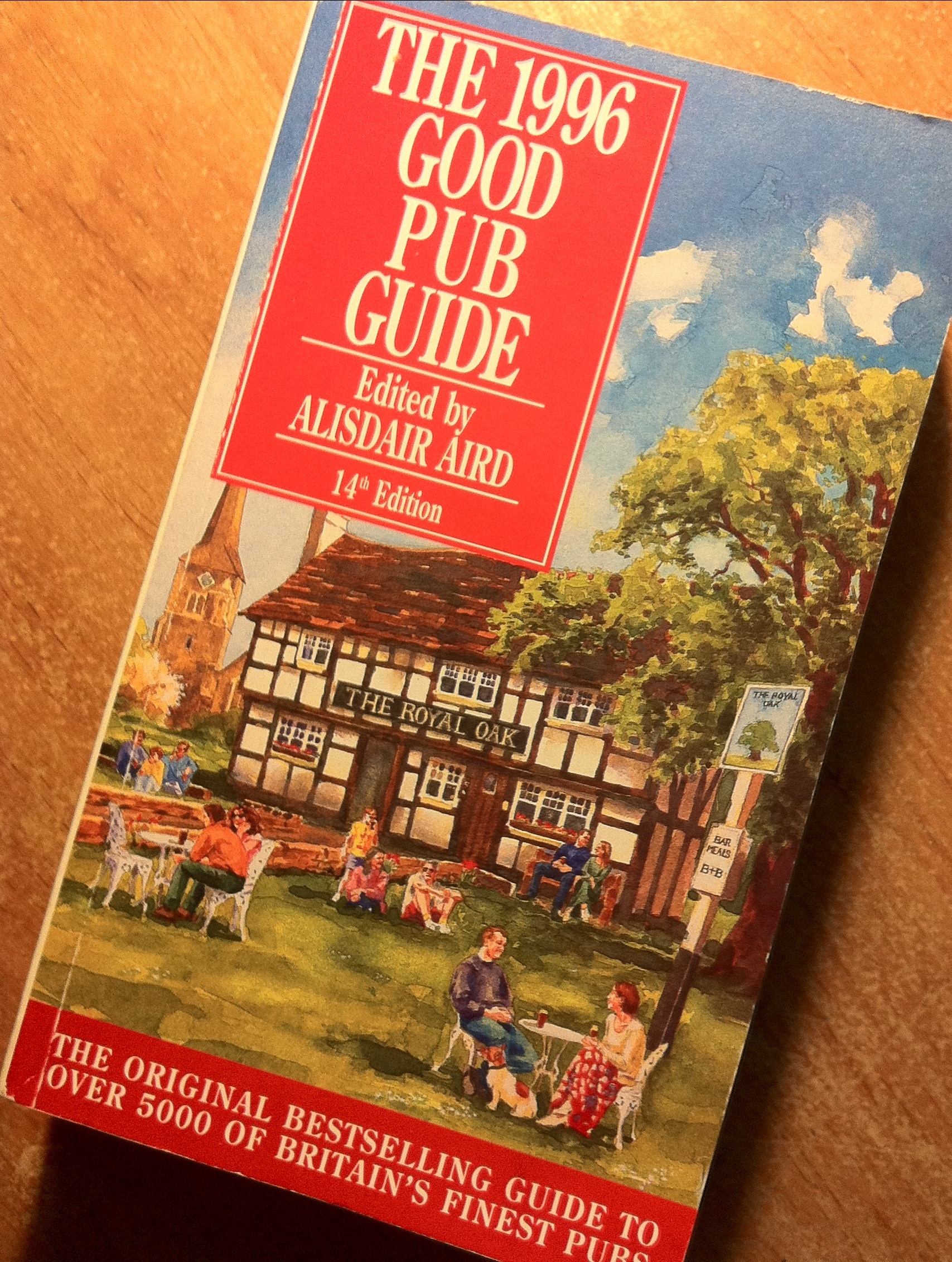 Anyone that knows me (or has read my comments in beer cyberspace over the years), understands that this is a serious subject for me, and that I get really tired of the term ‘session beer’ being abused left, right and center in the USA. Here, I am going to attempt to bring the years and years of posts that became shunned on BA, plus all of the stuff that never made it to the web but simply resided in my head, together in one place and in a single stream of consciousness. This might go on a bit!

There’s a few reasons why this seems like the right time to get this post up. My ejection from BA has given me the motivation, then there is the question of the ever increasing popularity of the use of the term ‘session beer’ in the US, then there was Martyn Cornell’s recent post about the history of the term, and finally the short interview with Colin Valentine, Chairman of CAMRA in BeerAdvoacate magazine #52 where he addresses the term.

Let’s start by immediately stating my belief in a categoric fashion;

4.0% is the absolute maximum ABV for a beer to be accurately called a ‘session beer’

The essence of the 4% argument is based in the traditional output of British breweries and the habit of drinking large volumes of beer in single sittings in pubs. The phrase ‘session beer’ grew out of these habits.

There are a colossal number of breweries in the UK that routinely produce(d) a small range of bitters that were distinguished from one another by their ABV. These ‘sets’, used to (and still do) fall into two or three categories; firstly the everyday, ‘quaffing beer’, secondly the ‘premium beer’ (sometimes called the ‘Best Bitter’) and (sometimes) thirdly, a beer that would have been considered ‘strong’.

The second and the third beers in these series would NEVER have been considered suitable for multiple servings and were not created by the brewers for ‘supping’ on a large scale or for an extended period of time, i.e. they were not supposed to be session beers. As a result, the ‘quaffing beer’ would be the only one that they (or their customers) would have used as a ‘session beer’. In every instance that I have been able to find, I have not found a range of three beers where the first in the series was traditionally ever in excess of 4% ABV. (It should be noted that in several instances we are only talking about two beers in a ‘set’ with the ESB (super premium) being a beer that was not always part of the portfolio).

The usual (and perhaps quintessential) example that one quotes as evidence of this is the Fuller’s range of bitters; Chiswick Bitter, London Pride and ESB. These beers represent the typical, three beer stable of bitters that had significantly different purposes in mind when they were brewed. Their ABV’s clock in at 3.5%, 4.1% (for the typical, UK cask version) and 5.5% (in the cask). In addition (and perhaps most tellingly), Fuller’s refers to these beers in the following manner;

On page 6 of the 7th Edition of The Running Press Pocket Guide to Beer published in 2000, under the heading of ‘Strength’, Michael Jackson writes, “A typical Premium Beer…..might been between 4 and 5 percent by volume’. The word ‘premium’ is crucial here since it has particular significance and meaning. It refers to a beer that the brewer would consider to be unsuitable for large volume consumption, and as such would never be used as a ‘session beer’ – often, the second in the typical, bitter series but never the first.

On pages 11 and 12 of the same book, under the heading of ‘Bitter’ in the “Language of the label’ section, Jackson writes, ‘Basic Bitters usually have an alcohol content of 3.75-4 percent by volume; ‘Best’ or “Special” bitters come in at 4-4.75; the odd “Extra Special” at about 5.5. Again, the ‘Basic Bitter’ would be the only one that would consider a ‘session beer’ and would always be under 4%.

On page 91 of The Ultimate Encyclopedia of Beer, Roger Protz writes, ‘With the exception of a handful of specialist breweries……every brewery in England produces at least one bitter. Usually there are two, a lower strength ‘supping’ bitter of around 3.6%, and a stronger best bitter of 4.0 per cent or more”.

In Jeff Evans’ Good Bottled Beer Guide published by CAMRA, he describes two very distinct categories of beer; ‘Bitter’ and ‘Best Bitter’. In these definitions he goes a little further than I am prepared to do by stating that ‘Bitter’s’ are typically up to 4.1%, but also states that at 4.2% we are into the ‘Best Bitter’ realm. Again, that first group would have be the ‘session beers’ and the latter would not.

In the USA there are a few people that no doubt understand the nature of the beast, but have nevertheless still decided to elevate the 4% number to dizzier heights. In his session beer project, Lew Bryson’s heart is in the right place with his compromise of 4.5%, but the problem I have with his angle is that the well-meaning pragmatism that he cites (based upon the fact that if he defined it correctly at 4.0% there would be virtually no beer to talk about in terms of them being session beers in America), does not justify a re-definition of the term. Given that the problem that Lew identifies is absolutely true, all that means is that there are virtual NO, widely distributed session beers in the USA. THAT’S OK! REALLY it is, but that does NOT justify taking the term ‘session beer’ and using  it to describe something that is not there; that does NOT make sense and I don’t understand the need to use and apply a term that is almost universally not applicable in the US. If you want to talk about lower ABV beer in the US, and you want a collective term for it, why misuse a well-established one that means something else? Would it make sense for an Englishman to start calling a black beer, brewed with roasted malts and an average ABV of 8% a ‘Hefeweizen’? Why use a term that describes only sub-4% beers to describe beers that are NOT sub-4%? It literally makes no sense.

Notch Brewing have also drawn the line at 4.5%, but have taken it further than Lew by using the terms “American Session Beer” and “American Session Ale”. This is much more to my liking, since it clearly distinguishes that the definition being used is ‘American’ in origin and therefore should not be confused with the original, authentic one. I can live with that as long as the ‘American’ aspect is emphasized to distinguish it from the real McCoy.

Another interesting thing to me is that even people than generally don’t want to take the same hard-line that I do about session beer, STILL seem to be pretty much universally in step with the idea that a session beer should really be capped at 4.0%. Andy Crouch, Martyn Cornell, Lew Bryson, Chris Lohring and many others concede this fact over and over again, even if they do not feel as motivated as me about its sanctity;

On Page 304 of his book, Great American Craft Beer, Andy Crouch defines “Session Beer” as “A beer with a relatively low alcohol-level, usually 3 to 4 percent alcohol by volume’.  On page 44 of the same book, Andy confirms the British definition, calling it a “truer acknowledgement of the powerful physiological effect of alcohol”, and goes on to describe (on page 45), that Stone’s Levitation (often referred to by many American’s as a ‘typical, session beer’), as a, “curious twist on the old session beer concept”.

Martyn Cornell (in the piece about the history of the term ‘session beer’ mentioned above) writes, “it’s (session beer) an important plank in British pub culture, the 4 per cent ABV or less drink that enables the British pub goer to down multiple pints during the evening without falling over.”

Lew Bryson writes that central to his definition is a beer that is “4.5% or less”, BUT precedes that statement with the words, “For our purposes”. I take that to mean that he is acknowledging the truth, but for the pragmatic reasons stated above he has decided to take a more flexible position than me!

Chris Lohring in BeerAdvocate magazine #39, writes; “From the British perspective, it’s always been a lower ABV offering, typically sub–4% ABV”. Given that the term was invented in the UK, that’s a further concession that 4% is the definitive word.

You might be surprised to learn that in reality (and from a purely pragmatic point of view), I suppose that I can bend a little and agree that 4.0 or 4.5% doesn’t *really* matter IF you are an educated, discerning beer drinker, with a sense of history and a solid knowledge base (even though I still think it is technically 100% INcorrect to refer to a 4+% beer as a ‘session beer’). If you do fall into the beer-educated group, then I suppose that you can use the term in a more liberal manner but at the same time have an appreciation of the REAL definition and its relevance. You can quite reasonable apply the term ‘sessionable’ too, BUT you need to be secure in the knowledge that a ‘sessionable beer’* is not necessarily a ‘session beer’. However, the problem that we have in the USA, is that such a high percentage of the new, ‘craft’ interested crowd, have no such basis of education, and the term ‘session beer’ is being used to describe beer that is not only ‘just’ over the 4% barrier at 4.5 and 5%, but has been climbing to ludicrous heights of 6, 7, 8, 9 and 10%+! That’s utter insanity, totally incompatible with ANY knowledgeable position on the subject, and has been based upon a misguided application of tolerance.

*I have been systematically attempting to use the term ‘sessionable’ less and less myself, since most people cannot make the distinction between IT and a ‘session beer’, which categorically are not necessarily one and the same thing.

The essence of the problem here (and my profound annoyance) is that a slight concession on 4% has led to wholesale abuse of the term by the uneducated, to the point where in America it has often been rendered meaningless. Call it the ‘thin end of the wedge’, or the ‘slippery slope’, or a victim of ‘give them an inch and they will take a mile’, but whatever moniker you want to place on it the the systematic disregard for the term, it DOES create a problematic, muddying of the water that breeds colossal ignorance. Just take a look at a couple of examples of the insanity that I’m talking about;

The use of the 5% value by a BeerAdvocate, and common references to 4.5% by RateBeer, are more serious errors IMO. These misstatements do not undo all of the great work that these sites have done, but they do serve to spread misinformation about beer – not a part of either sites’ mission statement, and one that I believe they should both revisit.

OK, I actually haven’t finished this post yet, but for now that will do. It’s not a complete collection of my thoughts but any more at this stage would make this even more cumbersome than it already is!