The past, the present, the six years between them, and the future 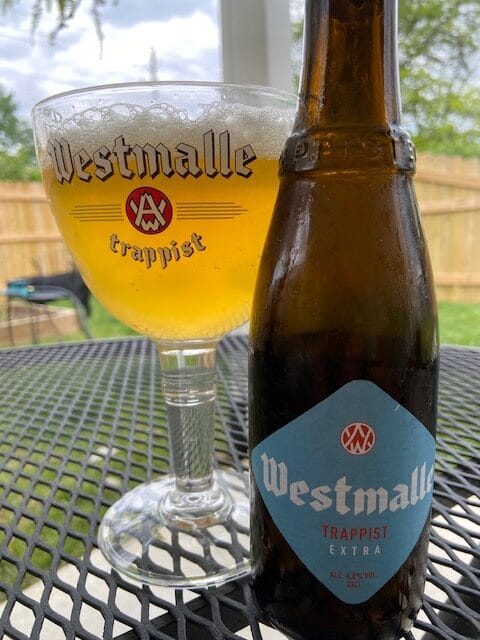 Here we all are.

It’s been six years since my last blog post on Ding’s Beer Blog, but now I’m back. So where have I been? What happened in the period between January 2015 and today, May 26th 2021? The answer is life. Profound, right? However, nothing that you can’t imagine, just the usual events, experiences and changes that sooner or later enter everyone’s existence. Some good, some bad, and some indifferent, but none of which I’m going to detail here. Suffice to say things have changed; I have changed.

Of course, some (many) things have most definitely not changed. The role that beer and beer culture have played in my life has, without doubt, constantly ebbed and flowed, but fundamentally their underlying importance have never ceased. What did change were circumstances (as noted above), and how the influence of beer and beer culture manifest themselves in my day to day life. My last blog post was a clue to that. My utter indifference to my Stone visit in January 2015 was indicative of where I felt I had progressed to in terms of beer and commenting on it. At that time I felt as though I had little else to say. Although the parts of beer culture that I felt (and still feel) most passionate about – session beer, drinking culture in the USA, tradition etc. – never went away, I simply had no more to say about them. I had said it all in eight years on Beeradvocate, and in four years of blogging after that. I’d reached a certain uneasy Zen (is it possible to have an ‘uneasy’ Zen?), a plateau if you like, and there was no point in saying much else.

Six years on from that, now I feel as though I have many more things to add. A lot more to say about beer. As such, Ding’s Beer Blog is back, and the journey begins once more. After eighteen years bitching and moaning about beer in Atlanta, it’s now time for Fort Wayne and north-east Indiana to get the DBB treatment. That’s an important note to make, since a lot of what you are likely to read here in the near future is going to be centered on the Fort Wayne and NE IN beer scene. What better way to re-start the journey than with a new beer? Westmalle Extra was recently released in Belgium, and was delivered to my doorstep by the fine folks at Belgian Happiness. Check them out!

A few logistical, technical, and other housekeeping notes to begin with.

The website has been restored from a zipped back-up file and the process has gone incredibly smoothly. However, you will no doubt find broken links, beer websites referenced that are no longer either active or even in existence at all, missing images, and parts of the site that don’t work as intended. This is inevitable when one pulls a website that has been given no attention for six years, back on to an internet that has evolved just a little bit since January of ’15! The site will be cleaned up in due course but it’s going to be a process, and will take time to fix. If you happen to see something that requires my attention, please let me know, and I’ll do my best to address it ASAP. I also intend to switch to the DIVI WP theme (currently the site uses a generic, free Yoko theme). When that process is complete the site will look much nicer but again, that process is unlikely to be without bumps in the road – please excuse my ‘website dust’ as I move things around and work on the back-end.

While the process of moving to DIVI and cleaning up the site is taking place, I am going to be back blogging with new pieces of opinionated writing that will include the standard bitching and moaning. The new posts will initially simply slide into the old style and format of the site, since I don’t want my beer thoughts to have to wait until everything is technically correct before they get aired – too much to say to wait!

So, while I work on the first new post in six years, here are a few gems from the archive that you might like to be reminded of.

Pant-wetting fanboys and the US beer scene (January 2014)

So, whether you are an old visitor from the ancient past, brand new today, or somewhere in between, welcome (back), and here we go … again. Cheers!