Ambivalence, indifference, me, evolution, and Stone in 2015 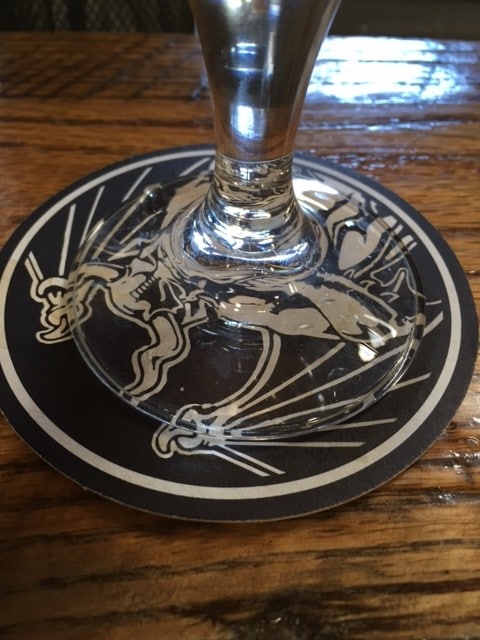 Before you read this please know that I’m not really sure what I am trying to convey here, so I think this post is more likely to turn out to be a stream of consciousness rather than anything particularly coherent – apologies in advance.

Yesterday I was at Stone’s Brewery, Tap Room and Bistro, in Escondido, CA. Many years ago, those words alone would have sent shivers up my spine and sent me into a little bit of a fan-boy, pant-wetting moment. Unconnected to my visit, those beer geek days are LONG behind me and only lasted a very short time, but nevertheless, yesterday I felt really, really flat, and the whole experience was quite the opposite of what I had once imagined it would be.

Let me start by saying that the whole American beer scene owes Stone, Greg Koch, Mitch Steele and all of the people that made Stone a reality, a massive debt of gratitude. This post is not about any shortcomings that Stone may have, nor is it meant to necessarily convey any negative comment about my experience and visit, it’s just that the whole thing did nothing for me. However, I am guessing that says more about me than it does about Stone, but I am not 100% sure. (See what I mean about rambling, here?).

When I arrived in the USA in 2000, in Georgia things were bad. Not only did we have an ABV cap on beer, there was almost zero knowledge of great beer. Sure there were a few pioneers out there, people like Dave Blanchard, Crawford Moran, the Sweetwater guys (Sweetwater was only about 2-3 years old when I arrived in ATL) and a few others, but generally it was a mess. Although I knew a lot about beer back then, I wasn’t all that familiar with the American scene. A little digging quickly led me to a couple of protagonists that seemed like they were really trailblazing; Stone and Dogfish Head were those breweries.

Like many people I suspect, I will always view Stone and DFH as an inseparable pair. Different styles? Sure. Different coasts? A continent separates them. Different people? Obviously, but somehow they seemed to share a philosophy that was the very essence of what contemporary, American craft brewing was, and what it would forever be, i.e., irreverent, in your face and predicated on big beer and a certain swagger and style. Again, different swagger and style in each case, but to me there seemed a thread that ran through the pair that linked them both in time and in practical ways.

Back then neither of those breweries were distributed in GA. I used to drive 2 hours over the border to Tennessee to pick up beer that wasn’t distributed in Atlanta. I recall buying a lot of Stone beer on those trips, but my memory is a little foggy on DFH. I know DFH didn’t come to GA until around March of 2007, and they were in, out, and then back in TN between circa. 2011-2014, but I don’t have a solid memory of buying DFH in TN in the early 2000’s. Stone was a different matter though. To be honest, those trips were made specifically for the purpose of picking up a bunch of Stone bombers, and I recall one fateful trip where a bottle of Ruination broke in the back of my wife’s car – I heard about (and smelled it) for weeks after!

I also recall communicating directly with Greg Koch either via email or via an exchange in public or private on beeradvocate, literally asking him to ‘please start distribution in GA’. When it actually happened in 2008, it felt like a massive breakthrough had occurred. Anyway, I digress slightly, but at the same time I am trying to set the scene to show the kind of high profile role that Stone played in my own (and countless others), early beer moments in the post-microbrewery movement of 90’s and 00’s USA.

Against that backdrop you would think that my little sojourn yesterday would have been a truly seminal moment. Now, of course, my attitudes and relationships with craft beer in the USA have changed DRAMATICALLY over the course of those years, with all kids of twists and turns, good and bad experiences and perspectives re-aligned, but it wasn’t really until my visit to Escondido that I truly realized where I stand now.

When I set foot in the brewery yesterday, the first thing I saw was a T-shirt that was emblazoned with the slogan, ‘Corporate Beer Still Sucks‘. Actually now (the next day), I am second guessing myself and almost think that I imagined it! That slogan is associated with Elysian’s, Loser Pale Ale, and since I didn’t take a close look at the shirt I wonder if it was really in the store! If it wasn’t, then I am losing my mind, BUT for a reason. The reason being that when I left the brewery I felt as though there was a MASSIVE irony associated with that shirt being displayed so prominently in the Stone store. As I walked away from Stone yesterday, and when I had visited their Tap room next to PetCo park in downtown San Diego, and when I had revisited their web site and online store, I found it impossible to see Stone as anything OTHER than a HUGE, corporate entity! For all intents and purposes, and for a brief moment, Stone felt like Budweiser!

Now, I know what that last statement sounds like – it’s insanity – but I’m trying to convey a journey that Stone has made over a similar time-frame to me, and somehow compare its evolution to my own. Of course we have taken these journeys entirely separately, and from widely different perspectives, but evolved we have. My beer world has changed – dramatically – and my guess is that Stone’s has too. The corporate uniforms of the staff, the gleaming, impressive bistro, the lines of people even at 11.00 AM on a Friday morning almost banging on the doors waiting to get it, the anxious need to acquire brewery tour tickets before they sold out, the frantic, Disney-like grabbing of logo-ed merchandise in the shop and the general ‘feel’ of the facility, all said, ‘this is a finely tuned, corporate machine’ – I was a little taken aback.

Don’t get me wrong I’m not naive – I get it, I really do, but there was something personally jarring about the whole experience. There were clearly a lot of people there who were making some kind of pilgrimage. Again, I get it, and had this been 2005 not 2015, I think I would have been ‘that guy’; you know, the one taking loads of photographs, having lunch, drinking loads of beer and spending a TON in the shop whilst filling three or four growlers and generally acting like an over-excited child. I get it, I really, really do, but it was so different for me yesterday that it was quite odd for me to see myself acting in the way that I did. I strolled up to the bar, drank two, 4 oz beers and 1 pint, spent maybe 1 min casually walking around the gift shop, purchased no beer (even though ‘Enjoy After’ looked interesting), no glassware, no T-shirt, no stickers and no trinkets, and I left feeling slightly (and oddly) deflated.

None of my ‘disappointment’ should be seen as a reflection on Stone of course. My experience is much more about me and my fragile psyche, but I found our respective evolutions an interesting juxtaposition. However, one thing I was a little surprised (and if I’m honest a little disappointed with) was the fact that of the 13 Stone beers offered on tap, only 2 were things that seemed outside of what I would call ‘normal’ distribution; a pilot batch, Hoppy Brown Ale (that several people commented on being especially NON-brown), and the Pampepato Imperial Porter. I was also a little surprised by the sheer number of non-Stone beers that were available. Again, I understand, and I have no problem with the philosophy of selling other peoples beer per se, but at what I would assume is Stone’s flagship, ‘Jewel in the Crown’ facility, I would have expected a higher density of singularly, Stone products. I DID find a exclusive Stone barrage at the Tap Room downtown, and once again there was a very corporate feel about the place. I enjoyed a couple (for me) more interesting beers in the form of Lupulin Loop IPA and Reason Be Damned, but outside of those, only the usual suspects were pouring.

Of course, with 5 seconds of reflection none of this is remotely surprising at all. Stone is an international company, with God-knows how many millions of dollars in turnover and profit, that is probably one of the most successful entities in the whole of the food and beverage sector, but there was something about my visit yesterday that opened a whole new bunch of questions, closed one chapter, opened another, and was certainly not what I might have imagined it once would have been.

Stone should be congratulated on their success, it looks like an incredibly well-run company with a keen eye on growth, profit, expansion, customer experience, PR, marketing, philosophy and core goals and values – not unlike what one might expect from the people that bring you Bud, Miller and Coors. Obviously it has changed as it HAD to. So have I.

As a postscript, last night the family and I went to the Liberty Station location for dinner. The food was very good, the service excellent (much like one finds at places like Disney) and there were about 5 or 6 beers that were exclusive to that location – all positives in terms of my experience. The building is quite spectacular as well, and honestly felt very ‘castle-like’, presumably its intention. However, I would liken it (very strongly) to a ‘Harry Potter/Universal Studios’ castle, and the super-corporate feel from the brewery continued. The shop and growler station were efficient in the same manner. The whole ‘Stone-thing’ was a very interesting experience.