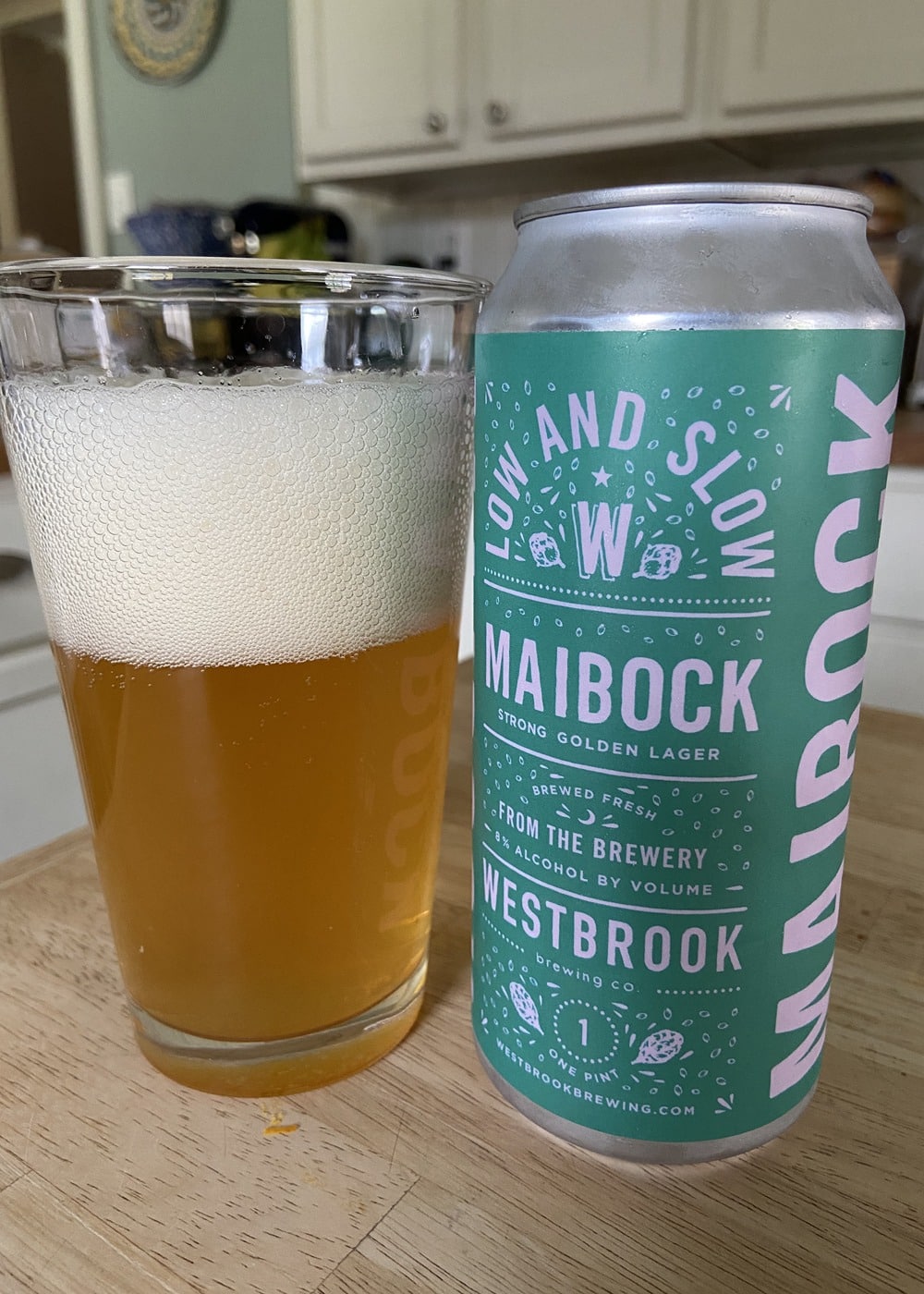 I love me a Maibock, and I love some Westbrook beers, so there’s a lot of hope here. 16 oz can from Blue Ridge Beer Hub in Waynesville, NC. While I like the presentation, I’d like it better in a bottle. Humbug.

Pour is a surprisingly, light=orange hazed body. Maibocks can take on all sorts of hues, but this one seems especially orange. Large, fluffy white head, some decent lace.

Nose is a little hopper than I was anticipating.

There’s also a little more hop bite up front than I was hoping for. This continues, and for me, even though the malt is there, it keeps on bumping me of course. I understand the style very well, and appreciate that there is a range of hop character in these beers, but for my tastes this is too hop-centric. I don’t dislike the beer, but so wanted to love this. I don’t. Malts are simply not forward enough. I know they are there, but they just don’t shine as the hop presence kicks them around a bit.

Alcohol feels under the advertised 8% but is apparent, and in the end it builds a decent amount.

In the end this is fine, but I’m never going to recommend this as a quintessential example of the style. I guess it doesn’t have to be, and I didn’t dislike it, but I always end up feeling like things could have been so, so much better.