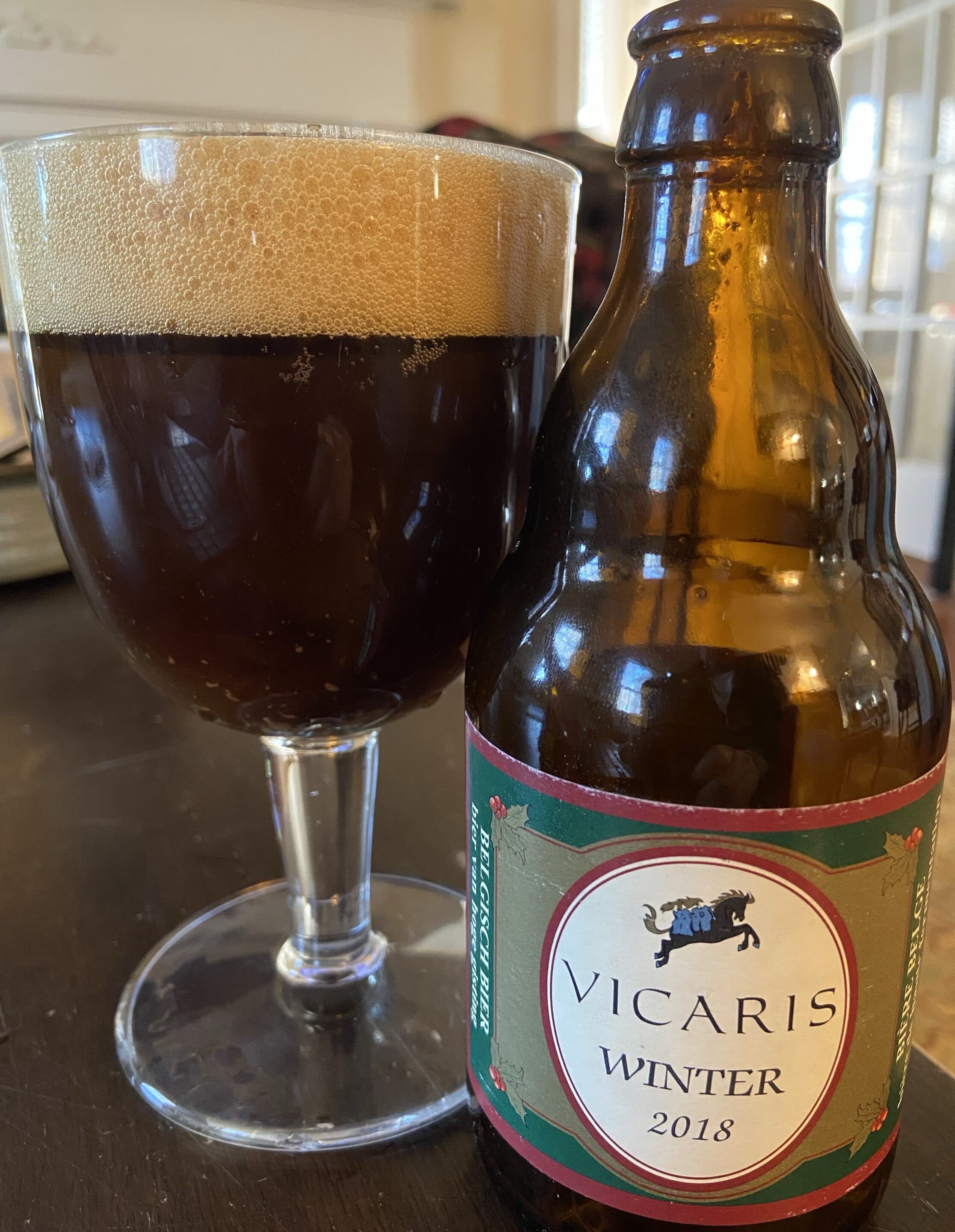 Belgian Strong Dark? Maybe not. It has some Winter Warmer character too, and no, I’m not being fooled by the name, but in the end this seems almost largely brown ale-like. ‘Imperial’ of course.

Pour is a dark brown, chocolate colored body. Looks like a better version of a dirty dubbel. Head and lace do a good job.

A ton of bread in the nose, with a touch of oxidation. The beer feels older than it might be right off the bat.

Tastes have some nuttiness, i.e., some brown ale elements, and continue with more bread and some less familiar things. Some Belgian dark notes sure, but in the back-end the yeast forms a strange (but good) mix of English, American and Belgian elements. Is it sweet and malty? Yes. Does it feel bigger than it should be? Yes. Does it bring yeasty and ester notes? Absolutely.

This is odd. It has a lot going on, and ends up in a very strange, hybrid space. I think I like it, but I’m definitely not interested in more than one, and that’s not just because of the warming EtOH.

It’s a weird one, and I would certainly encourage anyone to try it, but I can’t say I really understand what is being attempted here, or what the result of that attempt ultimately is.