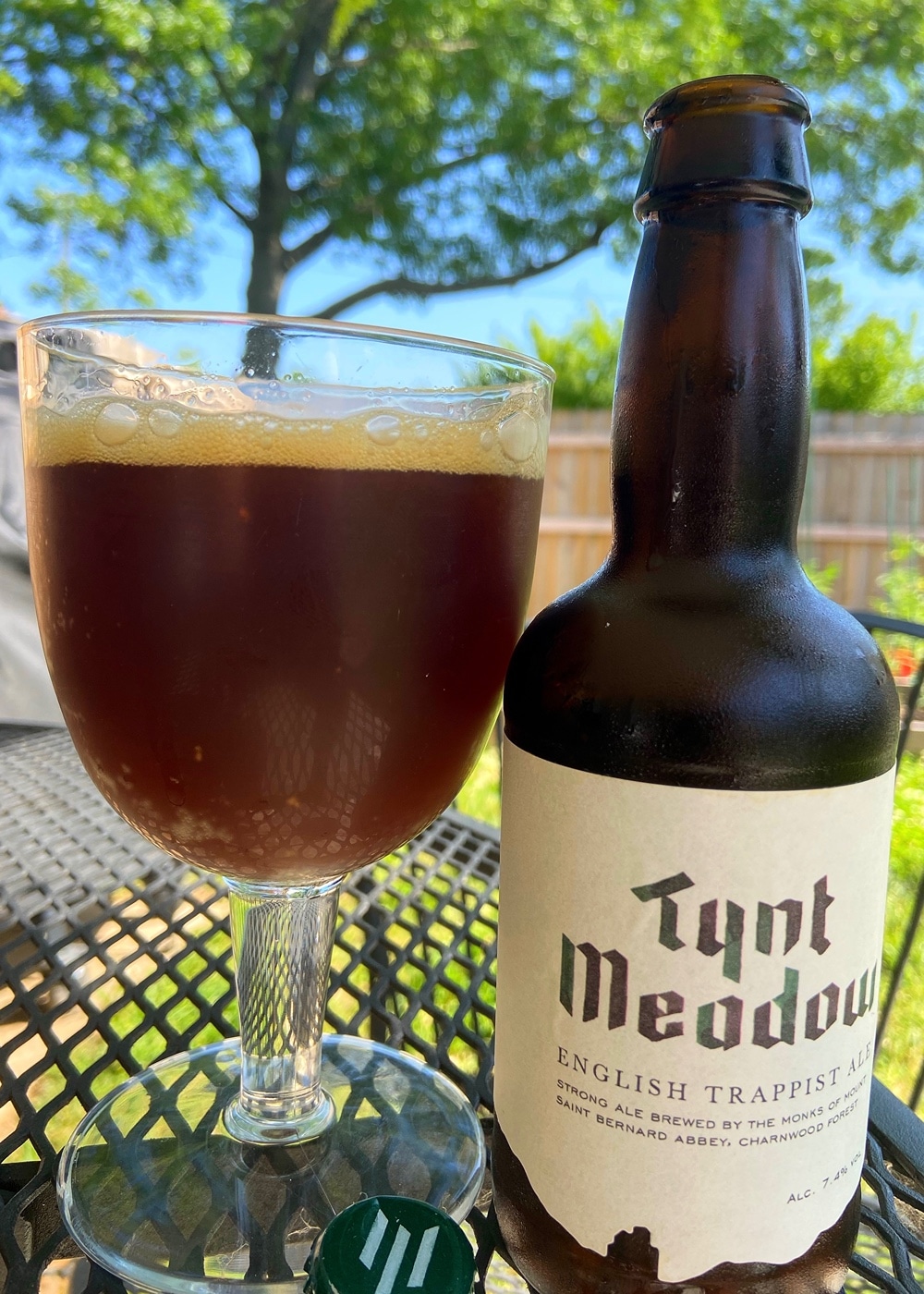 So, here we go with this English Trappist. I must say that I am certainly intrigued, if not a bit wary.

Pour is one of my pet peeves, dirty brown, ugly washing-up water Dubbel. I hate this look in a beer. Turbid and unattractive. Head is a little better, but is modest, has poor retention, and leaves no lace. In terms of appearance, this gets off to a bad start.

Nose offers some bready, alcoholic oxidation. Mmmm … at this point I’m referencing the bottle to see if I’ve got an old one (I don’t), or there is some other clue as to why this starting out so badly.

Tastes offer a lot of bitterness up front, some mild prickly carbonation, and an alcohol based dryness in the back end. There is a touch of woody spice, some bitter licorice and other leathery notes that add up to, well, not much or at least a confusing array of competing (strong) tastes. There’s no yeast character to speak of, and the beer seems to drink at a higher ABV than the label might suggest. As it warms and I approach the end of the experiment, it’s better, but it also starts coming in oddly sweet with a lot of treacle (molasses) and sugar. Weird that it should finish that way after a pretty dry beginning.

I dunno what’s going on here, or what the aim was, but for me this is a miss. Maybe it could come together in the future, or maybe there are quality control issues, but this is a bit muddled for me. It’s a long way off the mark for Belgian anything, and in the end it feels at best like a poorly brewed Dubbel. I have to say that I didn’t like it much at all. Some beers like this I would never visit again, but this I would, mostly because of the way it changes with temperature. I’d like to give it another chance mainly because the idea of an English Trappist is something I would like to support, but the first impression is pretty weak.