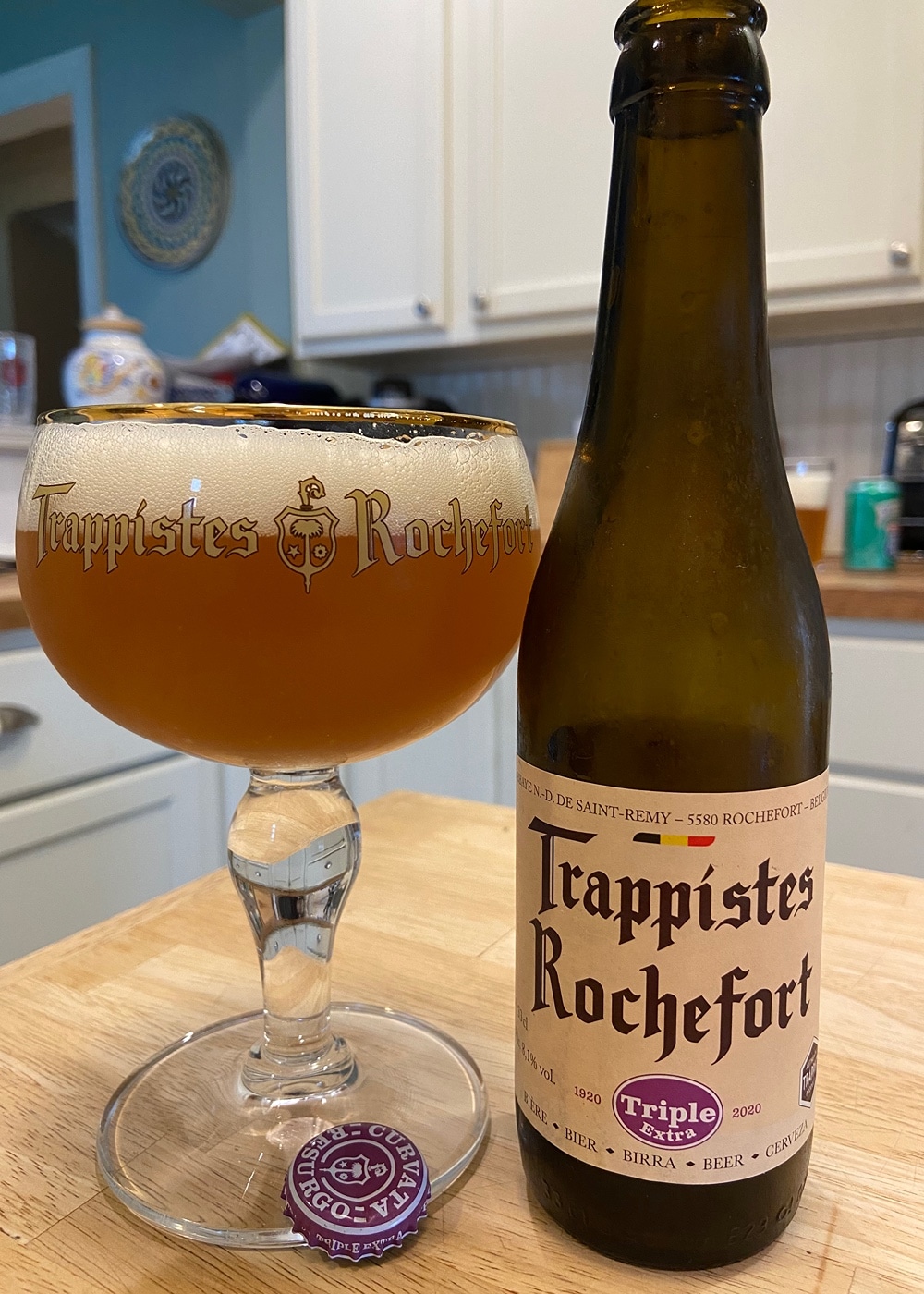 I first got this shipped to me in June 2021 directly from Belgium and before it was available in the US, but have had probably about 6-10 bottles of it since.

Let’s get this out of the way immediately. This doesn’t drink like a typical Triple; at least not for me. A mid-golden, slightly hazed pour with an above average creaminess on the head.

There’s a lot of depth to the mouthfeel, and it drinks more like a wheat beer in terms of its body. It drinks like a cloud.

Yes it is orangey (likely as per most reports that you’ve heard), and it lacks any spicy notes, has no solvent, and it exhibits no white pepper, no hard alcohol edge; basically not very Tripel like at all. The finish is a little dry – which is fine – but also simultaneously it finishes with more fruit and orange. Everything – the whole beer – is against the backdrop of deep yeast. The orange, the yeast and the mouthfeel are the three takeaways here, and combined they make for a special beer and delightful experience. As long as you arrive with an open mind, and don’t expect a typical example of the style, you’ll be well served.

It’s not everyday that a brewery like Rochefort extends its repertoire, but here they have succeeded in making a new, special beer.