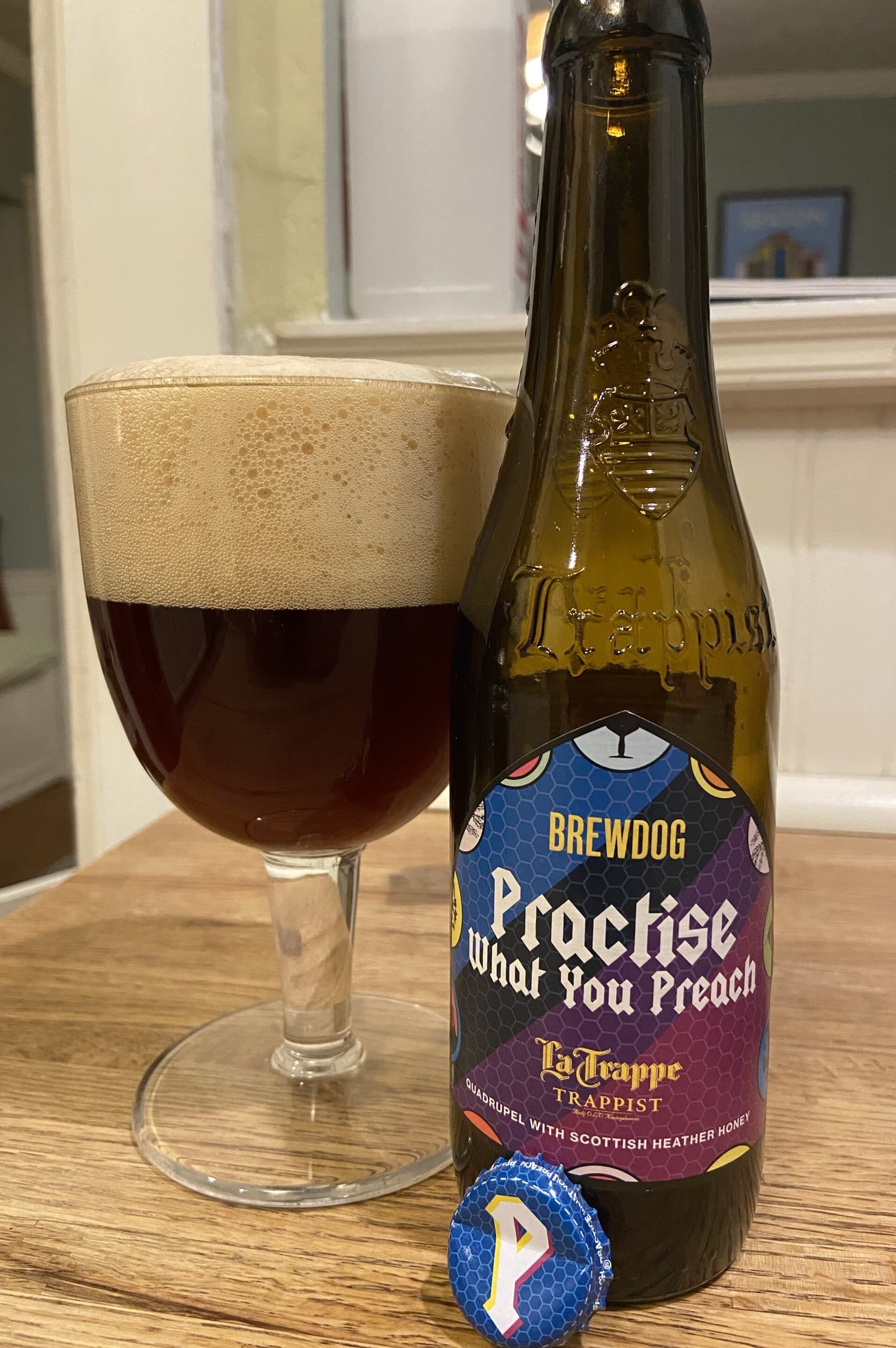 I have no interest in getting into a pissing match about James Watt’s antics – I mean that I literally don’t care about Brewdog or their attitudes at all – BUT what I will say is simply this. About 15 years ago when Brewdog started, I had some brief dealings with him, and he was a dick. That’s it, no more, no less, but that’s the truth. Now back to this beer.

This review is based upon a 33 cl bottle that was imported from Belgium. A couple of weeks later I saw 750s of it here in Fort Wayne, IN. Ho hum …

Yes, I understand fully that Quads are going to be sweet, but this seems extreme. It layers on a lot of brown sugar, and the alcohol even gets reduced as a result. I suppose this MUST be the honey?

There’s not a lot of subtle, nuanced elements here. To be honest, a lot of Quads can suffer from that, but this one seems especially vulnerable. Oddly, despite the sweetness the beer ends with a pretty aggressive dry note. Weird.

In the mouth it’s a bit prickly to be honest. Seems a touch over-carbonated.

I just don’t think that this is a very good example of the style, and why we need honey I have no idea. It’s not horrible, but off the top of my head I can’t think of a mainstream, standard quad I wouldn’t put ahead of this. That’s about all that needs to be said here. Pass, and I suggest that you do too.