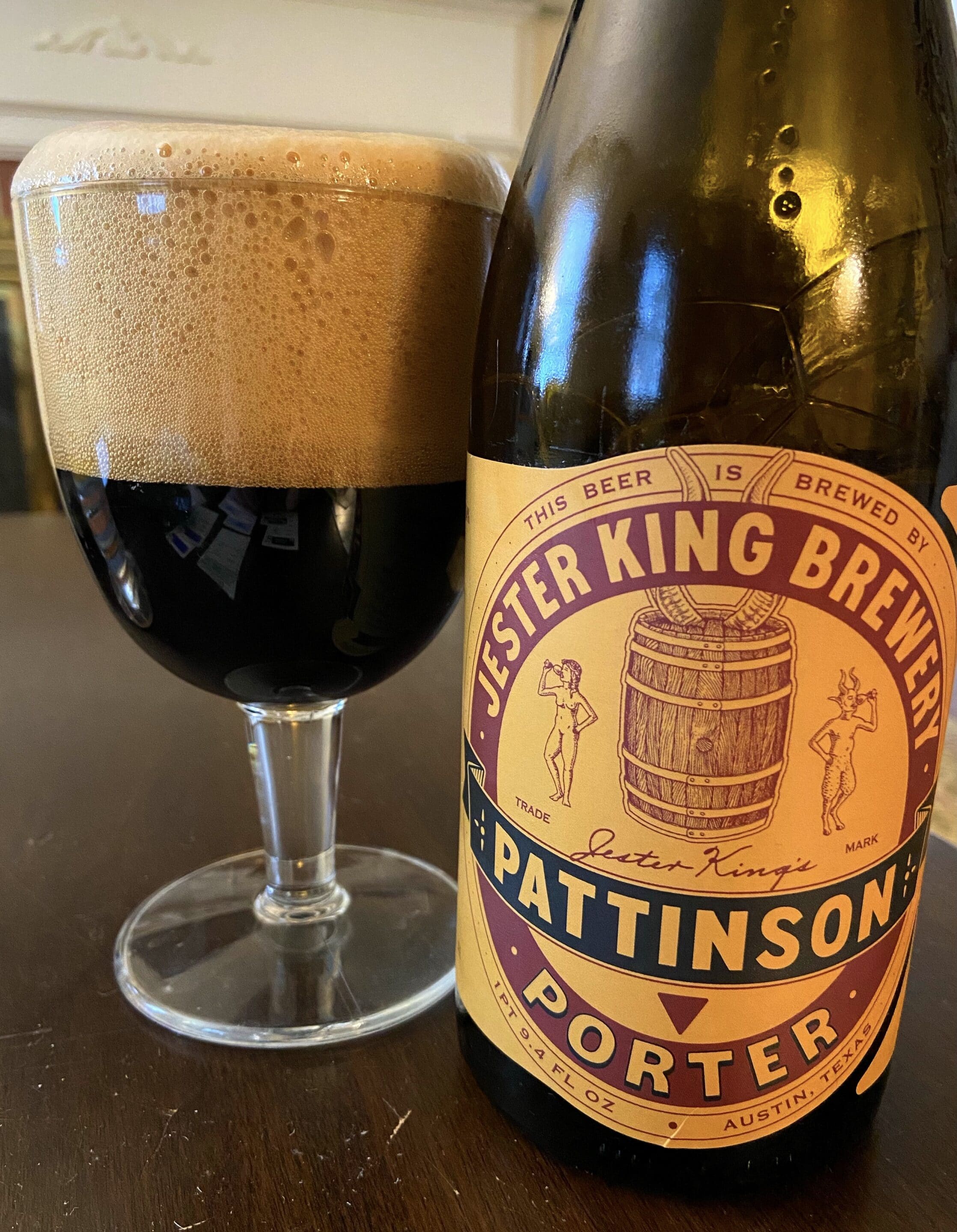 Pour is aggressively carbonated, but after the initial pour, the carbonation is less annoying and settles into a lovely, highly carbonated beer that behaves a little better than at first.

Depending on the light, the beer is either jet black or has some reddish, brown lighter highlights at the edges. Tan head is a “fizzy” affair, but has decent retention and creates a nice, thin, mocha, creamy layer across the surface of the beer.

Tastes are a little abrupt at first, but of course some of that is psychological as one contemplates the idea of a ‘Brett Porter’. I’m more used to the idea in a stout, and although we are obviously not that far removed here, it some sits awkwardly at the beginning. However, as the beer drinks down the bottle, the whole idea begins to seem much more natural, and the sour melds nicely into the nutty body. It’s not a heavy beer at all, and that adds to the drinkability. Perhaps surprisingly smooth. Brett continually grabs your attention, but it’s subtle and without offence.

A little chocolate, a more little nut, some extra malts, and then the subtle, tart touch all come in waves. Repeat.

The mouthfeel is a little prickly (see carbonation above), but again, it works.

There’s some stinky cheese in there too, especially in the back end and aftertaste. The beer is a sweet and sour masterpiece on one hand, and a quirky, bizarre brew on the other. No matter how one looks at it, this is skillfully brewed, interesting, and a beer that needs to be sought out and tried since it has the potential to expand horizons. Excellent.