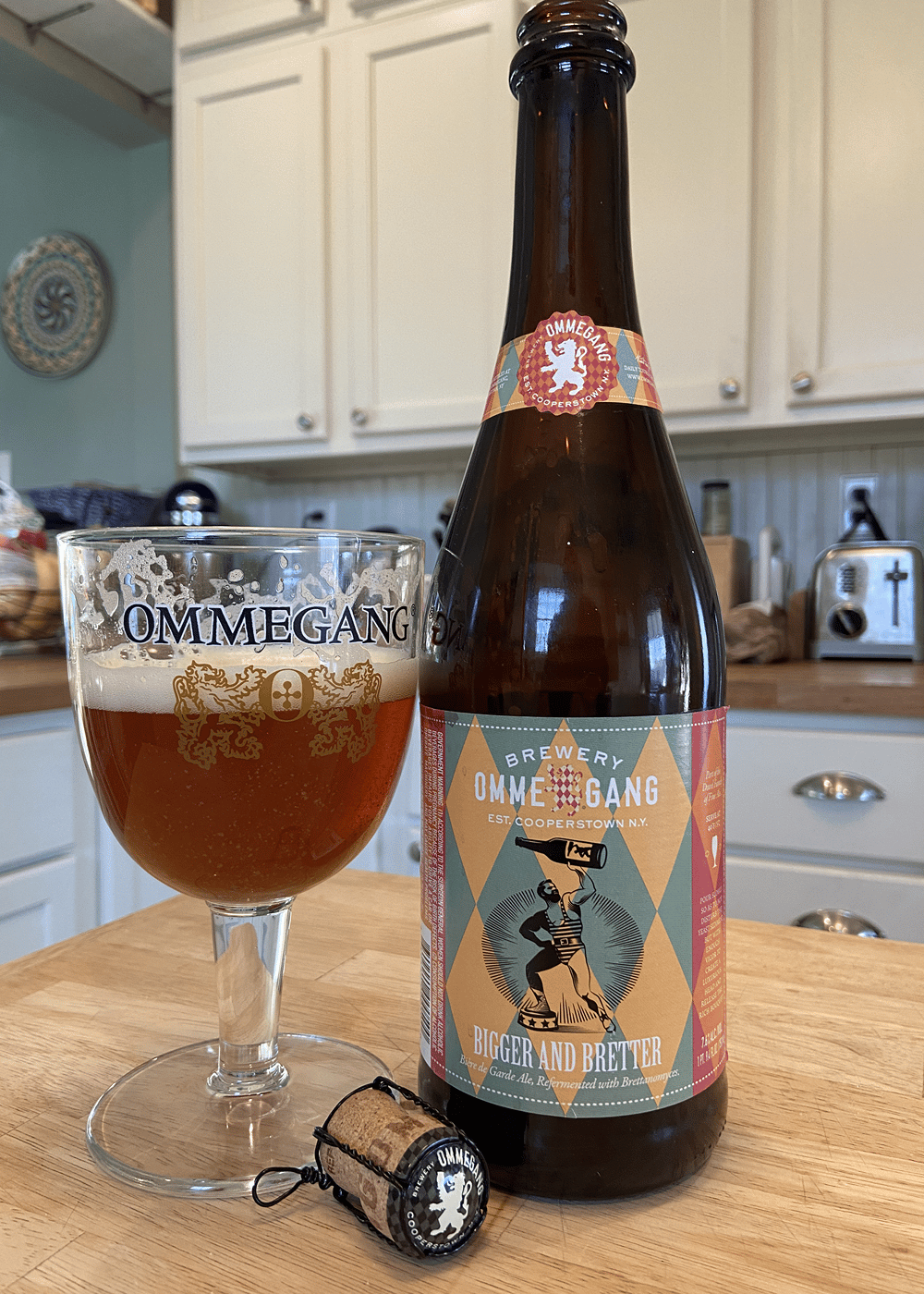 Oh how the mighty have fallen. Ommegand in 2022 is a shadow of its former self (another conversation altogether), and this beer takes us back to a different time when the brewery was truly a great force in the USA.

Tremendous pop on opening which delays my fears of the beer losing its carbonation after this amount of time which is a great thing, BUT if I am totally honest. even though the pour, head, retention and lace are all excellent, it doesn’t drink very highly carbonated. This is not the first time I have had this beer though, and some old notes form 2017 show me that this is just a function of time.

Great orange gold body, and as I say above, a lovely bone-white head with great retention and lace.

Nose offers some funk, but once again this doesn’t come through very strongly in the tastes, It’s hard to tell (at this stage) if this is because this is a fruity BdG, OR if the funk has inevitably dropped off over time. My guess is that it is some combination of each.

It’s incredibly smooth in the mouth which I would prefer it not to be, some prickly carbonation would be good, but TBH, once again, a function of age. No criticism here.

Light fruit, light acidity and light funk all complete a little with one another, but at this age none of them are as strong as they should be. The same is true of the alcohol. Younger this was great, with all of those elements cranked up a few notches. Now it’s drinking like a mature version of itself which, of course, is appropriate and still pleasing. Some sharpish apples in there, but also sweeter softer, rounder fruits. Gentle acid breaks across the palate and tongue occasionally, but it’s not aggressive and it’s not strong. Fruit is the abiding memory.

This beer has changed a lot over the years – of course it has – but it’s recognizable as what it once was, it’s just a bit slower, a bit rounder, and a bit less aggressive than it was years ago. Just like me. Fresh this was tremendous, at this age it’s still acceptable, if not commendable.