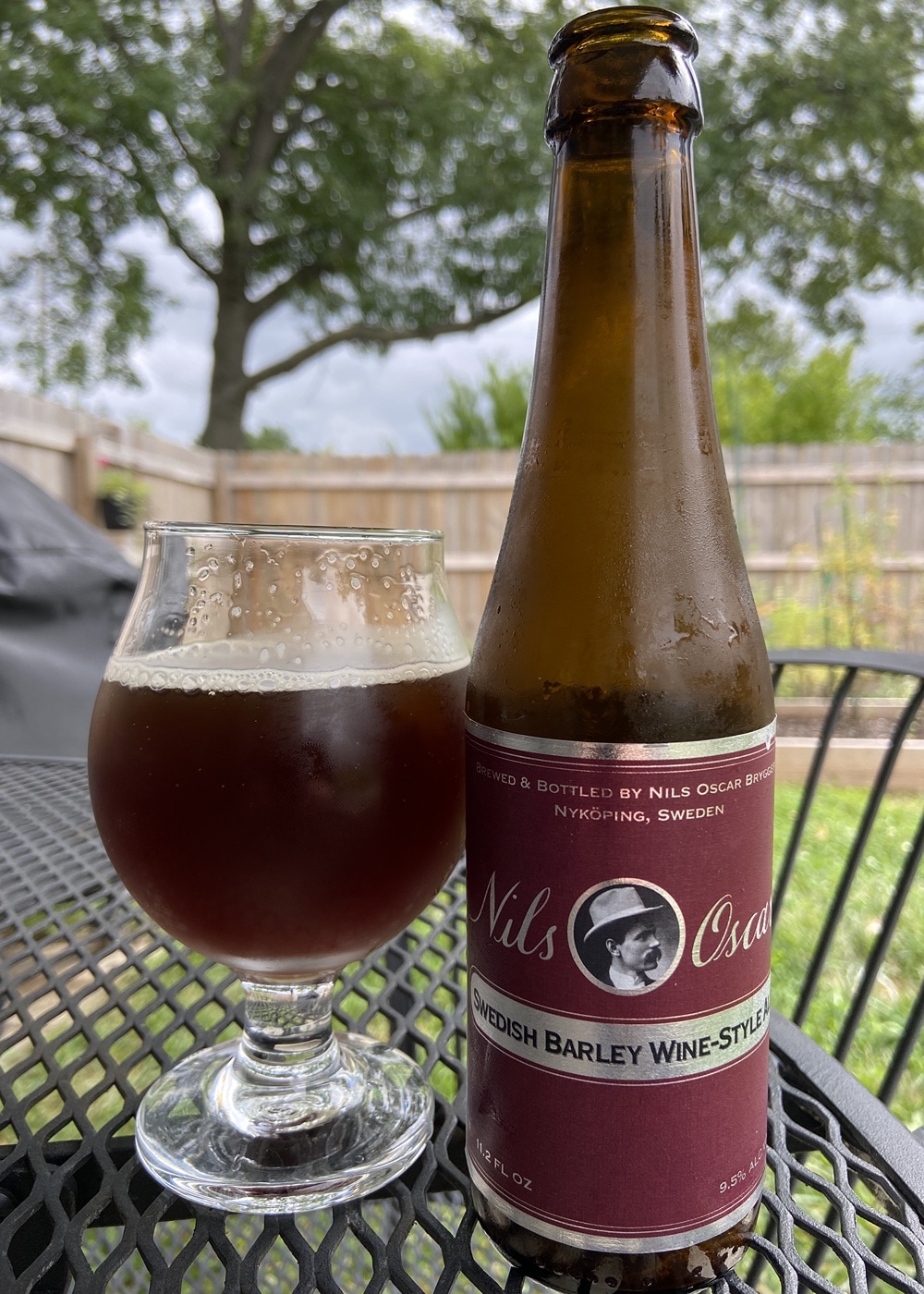 Mmm … OK, here’s the deal. I ran across this bottle in September of 2022 in what looked like a store that had not been open too long (Crown Liquors at 116th Street in Indianapolis) and thought it VERY odd! I haven’t seen this beer in the US for at least 10 years, possibly even longer than that, but I thought, “OK, this store looks new, it might not be old stock so let’s see if this beer is back from the dead and is being re-distributed.” Then I get it home, and see the Shelton Brothers text on the label, so bang goes that theory …

On opening it’s obvious that this is ancient stock, found by Crown somewhere in a warehouse, and put out on the shelves without regard for customers. It’s not so bad for me because I knew I was taking a chance, but if you’ve never had this beer before, didn’t know about Shelton Bros., and were served up this, it wouldn’t be fair to you.

Into the Ommegang chalice, the body is a crystal clear bright orange. Attractive color. Thin film of head on the surface but virtually no lace.
Not much hop presence until the swallow, which reveals some alcohol. Plenty of residual sweetness as you would expect from the style.

Definitely English in the BW category and a nice, simple one at that. Pretty light in the mouth, alcohol well hidden and easy drinking. I suspect that this beer will be misunderstood in the US where most BW drinkers are looking for huge hops in the American BW style. Ho hum.