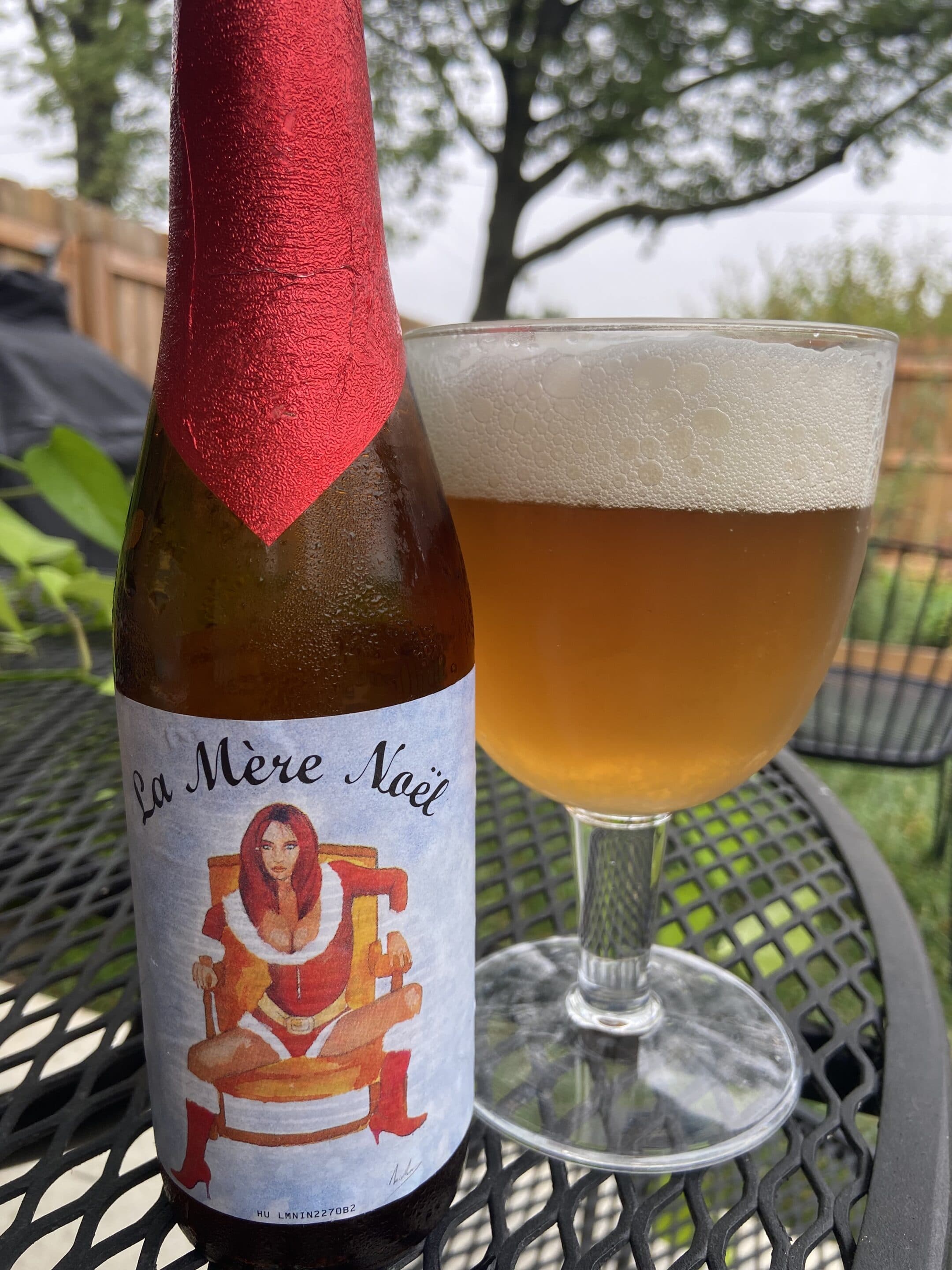 Pour is as expected for the designated style, if not necessarily for that of a beer that is a Christmas offering.

Clear golden body, and a large bubbly white head to accompany it. Minimal lace (but some), and the head is lighter and more wispy than one might expect. Mouthfeel is a nice combination of smooth and creamy, and has a little prickly liveliness about it.

Tripel, Belgian candy nose with requisite alcohol. Tastes are similar, with a drier bite at the back end than the initial burst might suggest. Finishes pleasantly dry after the sweeter alcohol up front. Could be a Tripel, could be a BSPA, either way it’s fairly predictable. Not that’s a bad thing necessarily, one of my pet peeves is when the contents of the bottle don’t match the style description, but again it comes back to the Christmas angle not really being fulfilled here.

There’s really nothing about this beer that says “Christmas”, at least not in the traditional sense of what we might expect (dark malts, spices etc.). There’s also not a great deal that puts it a different lane than Delirium Tremens (yes it’s drier, and not so sweet, but still).

Absolutely fine, but probably not as exciting as it should be.