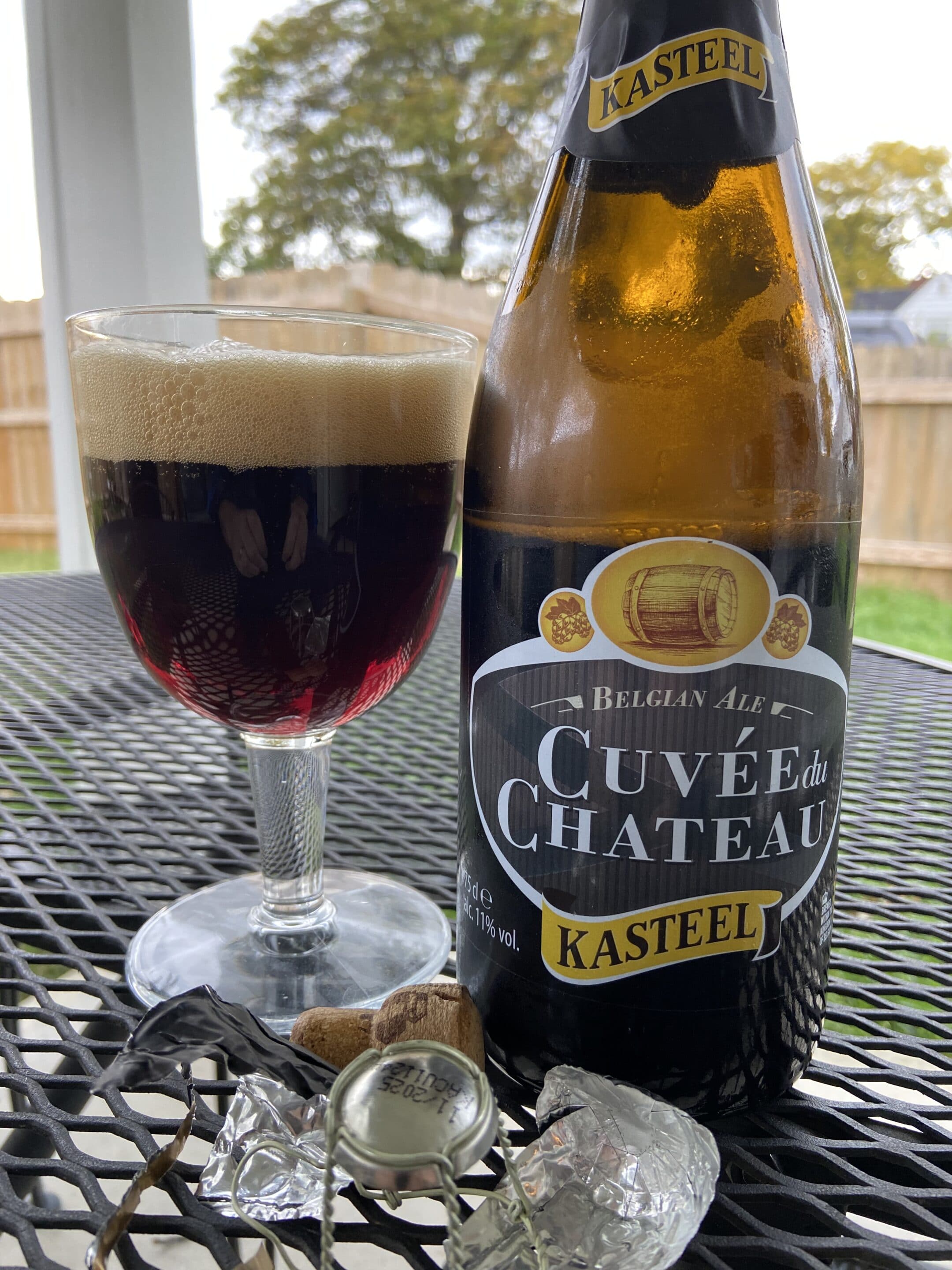 Just about 11 years since I made the original notes below. I’ve drunk this beer a few times in between, but without additional notes.

Pour looks more black, and the head and retention are both better than the original notes. Again, not quite as sweet as one might think, and it does maintain that burned, almost licorice element. In fact, the licorice notes are strong here. Smooth, still very drinkable, the beer warms but the ABV is not as aggressive as one might expect.

VERY excited to try this as I generally love the Kasteel range. You have to like REALLY sweet beers, and I do, so these beers are pretty much right up my street. This should be no exception.

Pour is a mahogany brown with a nice frothy head. Relatively short lived, but still solid. looks nice, has good clarity and is well appointed. Nice.

The aroma is a mixture of some alcohol soaked raisins and a touch of burned malt.

The beer is not as sweet nor as complex as I was expecting. In those regards it lets me down slightly, however it still tastes superb. A little warming alcohol stills on top (and at the back end of) some gentle marzipan and a fruity blast. A touch drier than I was expecting, but the alcohol seems pretty well hidden to me.

A more gentle and subtle beer than I was expecting since it did NOT deliver a massive, sweet assault on the senses but still a superb example of the style. When drinking, the alcohol is a few notches lower than 11.0 % ABV would suggest and comes together nicely, but later I really felt the full force, almost as if the sweetness were hidden, but still came back to give me a headache!