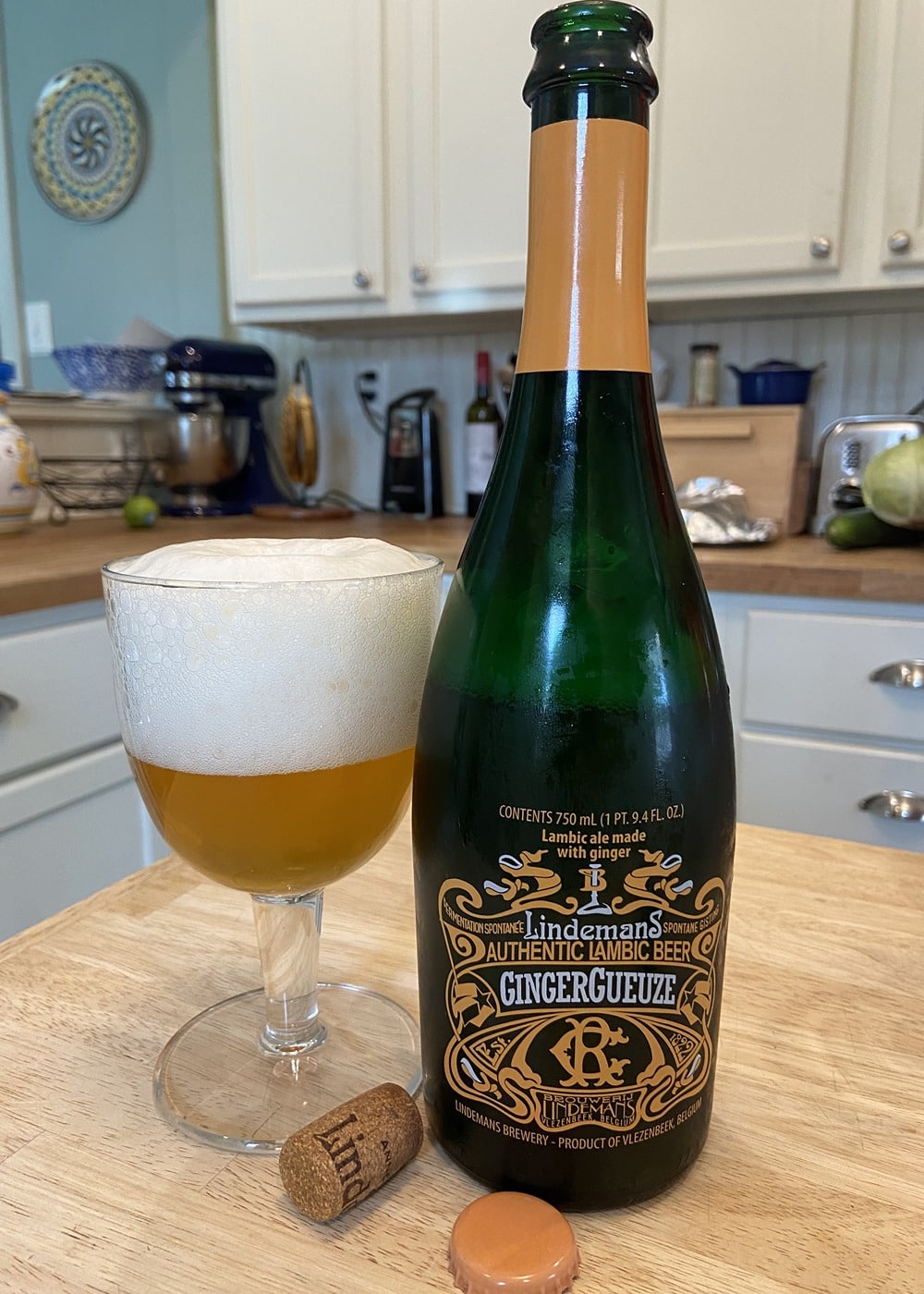 Capped and corked, the beer opens with a really healthy pop. Good gun-smoke.

Carbonation is HIGH – not exactly a gusher, but this beer is extremely carbonated. Orange body. Lace is very good as well. Pretty. The carbonation makes for a lively mouthfeel.

I’d heard rumor that this was really tart, but it isn’t, at least not on my palate and that’s a good thing as far as I’m concerned! There’s a decent whiff of ginger in the nose, and a touch in the beer and aftertaste, but if I’m honest I don’t think that I would have known that was the added element here. The beer does have a nice gentle edge of warming fruit, and I suppose that’s the effect that the ginger imparts but in no way is this a heavily ginger infused beer.

Very light with plenty of tart elements, but it never feels sour, or acidic, or ethanoic acid-like in its presentation. There is a LOT of lemon for me, really strong, and as the tart elements build the ginger gets pushed further and further to the back-end. Additionally, if one stops drinking the beer for a few minutes, the ginger seems more recognizable and a little stronger, and the carbonation can induce a few ginger based burps!

It’s very smooth and highly drinkable. Refreshing and very tasty, but as I said off the top, at $30 a bottle it’s not really very good value for me at least. Lindemans has (perhaps quite rightly) gotten a huge amount of stick for their fruit lambics over the years, but this is not that. At half the price I’d recommend it thoroughly, at his price point it’s less easy, but if you’re a lambic fan I would give it a go.