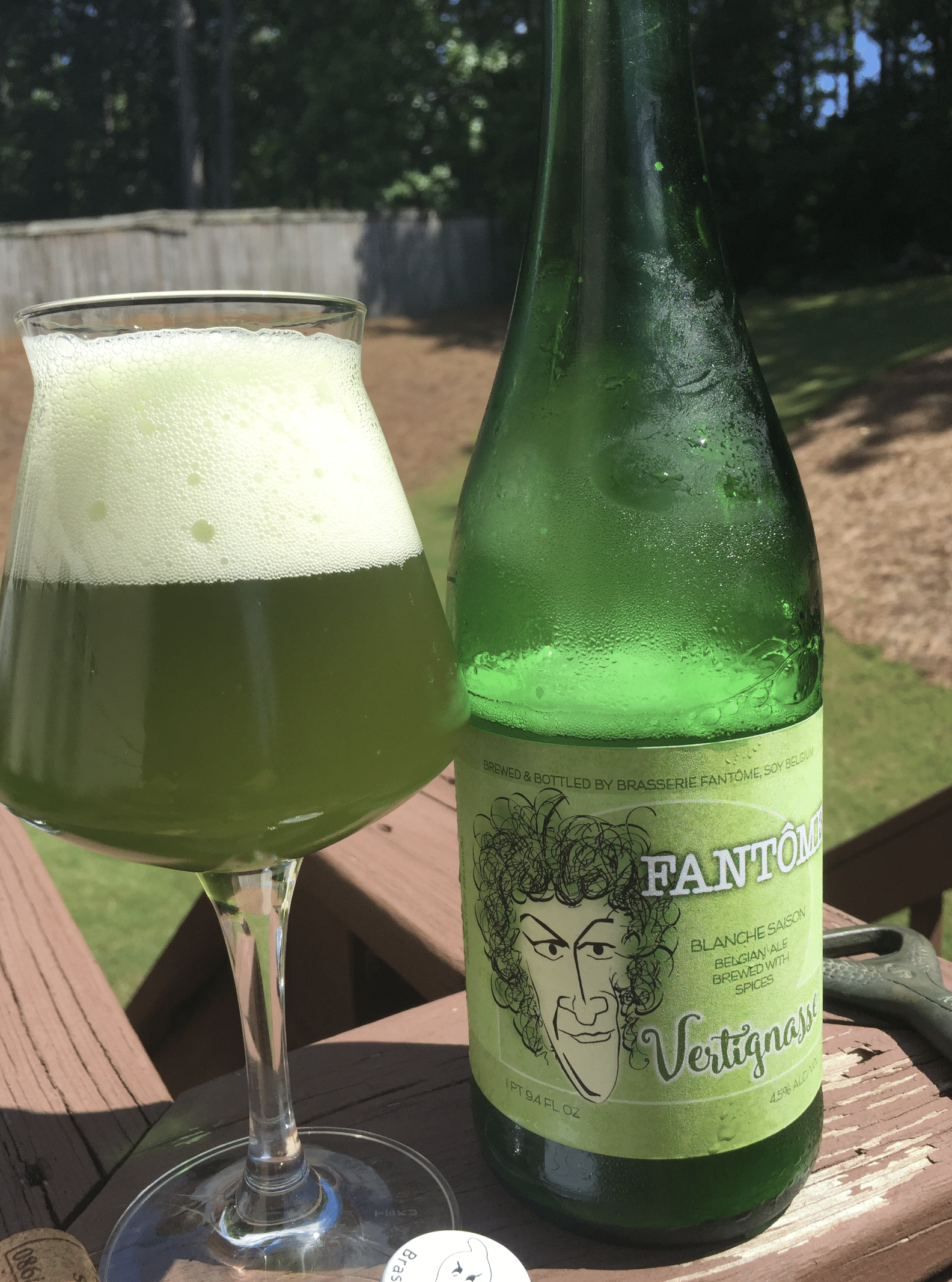 In late 2021 I found a few of the older (presumably 2017) vintage bottles languishing at Little Five Bottle Shop in Athens, GA, and although I knew I was taking a huge gamble I went for it anyway. A mistake (usurpingly), as they had all gone completely after 4 years of sitting around, and resembled a murky algae pons and were completely undrinkable.

Fast forward to a new shipment that recently came to the USA, these notes are associated with lot ac 6 21 best before end 2025.

The pour is slightly different. A bright, translucent, lime green color that looks great. Plenty of quite bitter, citrus peel and pith make up the majority of the upfront tastes that sit against that lemonade shandy effect that I mentioned back in 2017. Still crushingly drinkable, even if much less sweet that I recall from 5 years ago.

Of all the Fantôme bees I’ve drunk over the years, I suppose that one would say that this is the most quintessential given that it’s utterly mad.

Grass green pour, it resembles a grass based smoothie.

Carbonation is decent, and there is a obviously really interesting look about this beer. I read a few reviews that said the carbonation is poor. Not here, and that’s just probably a function of the nutty business associated with Fantôme “quality control”!

Nose doesn’t give away much other than the potential for some tartness.

Surprisingly perhaps, the beer is not tart at all, in fact to me, it feels a little sweet. Almost like a lemonade shandy type feel. The funky tartness is very subdued, almost disappointingly so.

The beer feels EXTREMELY clean and drinkability is off the charts. Light lemon keeps coming through and the beer is incredibly refreshing. As the bottle drinks there is competition for the tart and sweet elements, and the acidity cuts in a bit more, but the beer remains largely sweet with a very stratifying light, fresh lemon touch.

Again, and extraordinary beer from an extraordinary person. Dany is “mad” from what I can tell and all that I’ve heard, or at least that’s the word, and there’s nothing about this beer to suggest that myth is not true.