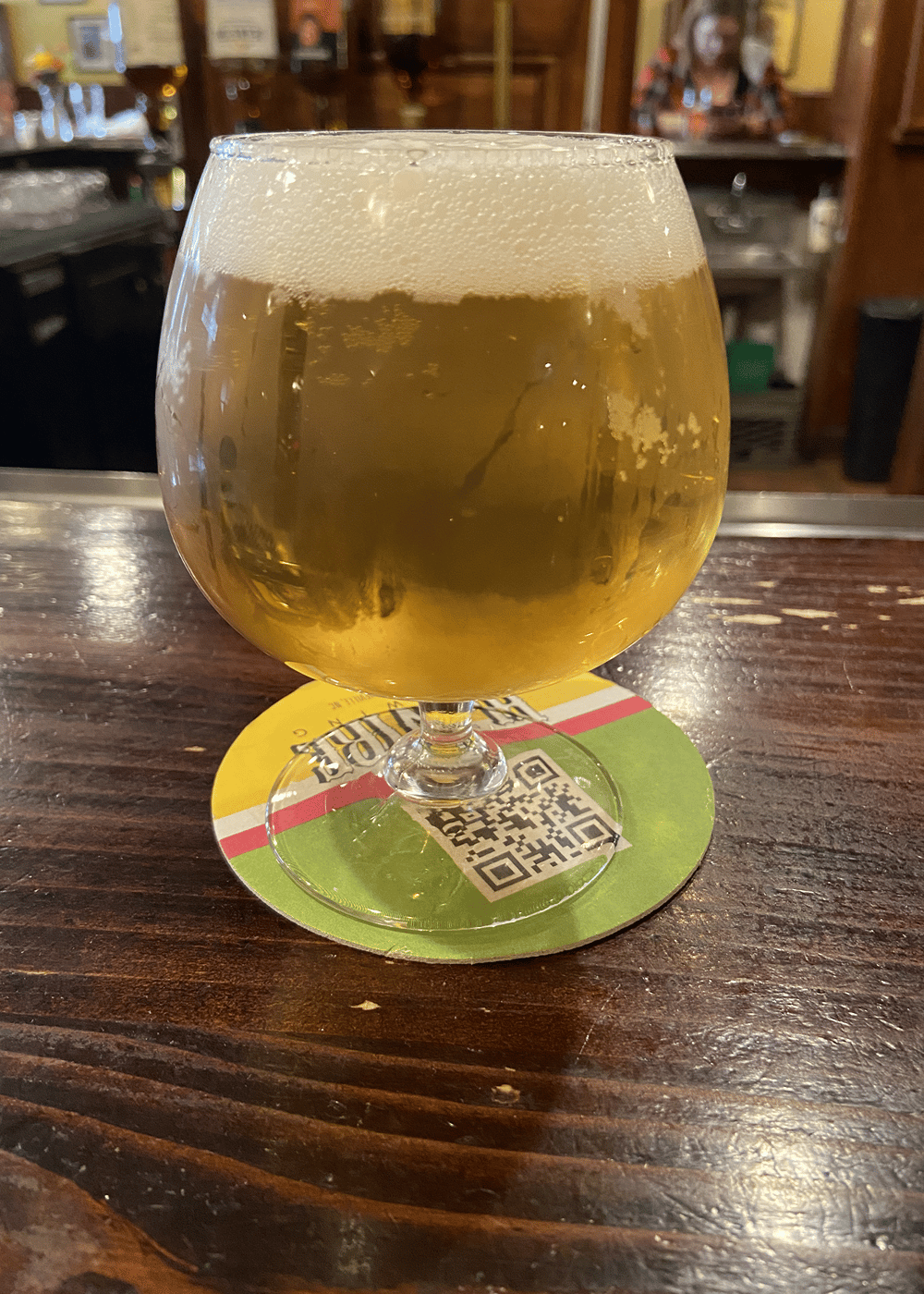 Odd that I have no notes on this beer until now, I’ve had it several times previously.

Appearance as expected with decent lace and a lingering film on the surface of the golden body. Crystal clear.

Nose is very sweet – surprisingly so, and the overwhelming experience in the aroma for me is wave after wave of pear drops.

No oily slickness or cloying elements in the mouthfeel – dry.

The pear drop experience follows into the initial tastes, but it dries VERY quickly. Again, surprisingly so. Alcohol is present, but it doesn’t build very much, and not in the manner that I thought it might. This beer is oddly clean and the tastes very neutral compared to the experience I might have been anticipating.

Some fruit, but ever dry, especially in the back end. The back end dry nature starts to become a touch bitter. Remains clean. I’m amazed by the lack of sweetness here. Clean, dry, and strong and not a beer that does what one might expect.