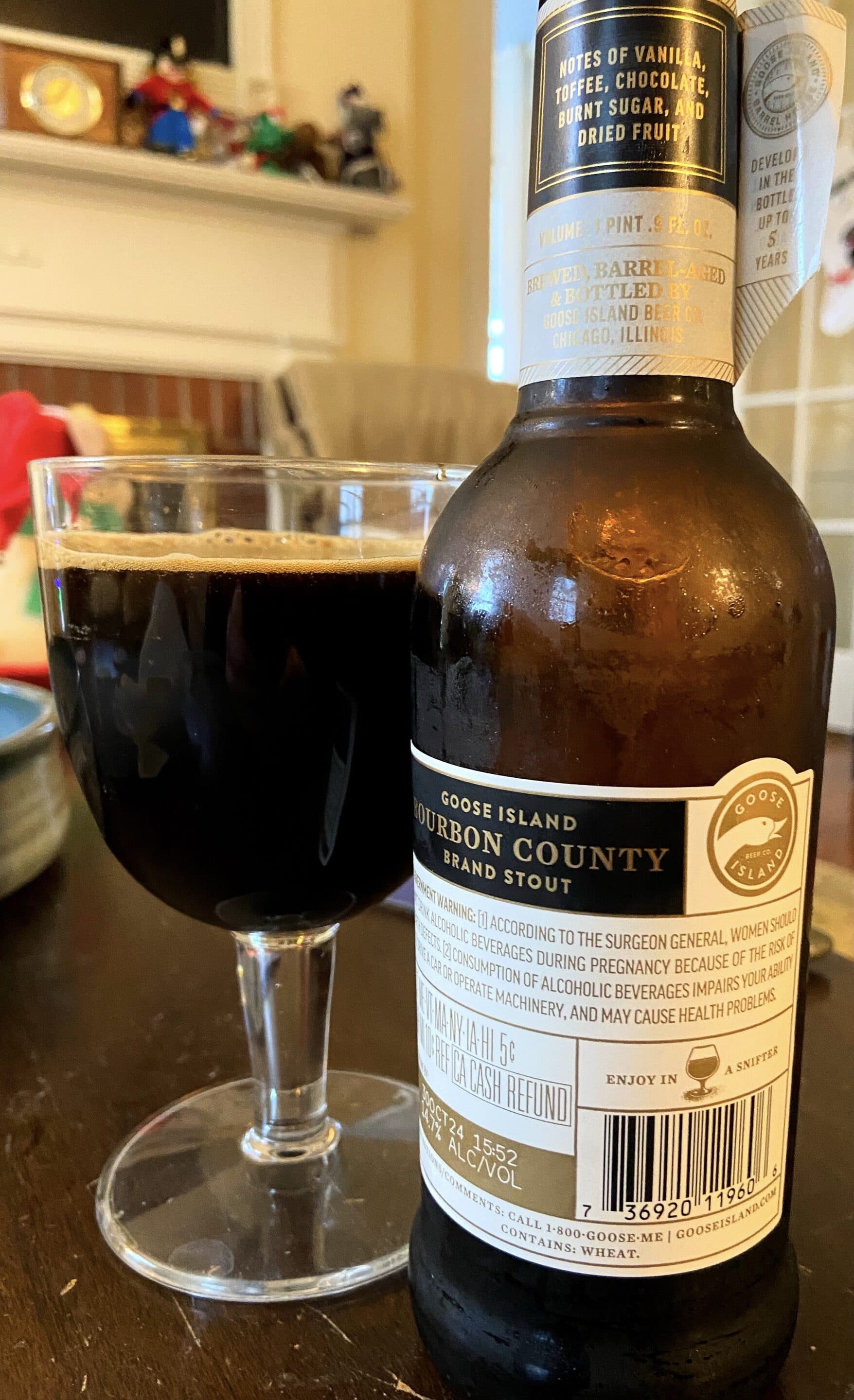 So I looked to see how many notes that I had for BCS over the years and I see only these from 2006. Has it really been that long? Was this close to the first year of BCS? I suspect the answers are, “Well, yes”, and “Almost”.

Full disclosure. I’m not a pant-wetting fan boy for hyped beer – never have been – and I’m not much of a fan of booze-aged/infused/barrel beers (with the exception of a good wine barrel) if I’m honest, so that odds are stacked against BCS from the outset with me. That being said I’ll try (almost) anything once, including this two year old offering at $14.98 a bottle.

Pour, appearance and nose are as expected. I would say ‘lifeless’, but the appearance is at best relatively passive. At this age and this ABV I’m not expecting much in terms of carbonation, but it’s a bit disappointing nonetheless. Nose offers nothing other than a big, boozy note – again , as expected.

The beer remains hot in terms of alcohol, and of course the booze sits front and center. However, even with those ‘attributes’ it feels thin. There’s a real lack of depth about the beer at this age, and with nothing to compare it to (like an original 2019 review), I don’t know what to think. At least not anything other than I don’t care for it much, and at $14.98 a bottle that I’ve been had.

Plenty more heat and some mouth coating in the finish, but it feels just like it’s trying too hard.

Look, I understand fully what this is (and what it’s not), and the price is on me, but over the years I feel that Goose Island (and their owners) are having the pants down of many a naive ‘geek’. There’s absolutely nothing about this beer that changes my mind about that. Ho hum.