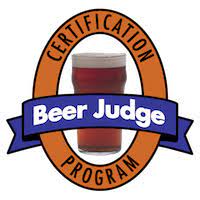 So, here’s a question for a commercial brewer – you know, the guy that must make money by selling beer. Not the homebrewer, not the ‘beer guy’, certainly not a beer blogger, but the person that needs to ultimately turn a profit from beer that they brew. Given that everyone understands that batches of beer sometimes don’t turn out as expected, or even fail completely, at what point do you simply either pitch a batch, or maybe re-brand it/market it as something other than what you first intended? My instinct suggests that disposing of, or at least re-branding, would be the way to go.

I ask because a few days ago I visited Summit City Brewerks. I’ve probably been to SCB about a dozen times since I have lived in Fort Wayne. I must admit that on every visit I am totally bamboozled by the selection, and not in a good way. I am not wowed and confused over which of their approx. 36, on-premise brewed beers to order, rather I mean bamboozled in the sense that I always think why the HELL would such an establishment be attempting to put out such a colossal spectrum of beers? The dizzying, confusing philosophy in relation to the sheer volume of different beers that they are brewing is a question for another day, but the because I find that quite often the beers are not dialed-in in terms of style is, in part, what I’m asking about here. The sheer volume of their output and the stylistic muddiness may well be related, but for now, I’m not making that connection. Back to my most recent visit.

For a start there are probably only about five or six of the almost forty beers available that I would ever order. To be fair, that’s enough. Who needs more? In that regard, narrowing my selection is pretty easy, and I initially opt for 5 oz of a Barleywine called Deaf Forever, and a so-called Baltic Porter. The pours arrived simultaneously, and as I was wrestling with the QR code used for the menu on my phone. As I look up, I see (even in the relatively poor light) that one of the samples is essentially black in color, and one is a murky, but absolutely obviously, lightish brown-red. No alarm, those SRMs are what one would expect for those beers, right? So what’s the problem?

Presumably you’ve worked it out at this point. Yes, the Barleywine is the black beer (I’m somewhat unbothered by that since there can be a range of colors acceptable there I feel), but the ‘Baltic Porter’ is the other. So, back to my original question. Given that such a thing can happen to even the most seasoned, skillful brewer, who STILL decides to place this beer on the menu as a Baltic Porter?

I guess my point its this. I KNOW that BJCP gives SRM ranges of 17 -30 for the style (which seems absolutely astonishing to me on the low end), but how many people are going into a bar and ordering a Baltic Porter that they aren’t expecting to be basically ‘black’, possibly with some burgundy/red highlights? Are those people ones that know a lot more about beer than I do? Maybe. Maybe I’m totally off-base here, but the bartender seemed to largely agree with my analysis. What are you expecting to see in the glass when you order the Baltic Porter? If I brewed that beer, there’s no way on earth I’m marketing it as a Baltic Porter.

After that experience, I furtively ordered 5 oz of a Bock called Brewerks Bock. All three 5 oz glasses were returned only half-consumed, not because any of them necessarily tasted particularly unpleasant, but rather because stylistically I had a huge amount of trouble distinguishing what was going on in each glass. I think if you’d given them to me in a blind (but being able to see the color!) tasting, I’d never have guessed ANY of the styles. Each seemed like a beer that had been brewed competently in terms of the mechanics of ‘making beer’, but without much reference to style. I suppose this could be just another element of the contemporary, US brewing scene that I don’t understand. After all, the commercial brewer presumably knows the majority of his audience, and if there’s no need (or desire) to hit a bunch os stylistic parameters, then why worry? Maybe I’ve lost all of my previously acquired beer knowledge? I dunno, but either way I was left disoriented and confused.

It’s probably worth noting that because none of the beers that I tried seemed poorly brewed, and it was really only the style ambiguity and uncertainty that was putting me off, that people drinking SCB beer who are not thinking about styles as deeply as I might be (i.e., almost everyone that enters the building), will probably find their offerings perfectly acceptable.

It should be noted that on the plus side at SCB the final beer that I tried was called Disgruntled Hamster, that they describe as a ‘Hoppy Wheat’. Somewhat surprisingly at this point in my visit, the 16 oz was very nice. Stylistically on point (SRM looked great too), clean, refreshing, and I really enjoyed it. Perhaps making 75% fewer beers would sharpen focus across all beers and styles even more?

In summary, there’s a lot going through my head here. Are styles moving around a lot in the field (not in the BJCP) in the majority of the contemporary US market? Are styles, or at least classic styles, a thing of the past in the same market (see generic ‘sours’ everywhere)? Is this just a local, SCB ‘thing’? If it is a SCB ‘thing’, is it related to the bizarre number of beers that they offer at any given time? Many questions, few answers, I think I’ll have a beer.