The Trubble with Chad Hankee 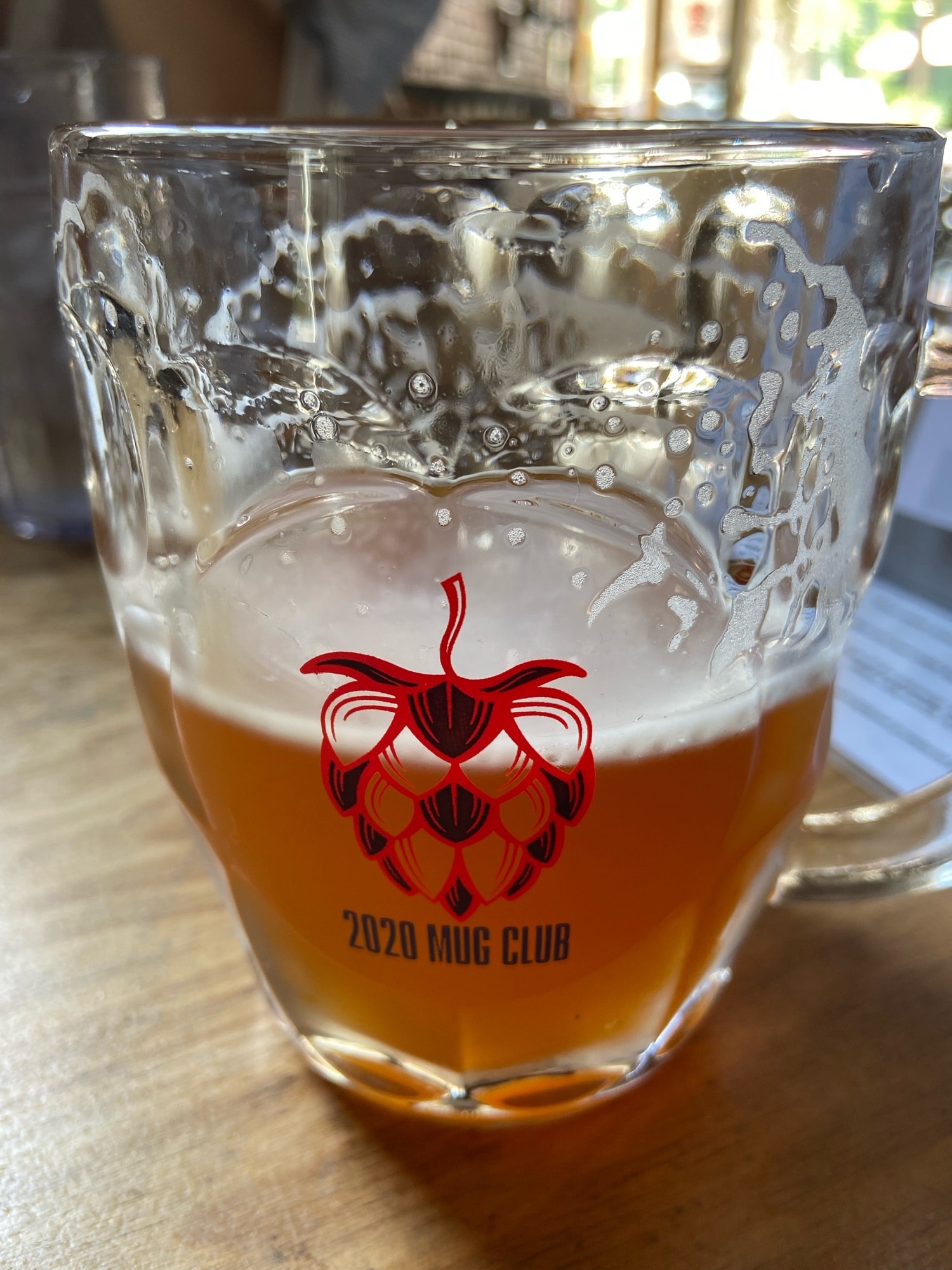 When Chad Hankee says he’s bored, you’d better get ready for some changes. Here’s a man whose projects, and indeed life’s journey, have been about bending in the wind and changing tack; and that’s not just because he’s a keen sailor. Chad and I sat down at Trubble Brewing Co.’s mothership on Broadway in Fort Wayne, for a natter about carpentry, web design, science and beer.

As Trubble approaches their 6th anniversary in November of 2021, I asked Chad to reflect on what had gone before, and how he had got to this point with the ever-expanding brewpub empire. A North Manchester, IN native, Chad finished his high school days at Homestead on the south side of Fort Wayne. As a young man he was drawn to carpentry, and an apprenticeship took him through a number of years working toward becoming a Journeyman. Further school and experience allowed him to hone his structural engineering skills on multiple architectural and building projects. As all of us who have hung around bright/brite tanks for any amount of time know, skills like those he learned in the early part of his working life are absolutely invaluable in a brewery. Those apparently unconnected paths, separated by the best part of thirty years, certainly seem serendipitous now.

What was more surprising was when I learned that in the time between his early days working in what we might broadly call ‘the construction industry’ and opening Trubble, Chad spent 14 years running a web design business called Modine Designs! When I asked him about these diverse interests and skills, Chad causally put it down to boredom in one form or another. He says, “Moving from job to job was always what I did”.

Chad spoke of his own ‘beer evolution’ that mirrors so many other people in the US in the early 2000’s. Macro adjunct lagers, through nationally distributed beers like Fat Tire, on to IPAs, eventually progressing to a full appreciation. Much of that passage was developed via drinking at Mad Anthony with his best-friend. That same best-friend was Chad’s brew buddy, but when his brewing partner moved away, Chad decided to buy is own system. Like a number of his Fort Wayne brewmaster peers, he quickly moved away from the simple extract brews of his first few batches, and on to more sophisticated beers on the new system. His early beers were based upon traditional styles, and some of those brews are still in evidence in Trubble’s regular rotation to this day. Mindtrap, DogJaw, Dogslobber and Blind leading the Bland were all beers that were born in one form or another on that initial, homebrew system. After four or five years of perfecting them and gaining experience, Chad’s need to move onwards and upwards kicked in again. He decided to open a brewery – as you (he) do (does)!

Building and opening a brewery is no small task of course, and any homebrewer-turned-brewmaster will have a similar story to Chad’s. It took him around a year-and-half to find Trubble’s Broadway location, in the building that used to be Chappell’s seafood restaurant. He was familiar with Chappell’s since his dad, now a retired dentist, used to take him there as a kid. Look to the right as you enter Trubble and you’ll see the old Chappell’s logo emblazoned across the back-rest of the bench seating against the right-hand wall. Another year passed as the building-out and renovation stage was completed. This included some tricky negotiations surrounding the ornate, tin ceiling (check it out next time you’re at Trubble, it’s beautiful) and how it fitted in to the fire regulations. Then Trubble ran into a long delay with bureaucracy as Chad waited on the processing of his small brewing permit at the state and federal levels. That was when Chad took the decision to open Trubble as a Taproom (i.e., a pub) without his own beer actually flowing. This was a slightly risky proposition since it drew a little flack form some quarters. People looked on skeptically as the brewery that didn’t have any of its own beer on tap, ‘opened’. It took about three months for Trubble’s own beer to start flowing, and some of those early commercial batches were a bit bumpy. Coupling the determination to not put beer out for sale that was sub-standard, but also waiting on raising the capital to buy a $2000 carbon dioxide testing machine, made for a difficult balance. As Chad freely admits, some of his early beer wasn’t the best in terms of its carbonation, and as he says, “So many of a beer’s crucial characteristics like mouthfeel and aroma, depend on correct levels of carbonation”.

Understanding the science behind brewing is another thing Chad is big on. He is keen on brewing what he loosely calls, “Beers of Origin”. That means traditional beers with well-established geographical origins like his Maibock. As any brewer knows, one of the most critical aspects when thinking about such beers is consideration of the local water. There isn’t a style in the world where that matters more than English Bitter, and that brought us to a discussion about my favorite beer (pictured) at Trubble, “Yer Bitter AF“. Connected to conversations about water is another mantra of Chad’s, the idea of “Four Ingredients”. I suppose the very first fact that one learns as a person interested in beer, is that it is basically made from four ingredients; water, hops, grain of some description (the malt), and yeast. At one point in our conversation Chad describes himself as a brewing ‘purist’. He falls back on the “4 ingredient” conversation quite a bit, and of course relates his philosophy of brewing to being somewhat similar to the Reinheitsgebot. This guy is a traditionalist, and when the conversation moves briefly to the current ‘scene’, seltzers, and adjunct laden beer, let’s just say that eyebrows are raised.

It’s clear that whenever Chad sees an opportunity, he’s likely to take it. The expansion of Trubble to Promenade Park, and then to a turnkey operation taking over the old BirdBoy space in Roanoke, were seen as no-brainers by him. Trubble Riverside gives the brewery a whole new exposure to customers that don’t even know that the brewery exists. The Trubble Public House in Roanoke has given the brand a chance to get away from the more food-focused original location, and into a more drink-centered, pub vibe in the liquored licensed Roanoke space.

Keep an eye on Trubble going forward, there’s every chance that their kingdom will continue to expand, and if and when it does, Chad hopes that it will be part of an even bigger, general Fort Wayne beer scene. As he summarizes, a rising tide raises all ships, and a growing number of breweries can only help to raise standards and produce a better product for the local consumer. When that happens, you can expect Trubble to form a large part it, and it’s probable that Chad Hankee will be at the forefront, overcoming his boredom and pushing envelopes.