Hypocrisy, FRESH and on tap! 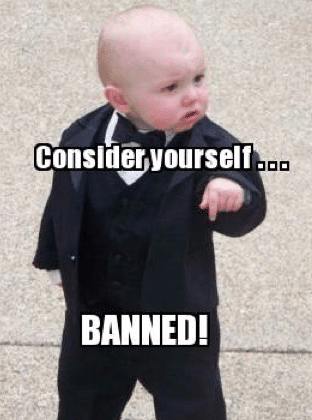 It’s always heart-warming to be reminded from time to time that there are so many of us out there that belong to the, ‘mistreated by beeradvocate.com‘, club. My own story is well-documented, and unsurprisingly there are many, many others that are similar and equally disappointing – and it’s STILL going on, even years AFTER this. I think there’s a pattern emerging here, guys!

So, this morning was a good one. I woke up to read Chad’s Beer Nut column at timesunion.com where he details, and reflects upon, his own expulsion from the site, two years prior. Nothing new there, but as I say, still good to be reminded that there are plenty ‘like me’ still out there. The piece rang especially true with me, as my own ban was instituted in the Spring of 2011 just a few months before Chad’s. Of course, on reflection the ban was a great thing for me, since this blog was born as a direct result of beeradvocate’s action.

I probably check the site a few times a month these days, often after I get a message from somebody telling me that my name has been mentioned on the forum somewhere.

When I do check-in, it’s obvious that the forums are an absolute riot of useless nonsense. Again, nothing to report there, all of that’s old news as well, but as I looked around the site this evening (having been provoked by Chad’s piece), I noticed something that I had not done before.

Having had all my reviews deleted from beeradvocate (after I managed to save them all), I knew that the Bros. hypocrisy in terms of respecting beer knew no bounds, but my visit this evening revealed yet another layer of disrespect. Not only have they kept all of my photographs of places & beer, AND have kept places and beers that I added to the database (all of which I already knew about), now they have now taken to crediting THEMSELVES as the sources of those entries – CLASSY! 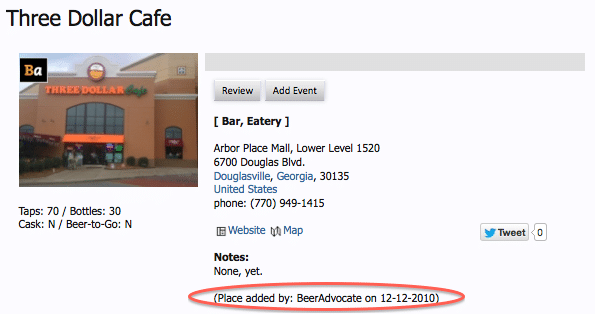 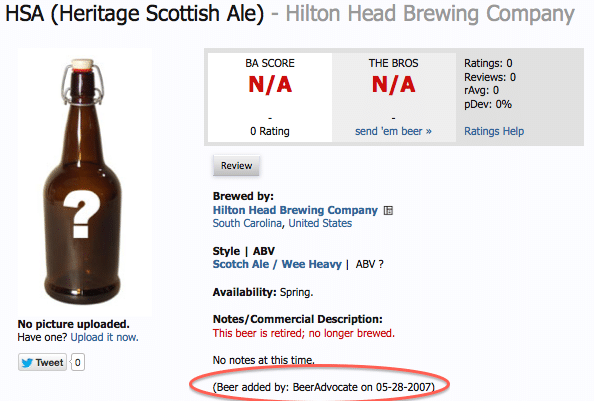