Well that was fun. Actually it was surprisingly uneventful, but four interesting things came out of it.

Firstly I was surprised that I didn’t lose any Twitter followers, at least I didn’t lose any when considering the net numbers. In fact, actually there was a net gain. Given that I was obviously way over my normal tweet quota for ranting about @sessionbeer with 171 tweets yesterday, 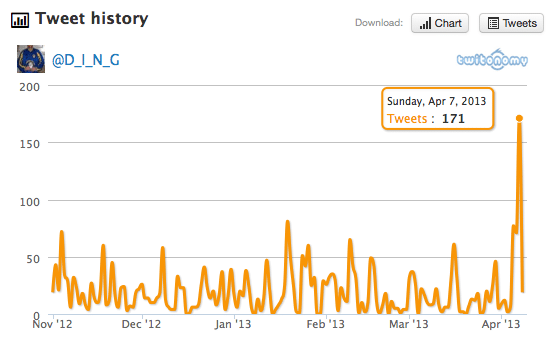 I thought there would be some drop-off. Apparently not.

Secondly the rich, beautiful, amazing and sweet irony that occurred with the @untappd #sessionbeerday badge was simply PERFECT! In a nutshell, the badges were being issued for beers up to 10% ABV! LOL! It came to my attention when I saw @gregavola’s badge announced on Twitter, and it just about made my day. @untappd was, at least for a while, perfectly mirroring the American beer scene by using the term @sessionbeer with a complete disregard for ABV. Beautiful! 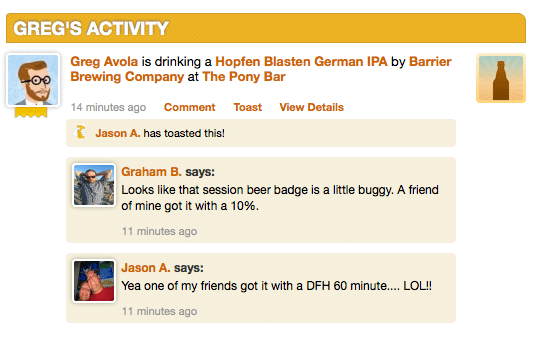 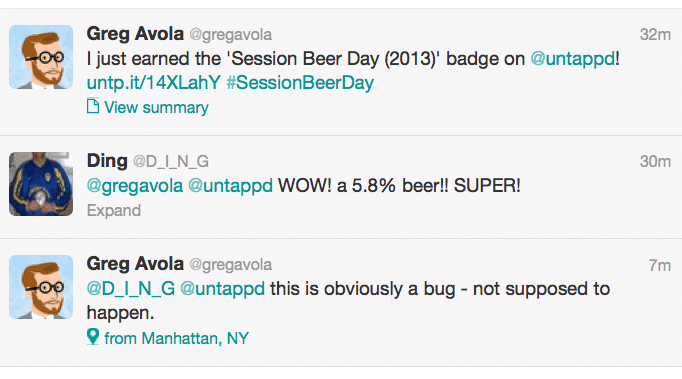 Thirdly, on Friday (and over the weekend) the folks at The Wrecking Bar Brewpub here in Atlanta honored/mocked/taunted me with Ding  – The English Bitter at 3.6%, that poured at The Brewpub in Atlanta and at the Classic City Brewfest in Athens, GA. I’ll take it as an enormous compliment. 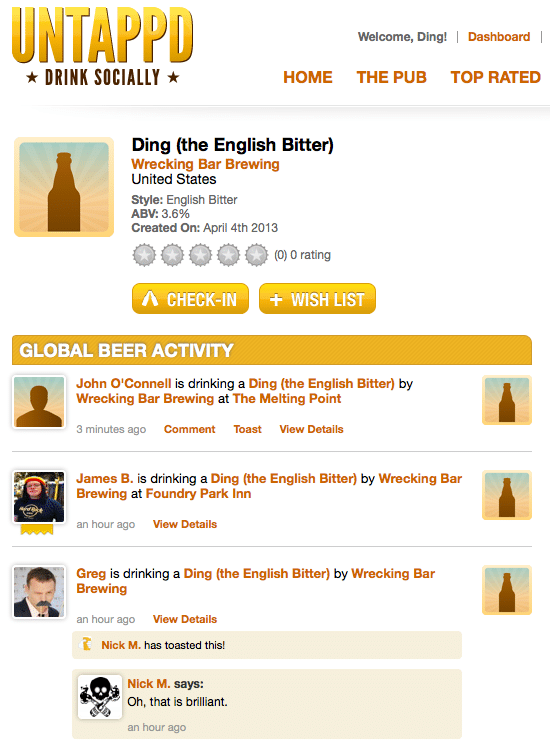 Finally and perhaps most profoundly, I learned about the detail of the The Cullen-Harrison Act that repealed the 18th Amendment relating to prohibition in the US, and that ultimately led to the ratification of the 21st Amendment in December of 1933. The original act (passed in April 1933) is the reason that yesterday was also ‘National Beer Day‘ in the USA. Obviously I was aware of the act prior to yesterday, and its historical context and meaning, but the detail had, for whatever reason, escaped me.

When I read that the ABW of 3.2% (4.0% ABV) had been specifically put in place since it was considered that beer with an ABV of 4.0% would be suitable for the masses since it was too low to be considered intoxicating, I almost fell out of my chair! PERFECT! Actually Americans DO know the correct ABV of session beer, they just choose to ignore it.