More Growler Stores? Really? Yes, and it’s not over yet.

Last Friday I received a comment on the blog from Brandon, General Manager at the recently opened JUGS Atlanta growler store in Sandy Springs. He invited me to swing by to say ‘Hi’, and to check out the store. It just so happened that I was almost simultaneously driving right by the location, so quicker than he expected, I was on the doorstep!

JUGS (Just ‘Ur Growler Store) has been open for a few weeks now, and I had been meaning to visit anyway. I had heard them being promoted by Chuck & Chernoff on 680 The Fan, so was happy to swing by for my first visit.

JUGS is situated on Roswell Road just north of Trader Joe’s, but it is tucked away a bit. If you didn’t know that it was there, you could easily drive right past, despite the signage out front on the road. Plenty of parking right outside, I stopped in early on a Friday afternoon, was there for about 30 minutes, and chatted at some length with both Brandon and the owner. In that time, nobody else came in. 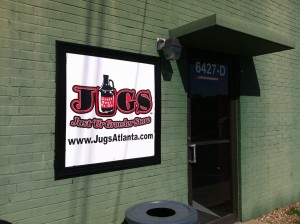 JUGS has 39 taps (+ one tap for root beer), and offers the standard 32 and 64 oz growlers. The 32 oz growlers come in two styles; a ‘medicine bottle’ style, and the more traditional ‘flip top’. I opted for a 32 oz flip-top of Brooklyn Fiat Lux.

In addition to the growlers they also have bottles in store, with about half-a-dozen large coolers available. Four of them were well-stocked on my visit, and the other two were awaiting inventory. There is also the option to mix and match 12 oz bottles in sixers. I went for a 750 mL of DFH 75 minute at $8.99 in addition to my growler purchase.

Inside the building there is the potential for a cozy atmosphere. They have a few bar stools which is a nice touch, but there is a lot of empty space that would be improved with perhaps a couple of high tops or some more furniture. I looks a little new and ‘immature’ on the inside, but there is plenty of time to develop a more specific and defined personality. A couple of digital screens display the tap options and prices. 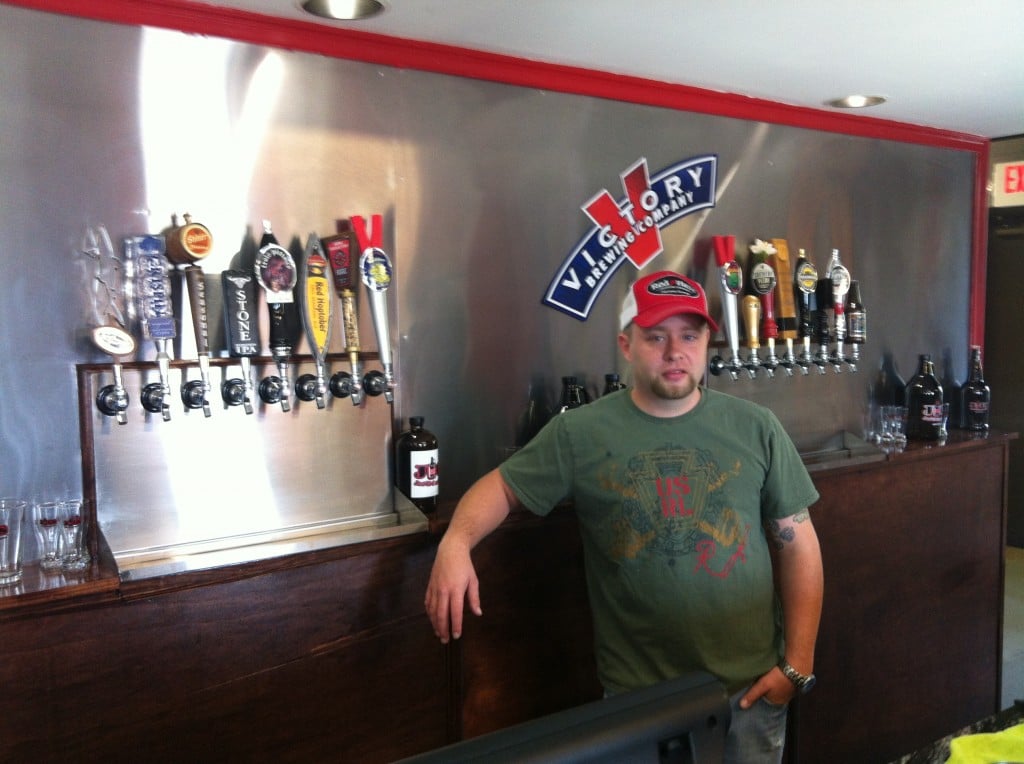 JUGS also offers tasting samples, which I *think* are free if you make a growler purchase – not 100% sure about that – but they do have some nice, tiny tasting glasses.

The three of us chatted about the huge preponderance of growler stores now in Atlanta, and the fact that apparently there are at least another three places getting set to open in the area – that’s in addition to the recently opened Moondog Sandy Springs location just up the road (which I also visited later that afternoon). It’s an extraordinary expansion in Atlanta, and one which I suspect is ultimately unsustainable, but only time will tell. 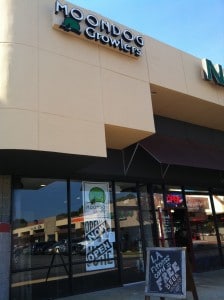 A very interesting part of the JUGS business model is that the growler store is owned by the same people that run the both the adjacent liquor store and the adjacent computer repair shop. That certainly offers an interesting combination of diverse endeavors, which can be really handy in business. It also allows lots of traffic to be funneled from the liquor store (a largely BMC venue), over to the growler and craft business – some nice synergy indeed. As such, it would appear that they have a pretty solid set-up with not only established businesses that can perhaps absorb any initial losses at JUGS, but also the added advantage of the liquor store connection. Hopefully for JUGS sake, this will mitigate the slightly non-visual nature of the growler store and help foot traffic to make it to the growler part of their business. 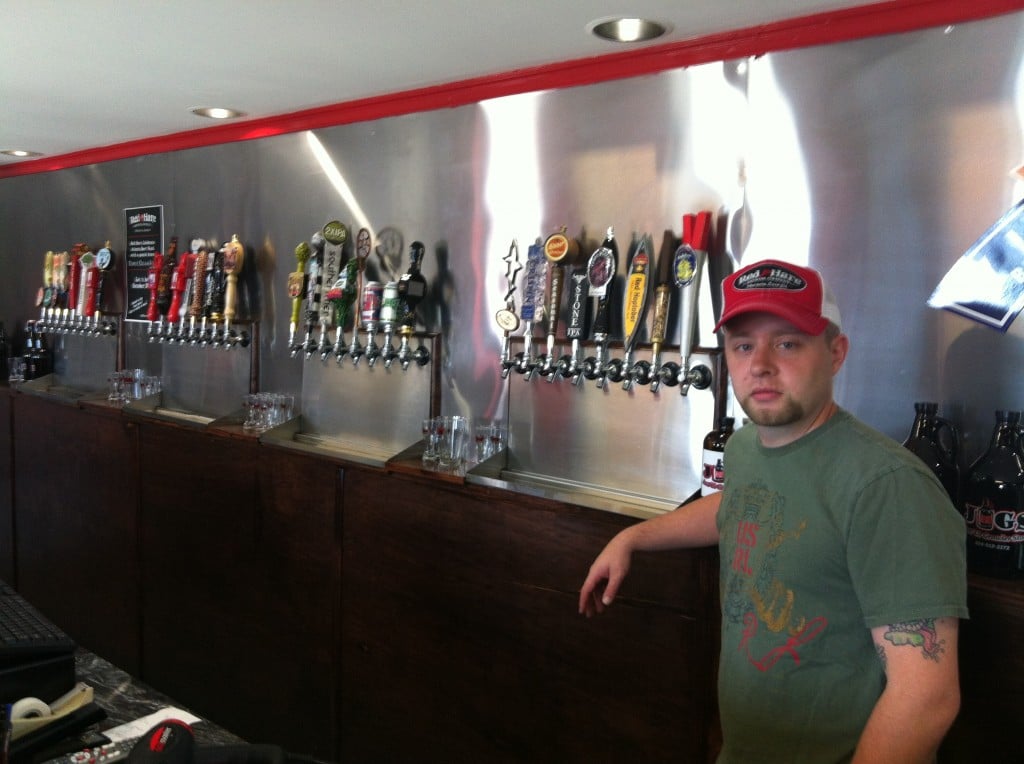 More Brandon for your viewing pleasure!

Time will tell how all of this shakes down, and it will be interesting to observe the development of this nascent marketplace. Good luck to all!