So, I’m writing this against my better judgement, but here we go.

Chad, of Chad’z video beer reviews, gave me a couple of his homebrews. First off, full disclosure. Generally I’m not a fan of home-brewed beer, period. There is very little of it that I have enjoyed over the years, and most of what I have had in the past has frankly been pretty average (at best), and often much worse than that.

He gave me the opportunity to try two of his beers, ‘Chad’z Accidental Session Beer’ and his, ‘Dave & Chad’z, Meth Lab in a Bottle’.

Chad says that ‘Accidental’ was originally supposed to be a chocolate stout, but the yeast stalled in the primary so he stopped the brew at that point, and bottled it at an ABV of 3.94%. The ‘Meth Lab’ is modeled on a ‘West Coast Imperial IPA’ with an oak barrel influence – what ever that is! It comes in at around 8.53%.

Both of the beers looked REALLY good – I mean REALLY good. The colors were deep and rich, and the head, retention and lace were all excellent. I was suitably impressed. 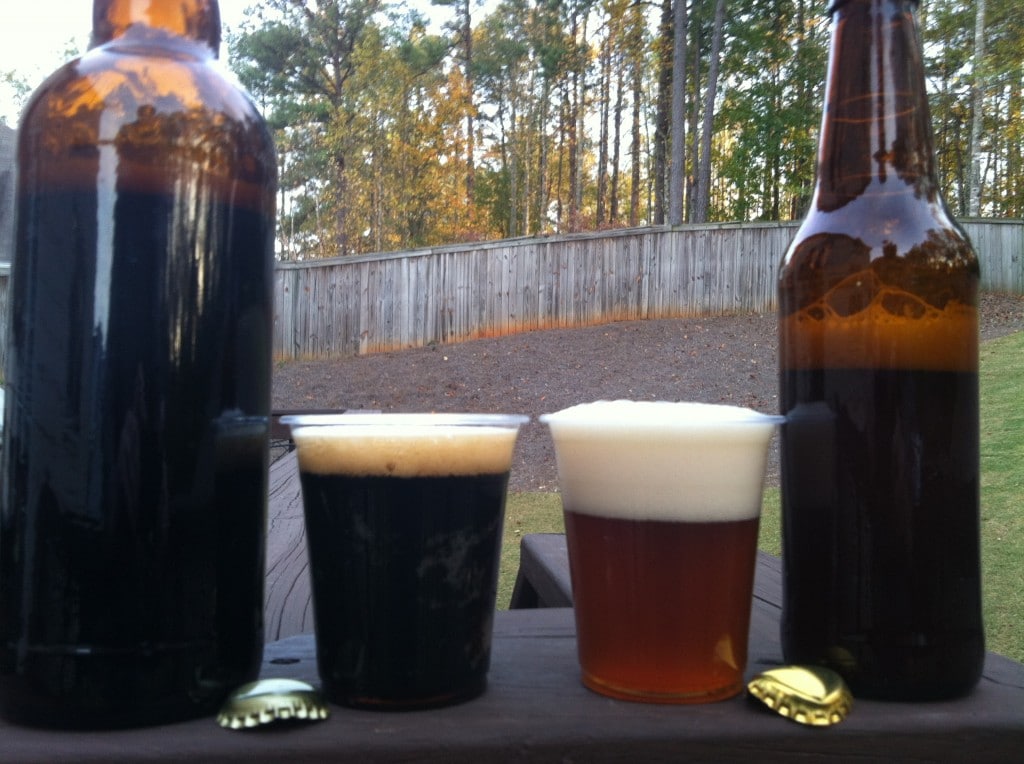 ‘Accidental’ essentially tasted a little like a slightly chocolate infused English Mild. I didn’t get much of the vanilla that Chad mentioned. The ‘Meth Lab’ certainly had some of the citrus orange notes that Chad mentioned, but for me suffered a bit from some solvent alcohol tastes. Both beers felt a little acidic to me.

To be honest, I would be absolutely delighted if I could home brew beer that looked as good as these both did, but I’m afraid the whole homebrew thing leaves me cold. Don’t get me wrong, if I could brew beer as competent as either of these I’d be pleased, but at the same time I would be surprised if someone else thought that my efforts would be any good.

To me, homebrew is a pretty straightforward thing. I can see the attraction of drinking and taking pride in my own, but when it comes to other peoples’ beer I’m not really interested – it usually disappoints.

Many thanks to Chad for taking the time, but I’m a really poor judge of such things and it’s probably wasted on me. Sorry.