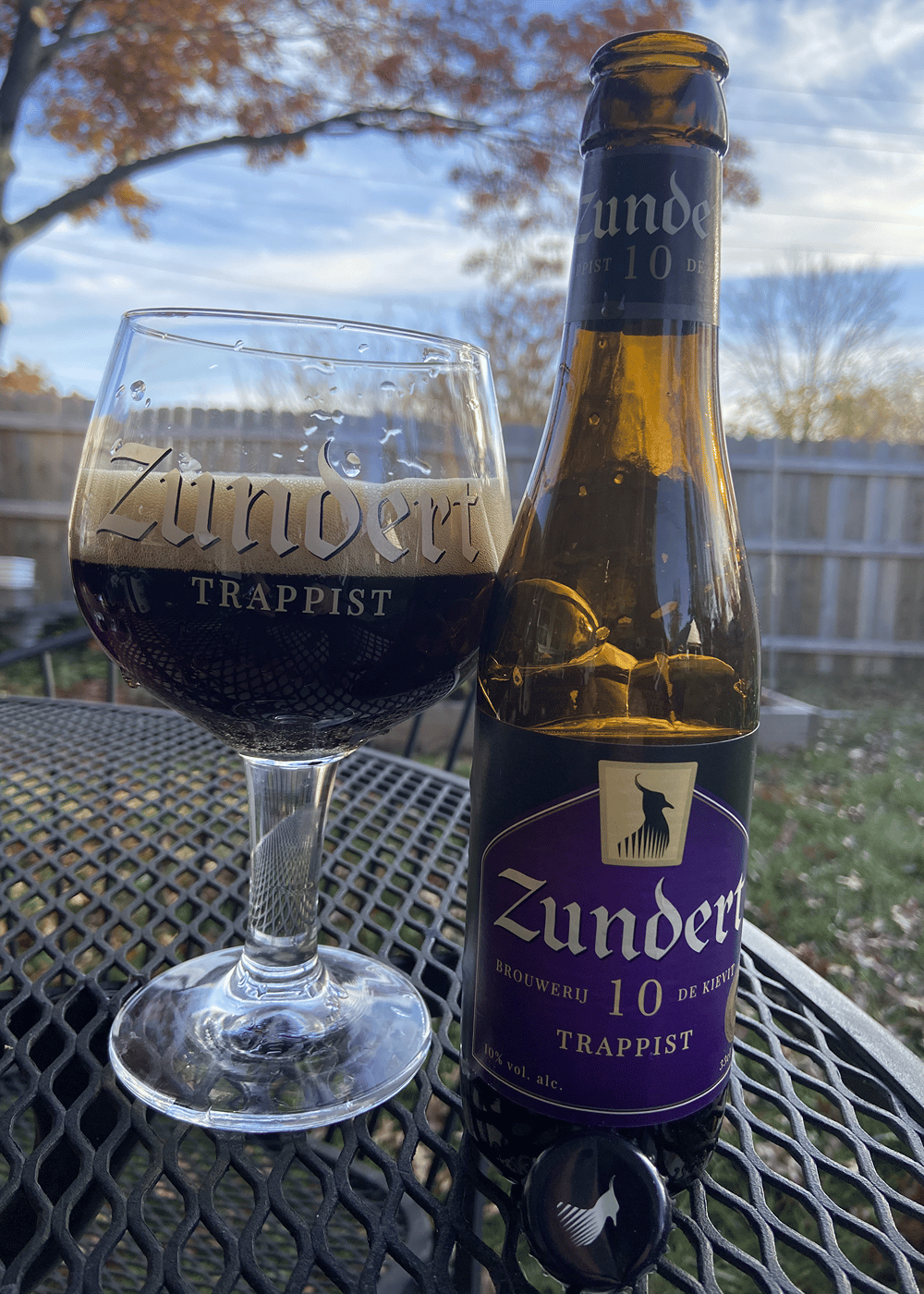 The context here is that this beer was consumed as part of a quadruple, Quad tasting with Westvletern 12, St. Bernardus Abt 12 and Rochefort 10, and also in the wake of a separate tasting of Zundert 8 which was rather unimpressive.

Surprisingly dark pour, close to black if the highlights are ignored – some dark garnet if they are not. Head is great, retention is excellent. Looks fantastic.

Nose and tastes have a decent amount of licorice and slight bitterness. Smooth. Finishes dry. The alcohol gives a little kick in the back end but the dry element of this (compared to the others in the group tasting) is surprising. There is some alcohol solvent in the far back end. Light warming, some raisins and more alcohol laden dark fruit.

There is a degree of bitterness about this quad that one often doesn’t find in others where the sweeter elements so often come through. This is not a knock on this beer, as it pulls together extremely well, and measures up against the three other well-established classics incredibly well. It works of two levels. Firstly holding its own in terms of quality, and secondly doing enough as a unique beer on its own to stand out and feel a little different. It’s impressive, and this is especially true against the backdrop of me finding the 8 so (relatively) unimpressive.

I’d say that you should definitely gives this a chance as a quad that can stand against those more familiar classics. Not because it will challenge them, but simply because it’s worthy of similar consideration. Very happy to recommend this to anyone that asks.