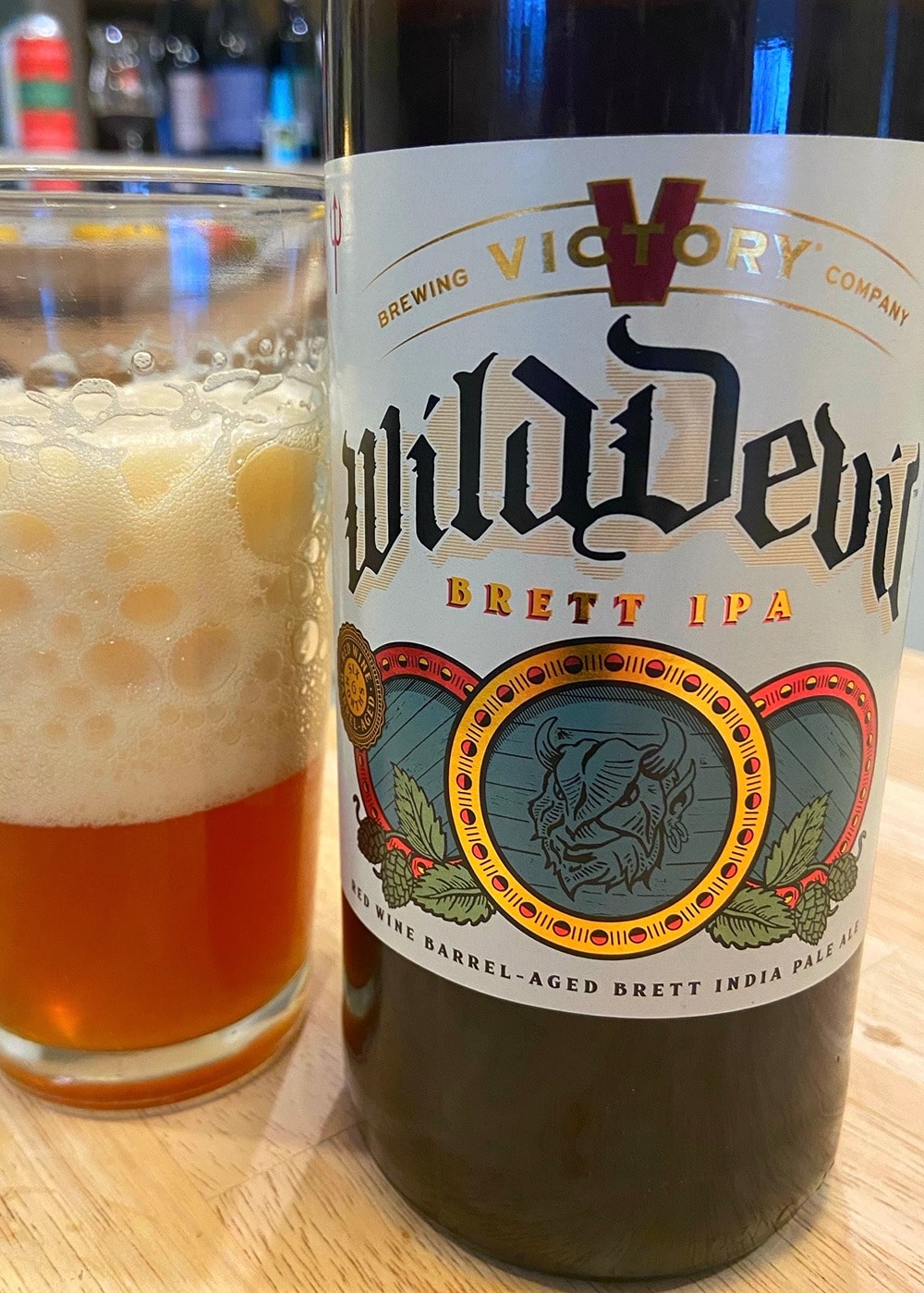 750 mL bottle, corked & caged from Hop City, Atlanta, GA, USA. Had a hell of a job getting the cork out eventually having to opt for a full-on corkscrew. Given that, the pop and gunsmoke that came with it was a touch disappointing.

Poured this one into the Southampton Weizen glass (Pictured from Dec 2020). Orange/copper body with a touch of darkness. Nicely formed, simply bubbly head, but it’s a little light and produces no lace. Steady carbonation is apparent.

It’s much sweeter than I was anticipating. Obviously there is some mild funk in there, but to be honest the IPA notes continue to come through strongly. As the beer drinks and warms, it becomes increasingly IPA like with grapefruit mixing in amongst the mild funk.

Not sure about this, it comes up a bit short, falls between two stools and really ends up being a bit of a novelty gone wrong. It’s as if Victory are trying to be a little too clever. No point in messing around with Hop Devil really.