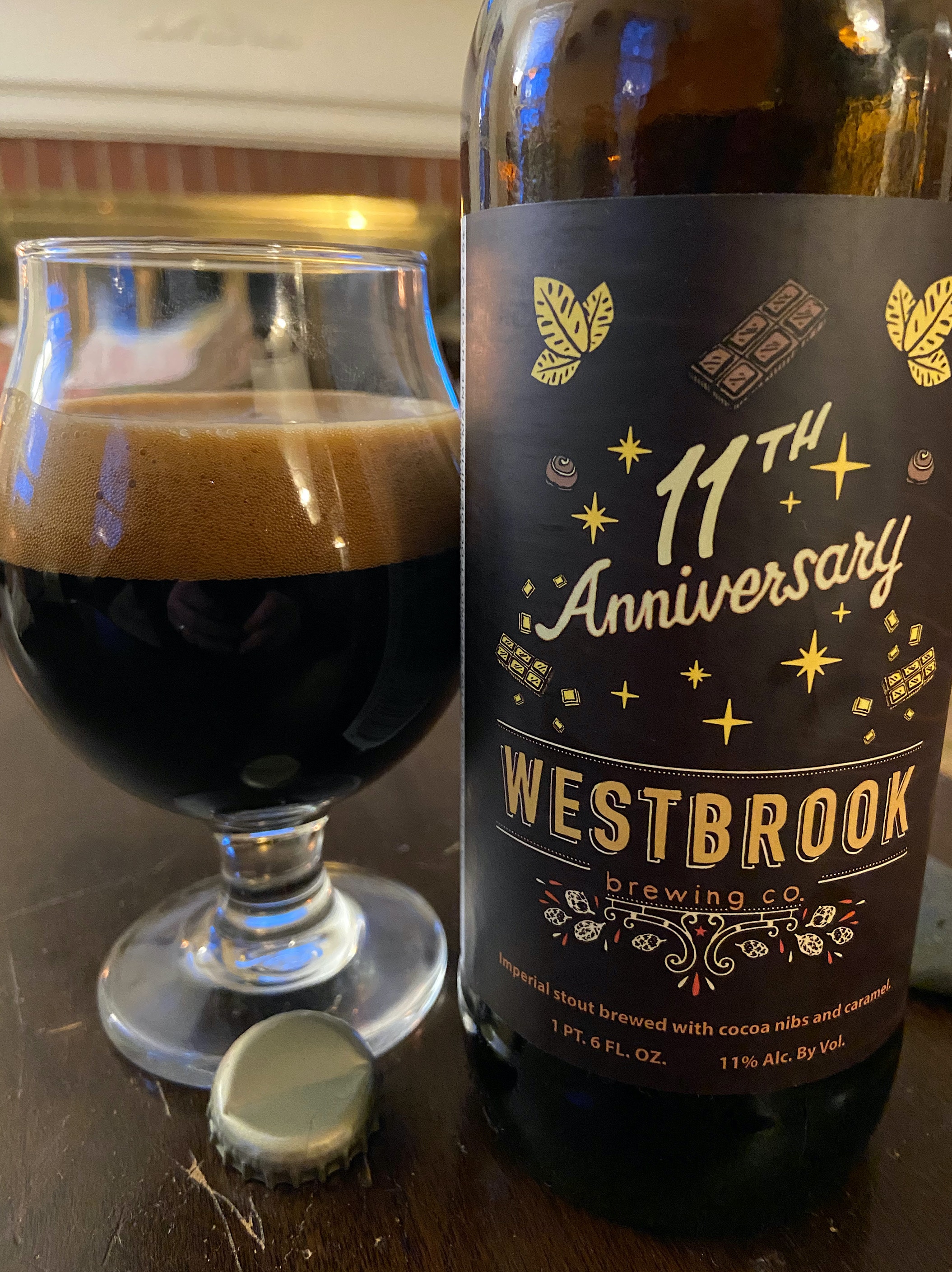 If the truth be known, I’ve been influenced by Westbrook’s Mexican Cake – a lot. I really love that beer, and as a result, a special release of something (probably) not dissimilar is likely to get my attention. 11th Anniversary did.

Whenever I see a Westbrook Anniversary beer I am reminded of meeting Ed Westbrook in a suburban garage, with a few other Charleston, SC beer geeks just a little bit before he opened the brewery. I suppose that must be about 12 years ago now. On that day he brought a couple of beers with him to the gathering, and I remember that one was absolutely amazing. I knew that if he could replicate anything like that, that the brewery would be a great success. Back to this beer.

Jet black pour with the standard head, lace and retention for the style. As it warms the chocolate notes come into the nose quite strongly.

There’s a strange, quite harsh bitterness about the beer that is not hop based (obviously, and good), but at the same isn’t really dark chocolate based either. This is an important thing to recognize and note for me, because you would want (and expect) that dark chocolate bitterness in such a beer, but that’s NOT what this beer delivers. It’s something altogether different, and frankly it tastes unpleasant. The beer also has an odd, pseudo sweetness about it that I guess is the caramel, but it’s really not that distinct.

The whole thing is very muddied, ill defined, and the caramel seems to be fighting all of the other elements that are present. If I’m honest, this is a bit of a mess. It doesn’t come together at all well. I don’t get it. It ends up being a beer that might have one of the greatest differences between my expectations and its delivery. Deeply disappointing, just not good – at all. Sorry Ed.