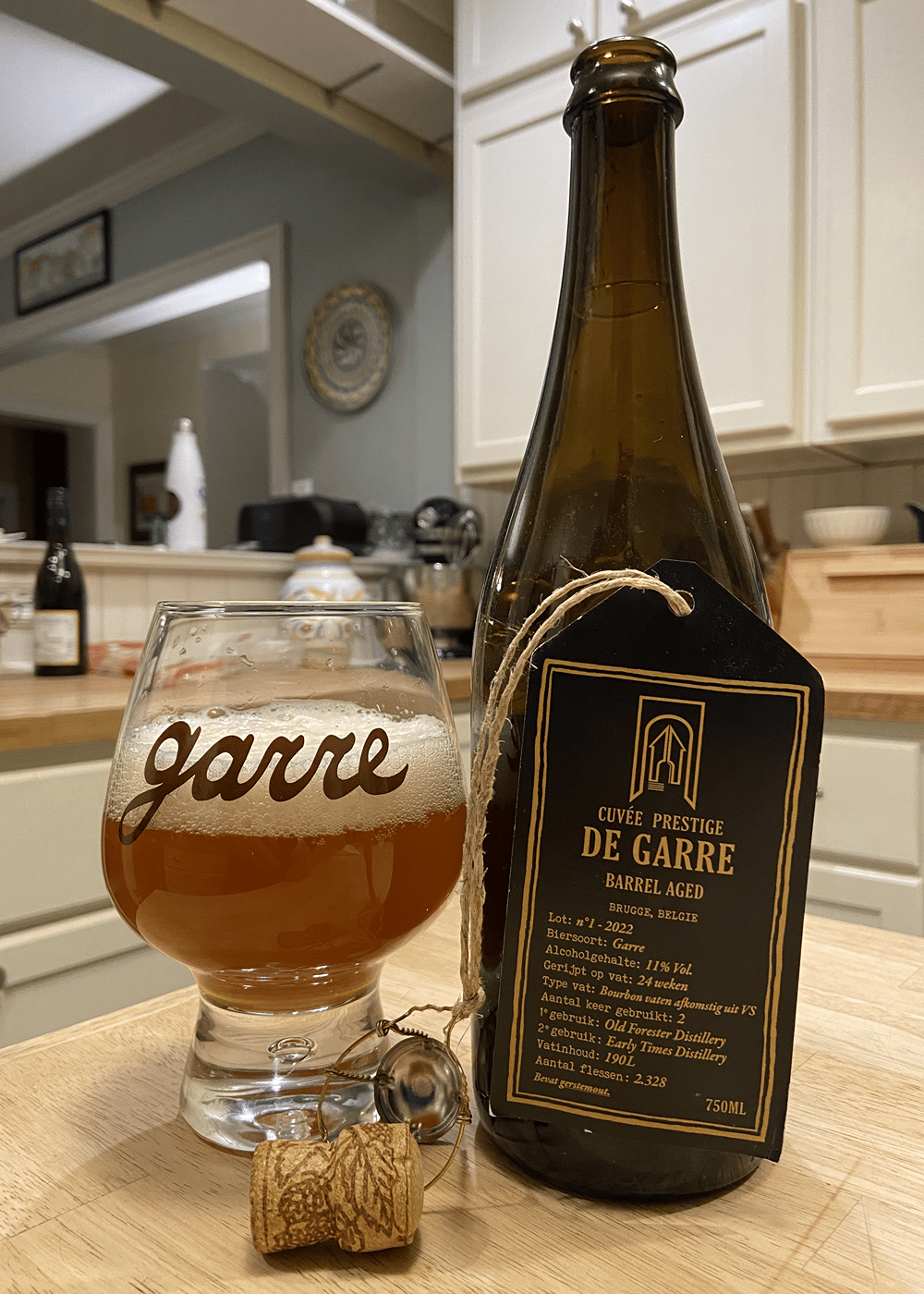 I got really lucky in acquiring this beer, so rather than dwelling upon that too much I’m determined to enjoy it and savor it. One thing that a lifetime of buying, sampling, drinking and being immersed in great beer has taught me, is that no matter how great any one beer might be, you owe it to the brewer and to yourself to open it, drink it and enjoy it.

Head is smaller, and much less pillow-like than regular De Garre. Retention and lace are also less attractive than the original beer.

Nose reflects a sort of apple-barrel. It renders as a solvent note more than anything. As it warms, the nose fleshes out a little, but still mostly fruity alcohol.

Initial tastes offer a strong alcohol bite. Not harsh, but warming and definitely up-front. Light solvent burn persists across the mouth swill and swallow. It drinks every inch of the 11%. That’s good. In that regard it’s not much different to the base beer.

I’m assuming this was in bourbon barrels since the tag mentions Old Forester and Early Times Distileries. Oddly, the bourbon element here in terms of taste is almost non-existent. In that respect I mean what so often happens with bourbon barrel beers is that the bourbon comes through so strongly in the taste that it overtakes the beer. Here that is not the case. The beer is still distinctly Tripel (without doubt), and really just seems to have an elevated alcohol note, which comes with a harsher, more solvent-like feel. As such, this beer is less smooth than the regular version.

I’m not a fan of bourbon barrel beer in general, but this did not impart that unwanted (for me) bourbon note, rather it just seemed to make the beer a much rougher experience. I think that’s testament to the original beer’s sheer drinkable, smooth beauty. Either way, given the choice I’d choose the original 100% of the time.

Not surprised that I didn’t care for this a much as the original beer, but three notes on that. How could it? It wasn’t for the reason that I was anticipating, and even though there’s a more aggressive edge to the barrel version, it’s still a lovely beer to behold. By all means try it if you can, but if you’ve had the original Tripel prior and liked it, I’d be mightily surprised if you prefer this one.