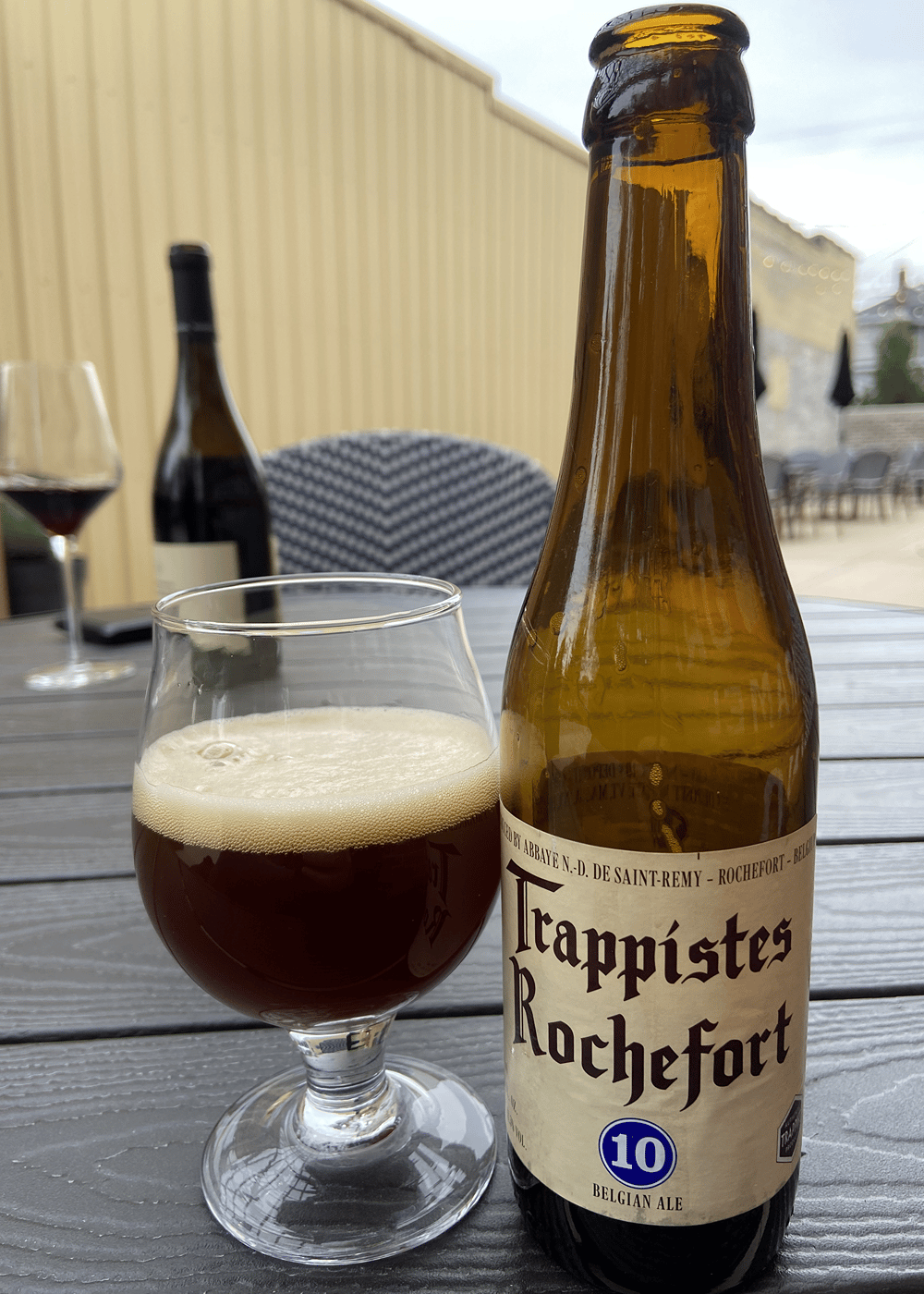 The more I reflect on this, the more I like it and the better it gets with warmth. Very important to let this warm in the glass for 30 minutes IMO. Complexity and flavor dramatically increase in that period, and I see the notes I am used to shine through. Delicious.

A pretty good example of how persistence and an open mind can have their rewards.

Having tried the 6 and the 8 (neither of which I was especially excited about), I pressed on in the the hope that the 10 would be better. I was delighted to find that it was. I was a little worried that the even higher ABV and the higher price, would lead to something even less balanced and even worse value for money than its two smaller brothers. It didn’t – I was pleased.

Same rather drab appearance. I think I suffer from having this given to me when it is simply too cold. This has the effect of creating a lot of condensation of the outside of the glass (in this case a St. Bernardus chalice) which simply adds to the murkiness of the the already murky brew. To be honest this is not a great beer to look at.

Aroma is muted and not as alcoholic as I expected. Certainly lots of dark fruits, but the potency I was half-expecting to overpower the beer, was, happily, not present. Aggressive pour led to a nice head, but as I let in warm a little to release those flavors and aromas, this quickly became a spotty, creamy film.

Delicious balance here. Warming alcohol certainly, but the seemingly potentially dangerously overpowering 11.3% ABV is nowhere to be seen. This drinks *way* below that number. Definitely benefits from a little time in the glass from two angles; as it warms the carbonation seems to die down and secondly it smooths out a bit.

Beautiful creaminess in the mouth and a rich finish that is difficult to match – even amongst other top quality Belgians. 6 and 8 hold little interest for me – mainly due to their poor value for money – 10 is a different matter. Spectacular.