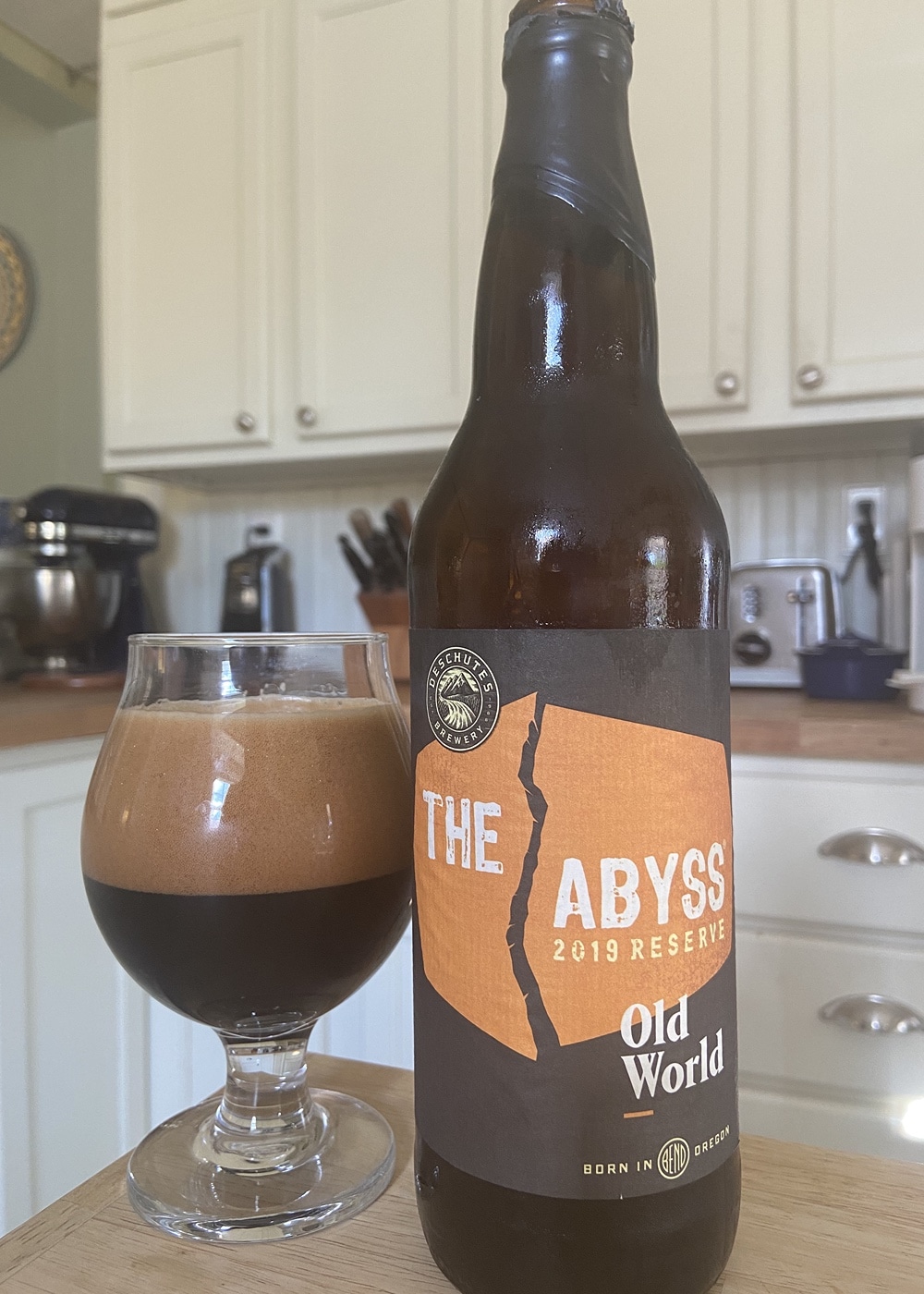 As far as I can ascertain this is just The Abyss in sherry barrels – or at least that’s what’s advertised. Should be right up my alley. Let’s see. Capped and black waxed as usual, but the bottled on date is not decipherable. “2019 Reserve” adorns the label.

Not much evidence of any sherry in the nose, it may be a little cold. Let’s allow this to open up. As that happens the alcohol comes through a little more, but there’s not a huge amount going on here.

As is customary with the Abyss, there’s some licorice, but this is dampened down, and the beer is surprisingly dry. Even on significant warming there really is no particular evidence of the sherry, or any barrel aging, BUT the beer does seem drier than a regular Abyss. It’s not as rich and full, and it lacks that licorice bite. Odd. It also feels thin. Bitter. No vanilla, no molasses.

There’s a bitterness and a lack of smoothness about this beer which is troubling. The Barrel aging has broken the Abyss apparently. The abiding memory here is simply bitter and dry. Very disappointing, very disappointing indeed, and I love The Abyss regularly.