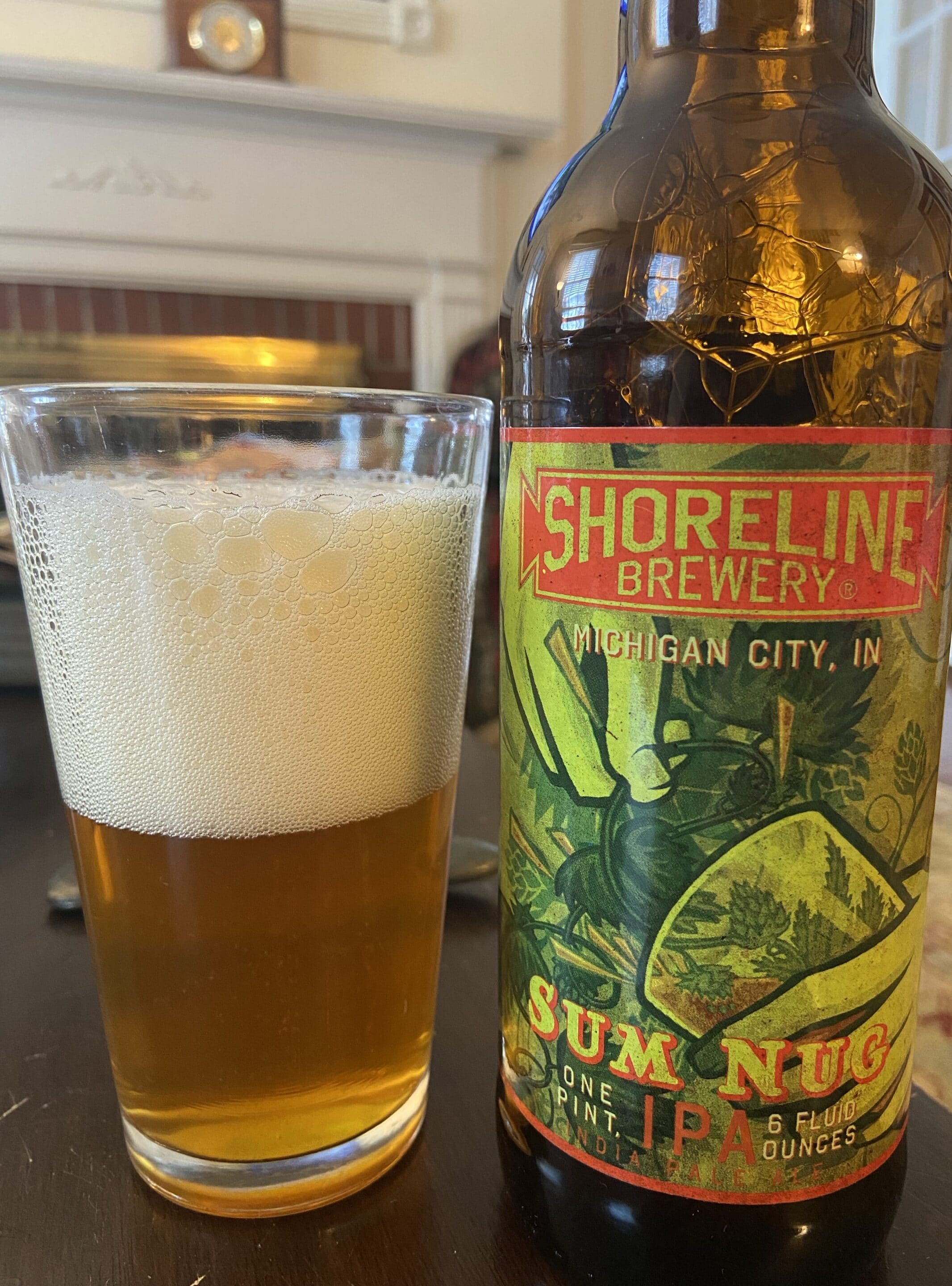 I suppose that this is what the kids would, these days, call “a West Coast IPA”*. Of course, that’s UTTER bullshit, because what it really is is no more than just a simple, American IPA that isn’t a hazed New England mess of a juice.

Anyway, $5.99 from Service Liquors East, Warsaw, IN. A 22 oz bomber, an unusual sight these days amongst the cans. BTW, I (generally) hate cans too.

Nose offers a lovely, balanced hop note. Tastes follow the same, with a substantial sweet backbone to support a sensible hop bill in terms of taste and bittering. It has a simplicity, and it does what it promises to do. If you’re looking for a rip-roaring, palate wrecking, Stone Ruination-like experience, this isn’t it, but it still has a lot to recommend it. Balance, with a sufficient hop element to know where you are on the spectrum, and a clean feel. Some big marmalade notes in the finish and I leave the beer well satisfied.

Highly drinkable, Sum Nug finishes cleanly too, with a pleasing, lightly lingering, bitterness. Summit and Nugget work well together. As I’ve remarked for years, single hop beers rarely work all that well IMO, since one feature of a particular hop can get to accentuated. This is a classic example of blending attributes of more than one hop to create a more nuanced beer, even if it remains simplistic in a good way.

This is a real, old school, American IPA. A sensible ABV, and a sensible hop profile, and a degree of balance that works rather well. I should add that the brewery says, ” Super hoppy from beginning to end” and that feels like a bit of a stretch by American standards, but I’m not too worried about that – others may be. Feels a little early 2000’s with this in the glass, and prior to a palate stripping IBU extravaganza.

A lovely, simple surprise, and a throwback. I bought another bottle.