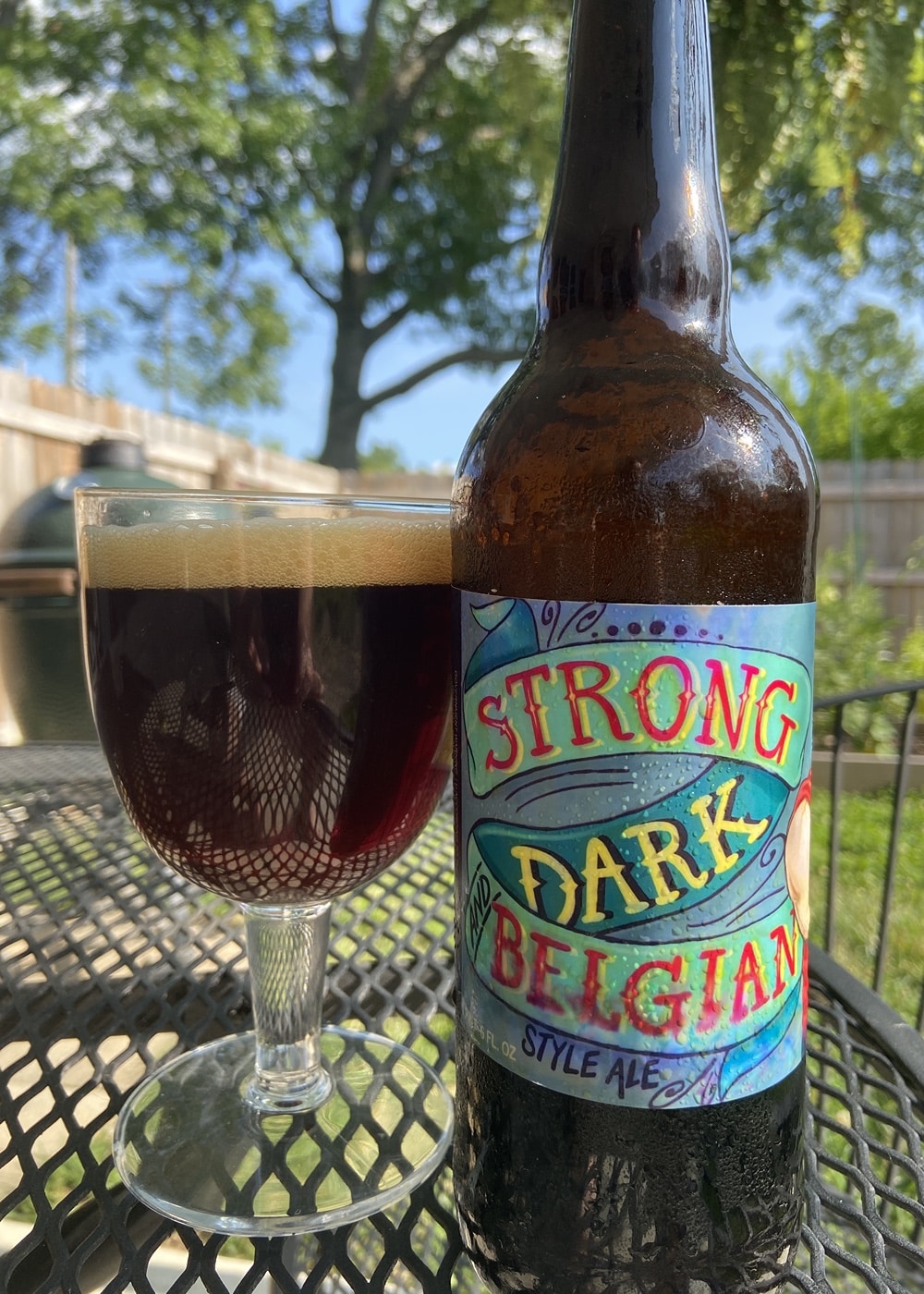 22 oz bottle, courtesy of Mark, and directly from the brewery.

The color of this beer is very attractive. A deep, garnet red hue in certain light, and clear as a bell. I saw bunch of pictures on Untappd which had me worried in relation to the carbonation, because almost every one of them appeared flat. The carbonation here is better than those pictures would suggest, but not great, and if there’s one criticism in terms of the pour and appearance is that personally, I would like a more carbonated beer. Having said that, this is obviously high ABV (nothing on the label but Untappd is reporting 10%), and I understand how ABV can impact head, but a little more would be nice.

Nose is almost 100% raisins. Of course, the style often provokes the mention of a generic raisin element in terms of nose and tastes, but this is unmistakable and absolute! Nice.

Taste are there, and stylistically correct, but this is a BSDA that sits at the sweeter end of things, rather than the alcoholic end of things. It’s very drinkable, but it is sweet. I’d like a little more alcohol presence, and perhaps more fruit and yeast. The sugar seems to push those elements back. Also, as mentioned above, I’d like a little more carbonation. I’ll concede that there may be personal preferences rather than major complaints, and I think the beer sits close to where it should be. I would enjoy a couple of tweaks here and there.

Tiny, tiny cinnamon notes as it warms, and the sweetness drops off a bit. The last 20% of the beer is where things come together and meld a little more into a more class BSDA.

Nice beer with room to grow, and I’d like to see some more Belgian styles from Birdboy.