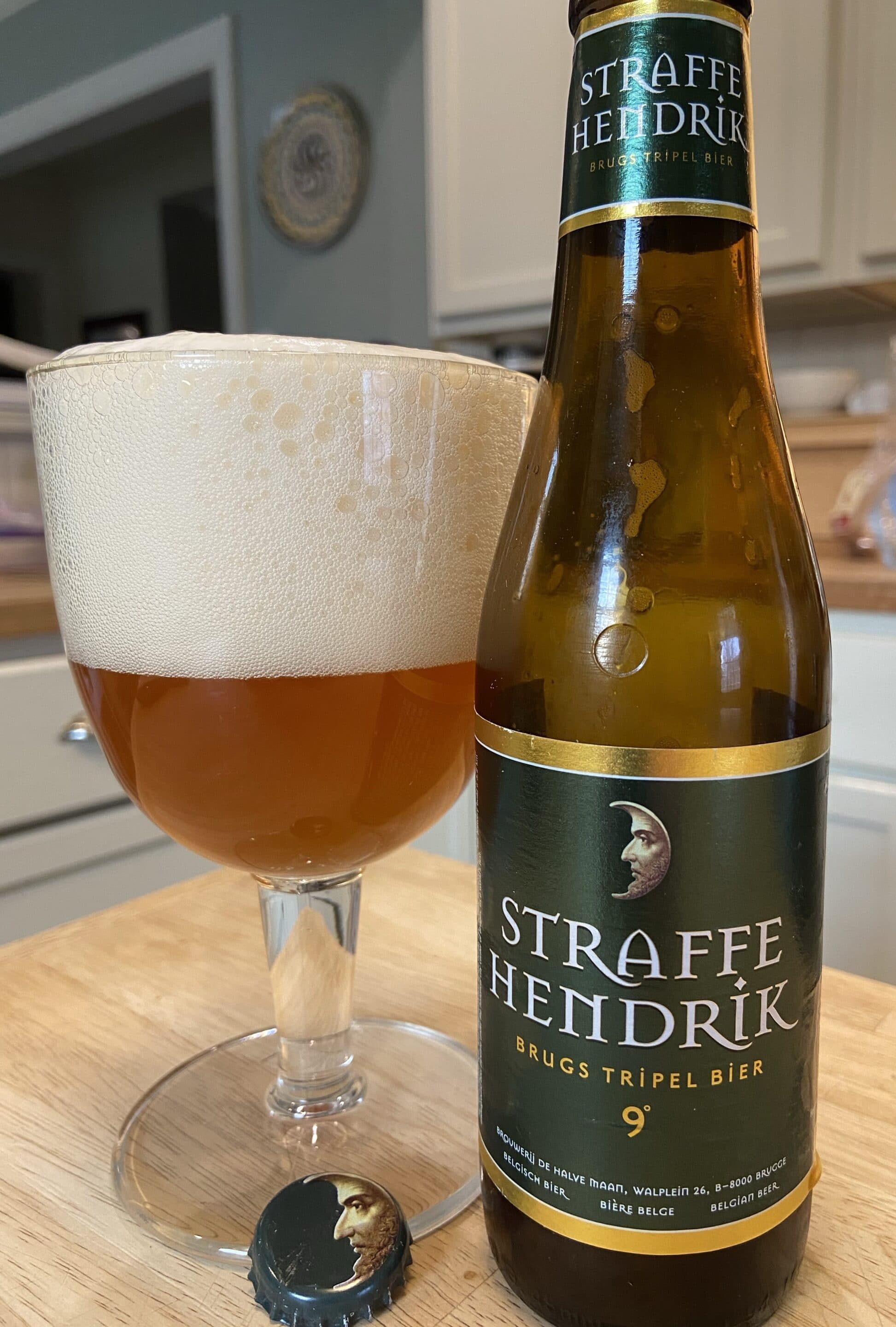 Arguments abound over which beers constitute the quintessential examples of many styles, but perhaps Tripels attract the largest amount of such attention. Westmalle is of course the first beer out of people’s mouths when Tripels are the subject of that particular conversation, but Straffe Hendrik Tripel seems to be a beer that I’ve heard in these exchanges more and more.

Those comparisons seem fair as soon as the beer is opened. Highly carbonated, with a huge, light head that fades to give great, sticky lace, and a thin white film on the surface of a golden body.

The nose offers the light, spicy alcohol that we would expect.

Tastes are also very much in line with the cries of a “classic” Tripel. White pepper, the stinging alcohol building, the sweet, sugary, spice note, and candy and ester elements. The very backend is a bit harsh, and perhaps not as smooth as others, but it’s certainly not a flaw, much more just a trait.

Given all of those things it’s hard to argue with those that would go to bat for this beer as a prototypical example. It’s all there and in the right places.