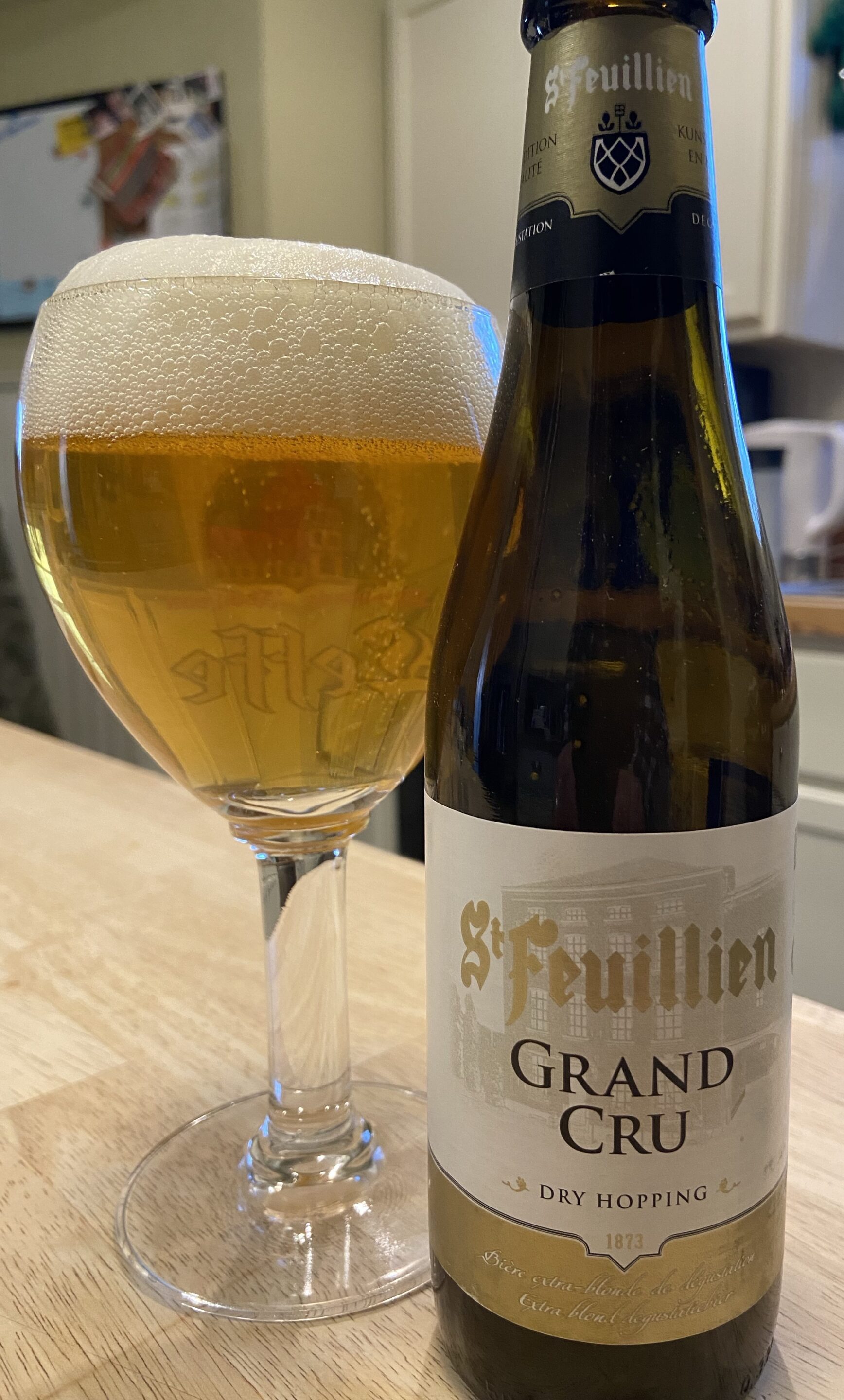 The pour is a slightly hazed, golden body with a high, wispy head. This is not a simple beer, and I don’t mean that in the normal way of recognizing this as a complex one. Rather, I mean that it’s complicated! Confused? Me too!

The tastes are surprisingly bitter and hoppy* (at least if you’re going to put this beer in the BSPA category which is where it belongs). In fact, the hoppy nature of the beer builds rather a lot, and it finishes in some much more serious hoppy territory than one would ever think it could possibly do. By the time all is said and done, this is more reminiscent of an early Belgian IPA clone rather than say, a Tripel influenced BSPA that one might expect. It’s true that the hoppy note does sit against the backdrop of a sweet backbone, but still, that metallic, drying finish lingers.

*To be fair, this is, as the label tells us, “dry hopping”, but that’s never going to be front of mind with this beer.

As the beer drinks down we get more honey sweetness and a little ester and yeast, but not a great deal. Alcohol is present and warming, so all of the elements end up being present that make me feel better about some of the stylistic attributes, but as I say, in the end this is a bit of a hybrid in the glass. Is the alcohol there? Yep, but it feels below the 9.5% advertised, and to be honest, quite a way bit lower. More paradoxes!

Some nice, sticky lace, and the beer remains very drinkable despite some of the surprises.

All in all this is not the beer that some (including myself) would necessarily think that it is. Is that a problem? Maybe not, but it will jar the senses a little if you’re expecting a certain thing, and then get this higher hopped beer than the style might suggest. I see other people don’t get the hop note that I do, and they describe it fully as a sweet, candy sugar based BSPA. For my part, it doesn’t drink that way to me.