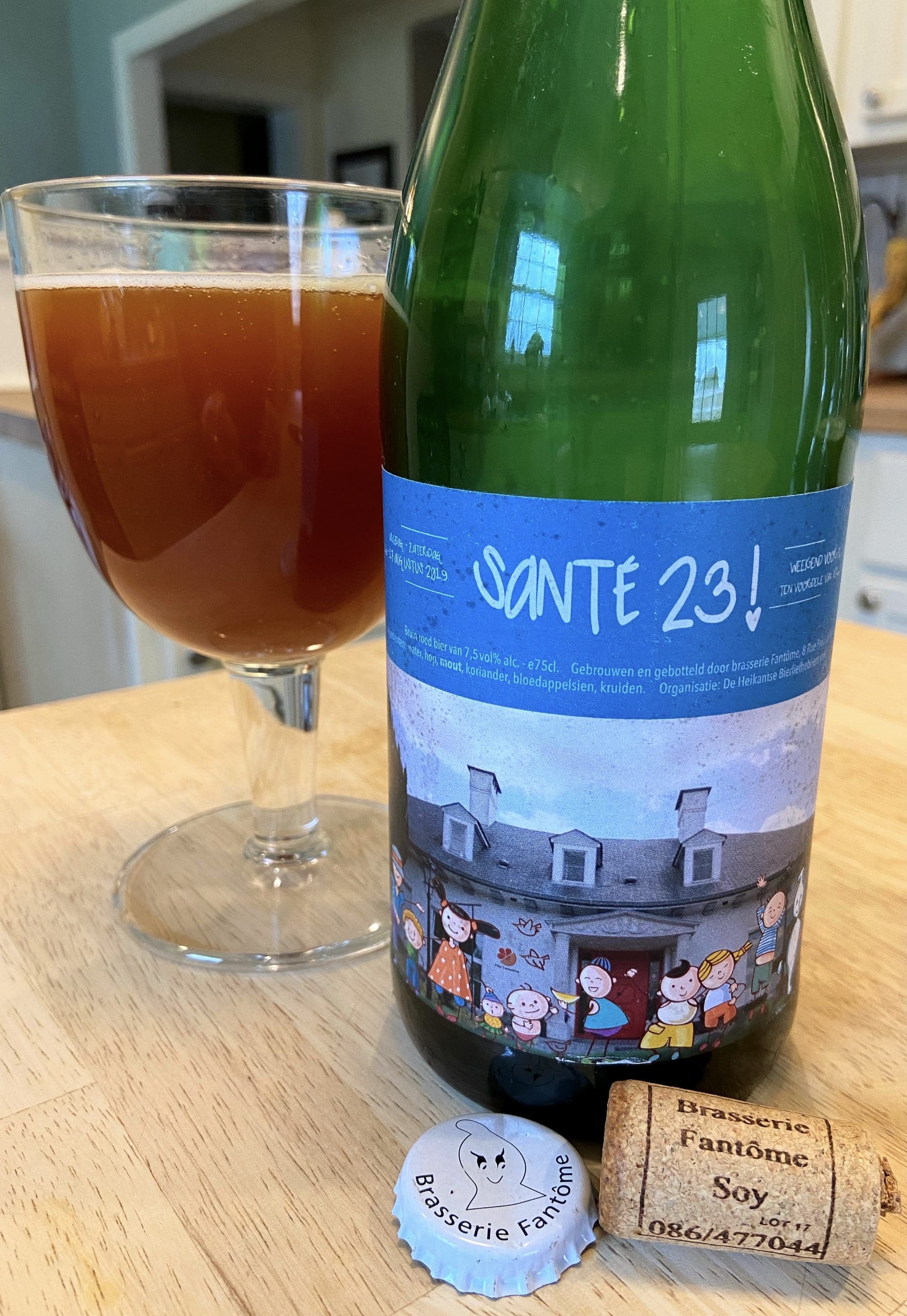 Pour offers a frankly unattractive, murky, reddish-brown body with little to no head.

Some acidic fruit on the nose, and a bit of malty bread.

The first couple of gulps are full of ethanoic acid and it burns a little. As the beer warms and the palate adjusts, there is a slight backing off of that initial assault, but to be honest it does linger down the whole glass. The finish is dry, but the acidity hangs around, and in the end this basically drinks like a Flanders Red or Oud Bruin. Even with knowing that Danny’s beers are incredibly enigmatic, one can usually pick up dome kind of herbal insanity amongst the other complex elements that will lead you into Saison/Farmhouse territory. Unless you are classifying a really dry, acidic cider as a Saison, this is firmly in Flanders Red country.

Confusion over the style led me to asking Dany what he thought the beer should be thought of. His answer was “New Wallonian Dark”! I really have no idea if his answer was serious, partly tongue in cheek, or a complete joke, but either way when I pressed him on “closest traditional style” he said, “Really, I don’t know”.

Warming changes things considerably as the vinegar element finally backs off – a bit. When it does, it opens up some woody character and a little more fruit of some generic nature. There is a little sweeter, tea-like tannins right at the end of the bottle, but by that time the beer has announced its main presence beyond all doubt!

One of my least favorite Fantôme beers if I am honest.