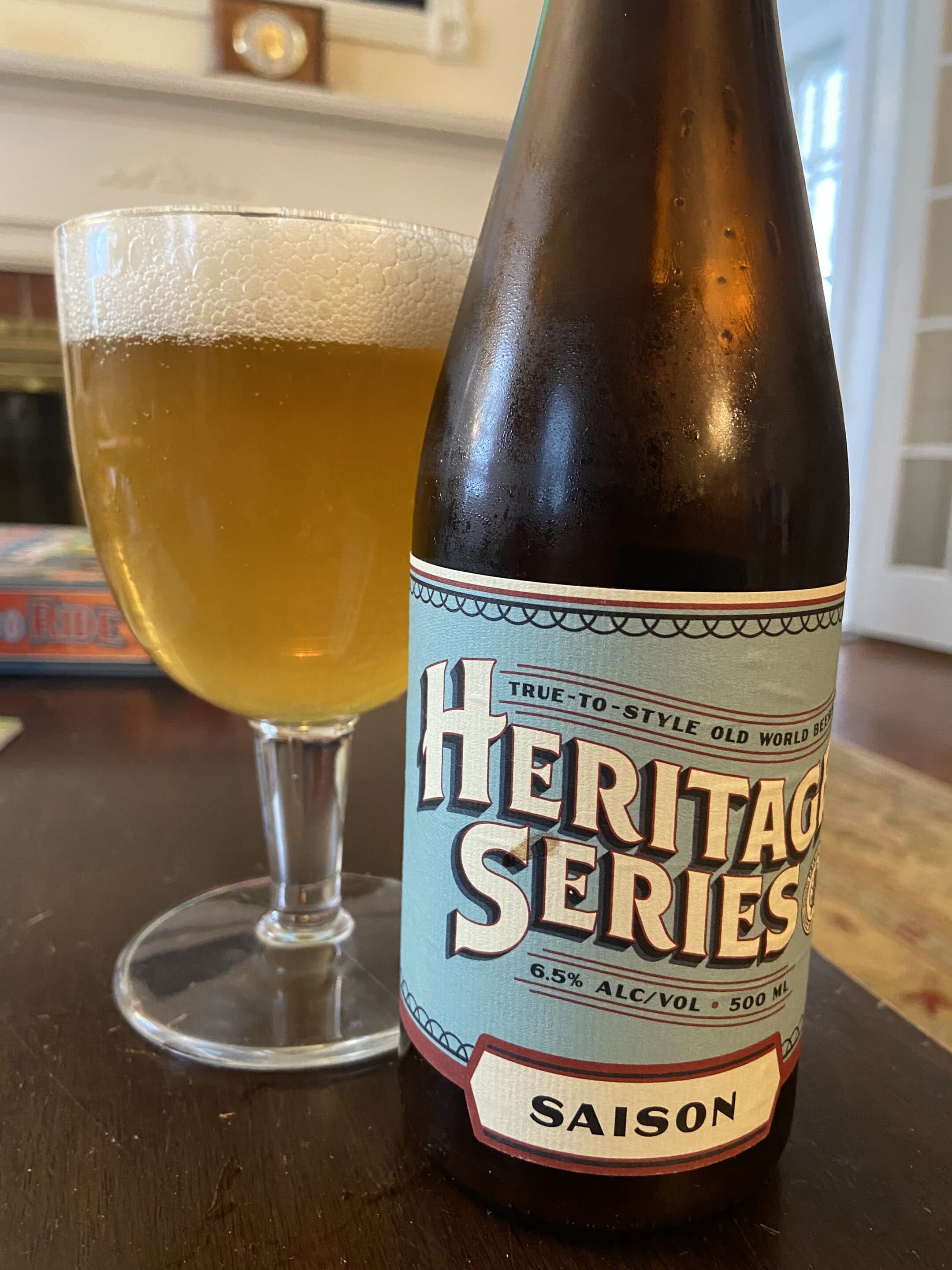 Second time I’ve had this, from a brewery that’s just a few miles away from where I used to live. 500 mL capped bottle, purchased from Total Wine, Atlanta (Akers Mill).

Pour is a well carbonated affair, but it’s a little fizzy (as opposed to something with any depth) for my liking. White head, poorly retained, some lace. Everything sits on top of a honey-orange body.

Mouthfeel is prickly, and a touch thin. Nose has some acidity, and some mildly funky cheese.

Light soapiness starts the beer off. After that there are some dry, musty fruit elements, perhaps some apricot. Finish isn’t quite as dry as the beginning might suggest, but the funk does linger somewhat. In fact, on reflection, the funky cheese builds, and of course given the style that’s pleasing. Tastes mix acid and funky Brett nicely.

It’s a solid beer, perhaps even above average, but I wish for a carbonation that is less harsh and a body that’s a bit richer. More depth in the mouth would make this a better experience, but it’s most of the way there with the funk, the nose and the look. Well done, room for improvement but a pleasing start.