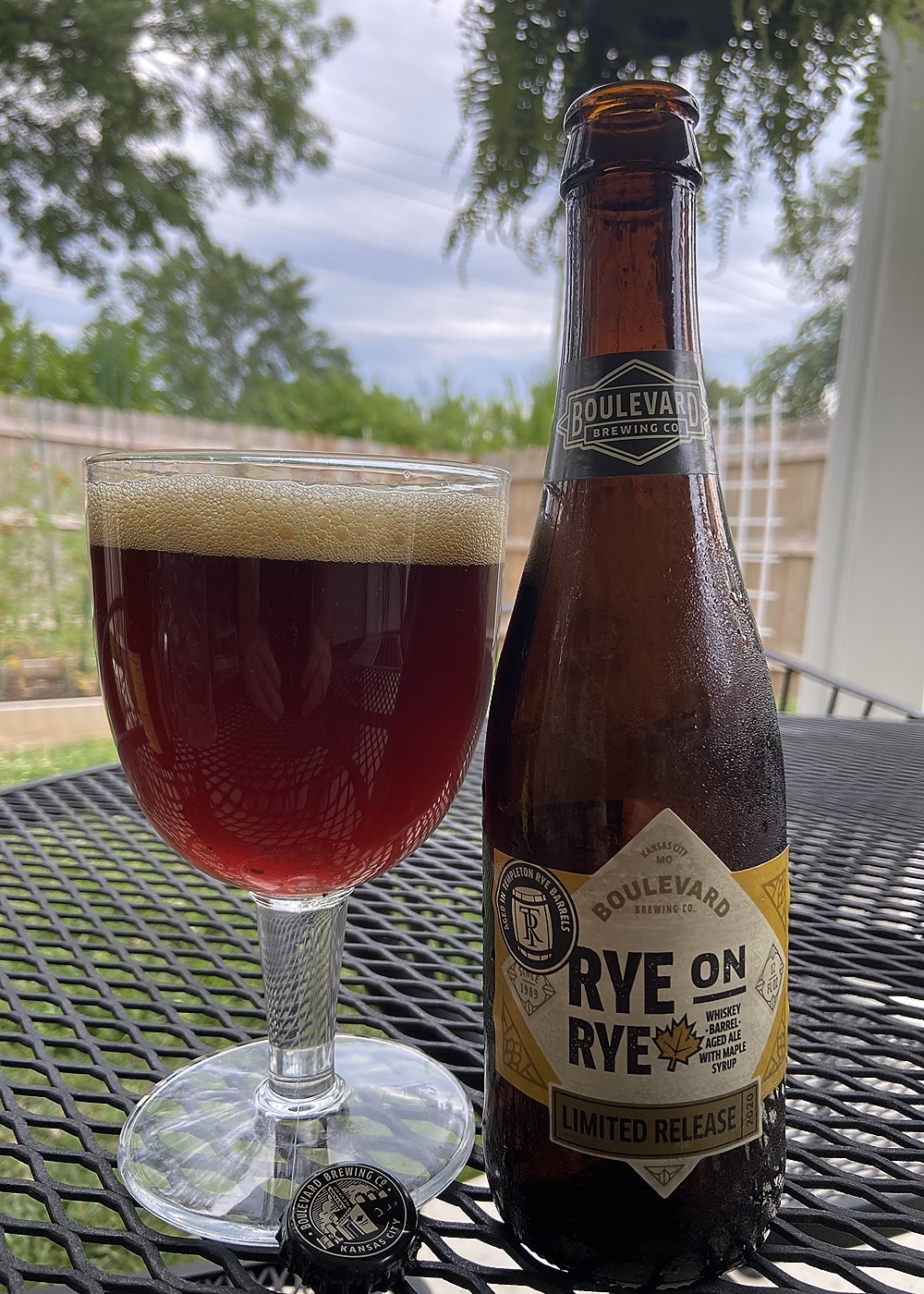 Mid-brown pour with a decent head considering the ABV. Of course this fades, but it leaves a thin film on the surface of the beer, and a few tiny pieces of lace on the glass.

Nose has the whiskey notes that one would expect, but no real trace of maple. Initial tastes are reversed. Nose also gives up much more alcohol than the tastes do. I’d never guess this was 13.2%. Seems unlikely.

Light burn in the mouth (but again nowhere near 13.2%), and the initial maple sweetness gives way to a more bitter, drier, punishing edge. Rounds out nicely, with a ton of character and whiskey presence. I don’t drink a lot of whiskey, in fact almost none, but this beer finishes and lingers with a really nice character and smoothness that I wish I could find in the hard stuff. If more whiskey finished and tasted this smooth, I’d drink more of it!

I’m not a fan of rye, period, and generally especially not in beer, and nor do I care much for barrel-aged beers, but this was a smooth as silk and a really nice treat. It felt classy, and it surprised me. I liked it a LOT more than I thought that I would but some of that is to do with the fact that this is not a base beer that I care much about.