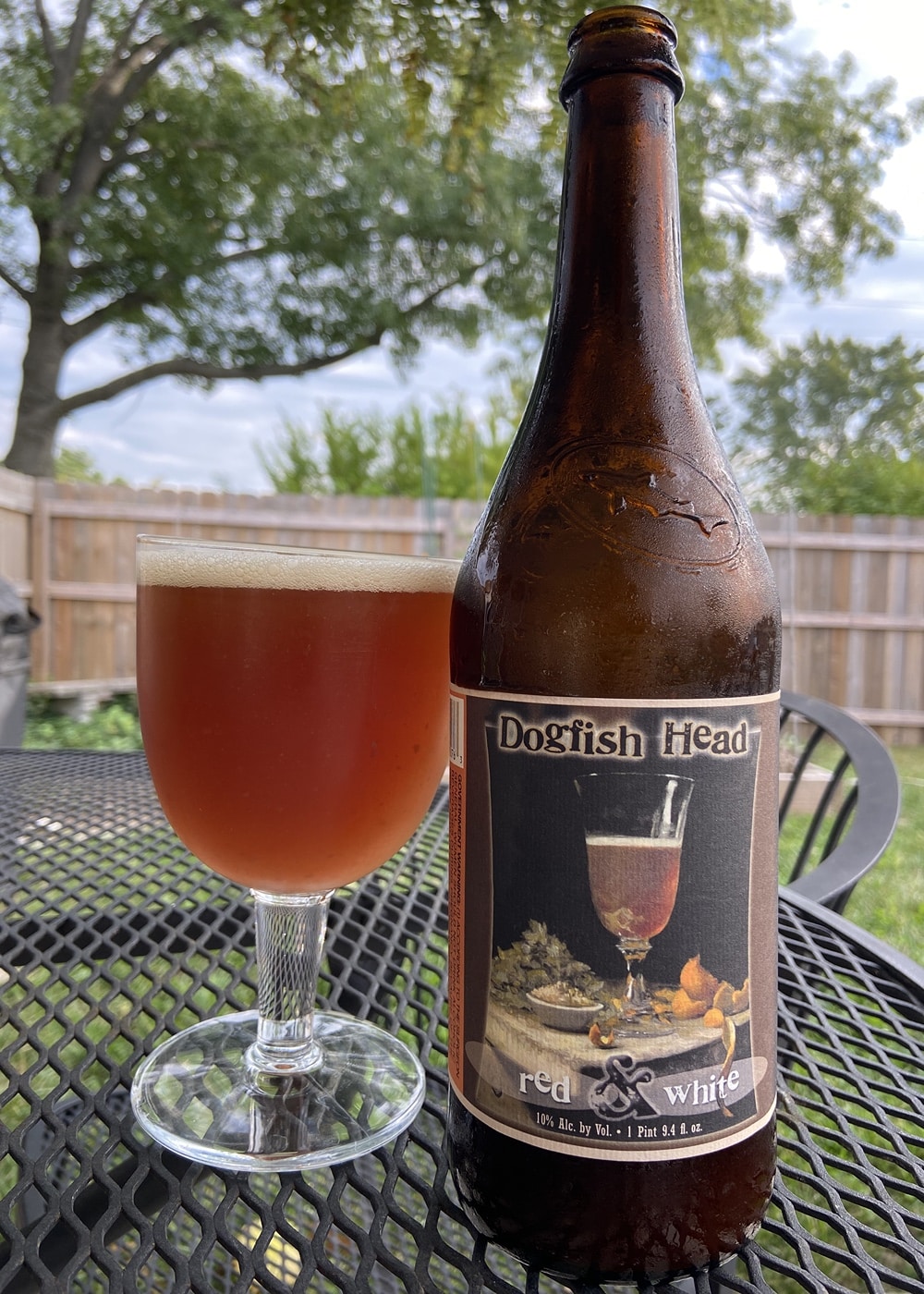 Purchased this bottle last month in Indianapolis. I know it’s old, the question is how old?

Opening produces a little pop, and some carbonation is left although everything associated with fades quickly.

Some oxidation and lots of oak character, the beer is a shadow of its former self. As expected, I bought it for fun, and becasuse I loved it so much way back when. Happy to gamble on it, basically as expected. Alcohol I still there, but it’s tinged with a lot of buttery oak.

Still drinkable with some sweet fruits, but the oxidation is apparent, and its not the beer that it once was. Ho hum.

Well, unsurprisingly Dogfish does it again in terms of pushing the envelope and producing a beer that is at the cutting edge of what is thought of as “normal”. The guys that are guiding this company, and those that are brewing these beers are truly extraordinary, BUT in a way that many in the USA do not appreciate. Many US brewers are simply piling in loads of hops/malt/alcohol or whatever, in order to produce silly, ramped-up versions of classic styles that are frankly more miss than hit. Many of these beers are crass and in bad taste (in both senses of the word), but DFH continues to manage to walk the fine line between everything that is good in America/American brewing (i.e. entrepreneurial spirit and daring experimentation) BUT AT THE SAME TIME creating innovative styles that do not trample all over tradition (a rather unusual attribute in the USA and especially in US “monster” beers). Anyway, you can probably tell that I respect DFH a lot more than many American brewers for their ability to be TRULY innovative WITH class – it’s an uncommon combo.

Back to the beer in question.

A significantly red tinge to the copper colored pour as it sits in the Brasserie de l’Abbaye des Roc chalice. A nice, noisy pour with significant (if somewhat short-lived) head and some nice lace.

A Wit “type” nose, but with a heavier emphasis on the spice.

The combination of spices and aging produces a smooth beer with a definite Belgian Pale Ale feel. Reminiscent of a “light” Duvel. Surprisingly sweet but finishes wit a mild hoppy bitterness.

A lovely beer that certainly has the potential to elevate beer in social circles and is typical of the kind of brew that can make our mission as BA’s easier when trying to espouse the virtues of craft beer as an alternative to wine at the dinner table.