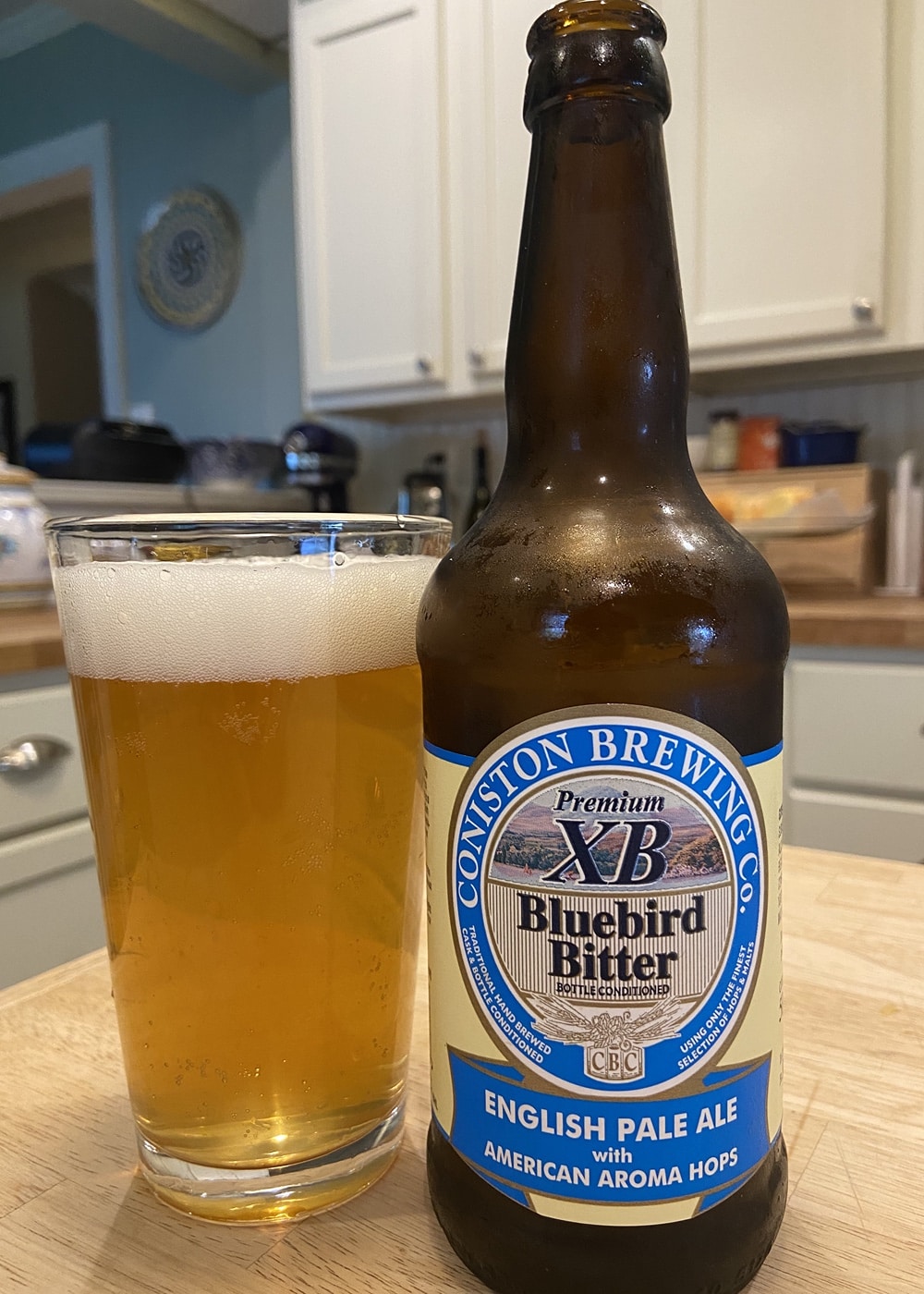 It’s hard to describe the literal euphoria of an Englishman who is a legacy drinker, and who hasn’t been home for too long, when a beer like this comes into view. I picked it up via a west coast bottle shop, unexpectedly, when I was buying some other beers, and what a thrill (and a treat) that is.

Lightly chill-hazed, golden straw color, with a modest head, but decent retention and lace above average. Nice, and as expected.

Nose is where things start to change. The label says “English Pale Ale with American Aroma hops”, and you know hat? It’s true. There’s a much hoppier nose here than one would normally associate with such a beer. I’m not sure why we would want that, especially when (happily) that hop element is NOT reflected much in the initial tastes.

The bulk of the tastes reflect almost none of the hops that the nose does. If I’m honest there is a little more hop bite than one expect, but the beer offers the incredibly clean, simple malt based edge that one would hope to find in a beer of this style and pedigree. As expected, the back end aftertaste is where that biscuity, light sweetness comes through and gives away the origin of the style. beautiful, easy, simple, with a depth of subtle taste that only the English can do in beers such as this.

IMO this is definitely best categorized as an English Pale Ale – even if a little unconventional – and the “Bitter” part of the name is a little misleading. There is an element of a hybrid about the beer with the American hop splash, but it never overtakes anything in the base.

As smooth as silk and extraordinarily satisfying as these beers invariably are. Delicious, if a bit different.