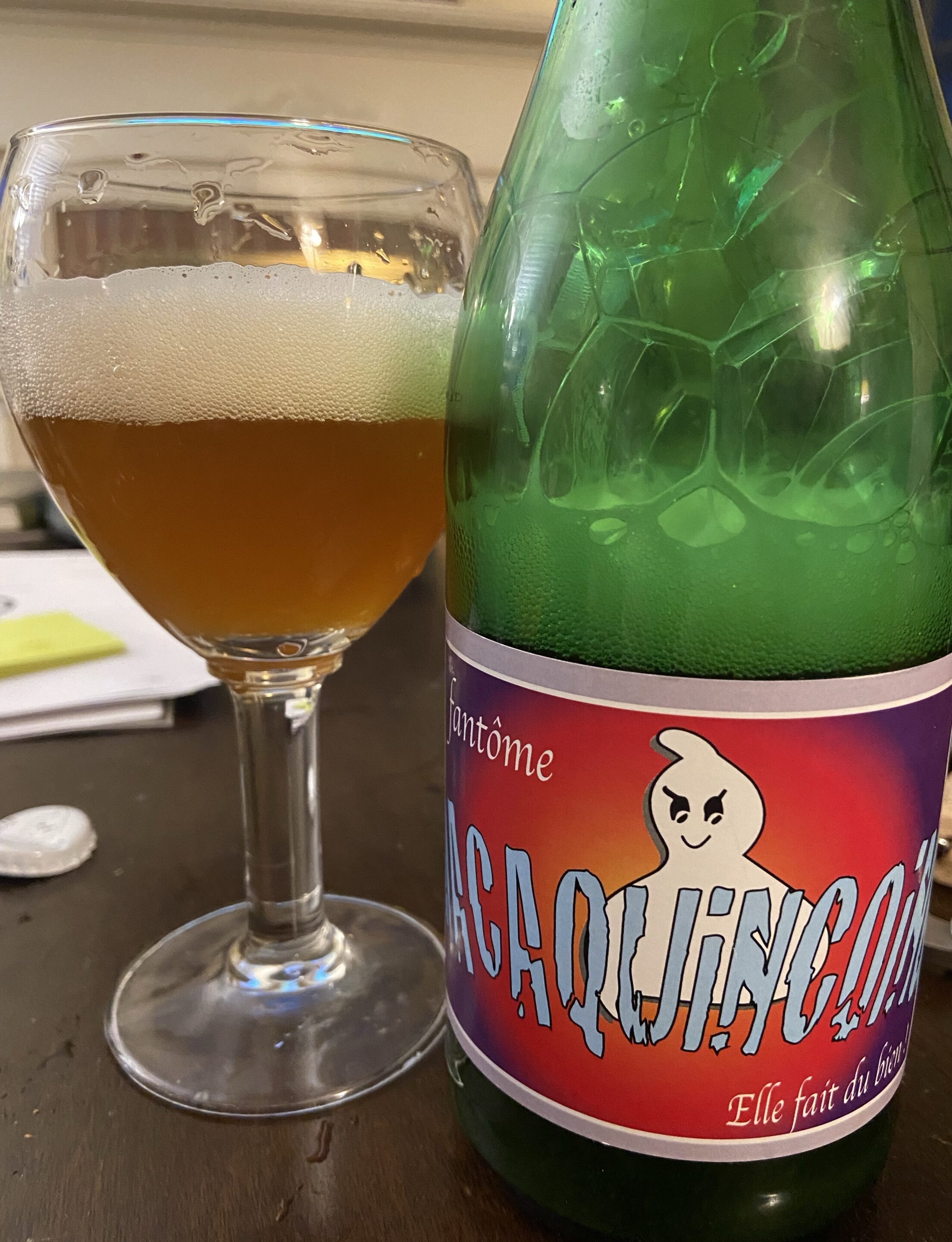 Occasionally one will come across a beer where there is a single, overriding experience that dominates just about all other aspects of it. It doesn’t necessarily make the beer one-dimensional, because at the time the subtleties may be possible to discern, but the further removed you become from the beer, the more singular the experience becomes. This was one of those beers.

Bitterness. That’s it. Now that bitterness was not an American, IBU, hoppy assault, but rather the far more predictable (and enjoyable) herbal-based explosion that makes sense and is in keeping with all expectations. When one finds out that quinine is part of the brewing process (makes sense given the name, right?), everything falls into its rightful place. As a gin drinker I can appreciate so much more about what’s going on in the beer knowing that. Cardamon adds to the mix in the same way, and quince juice adds … frankly, I have no idea what!

Pour is a mid-amber, lightly cloudy affair with a nice, light, fluffy persistent head that has good retention. Immediately the intention of the beer is clear, with large herbal notes of rosemary and thyme, and some other juniper-based flavors and aromas. Some report some pear-like tastes here, but I don’t get those, and the beer stays firmly away from sweet for me, and largely in the bitter, metallic and herb-like areas.

Of course, it drinks beautifully, with a really lively mouthfeel, plenty of carbonation, and the ability to dance on the palate, even if it is with a pair of fairly robust, hobnail boots!

Not a beer for the inexperienced, but for those that know and love Fantôme this will continue to please.