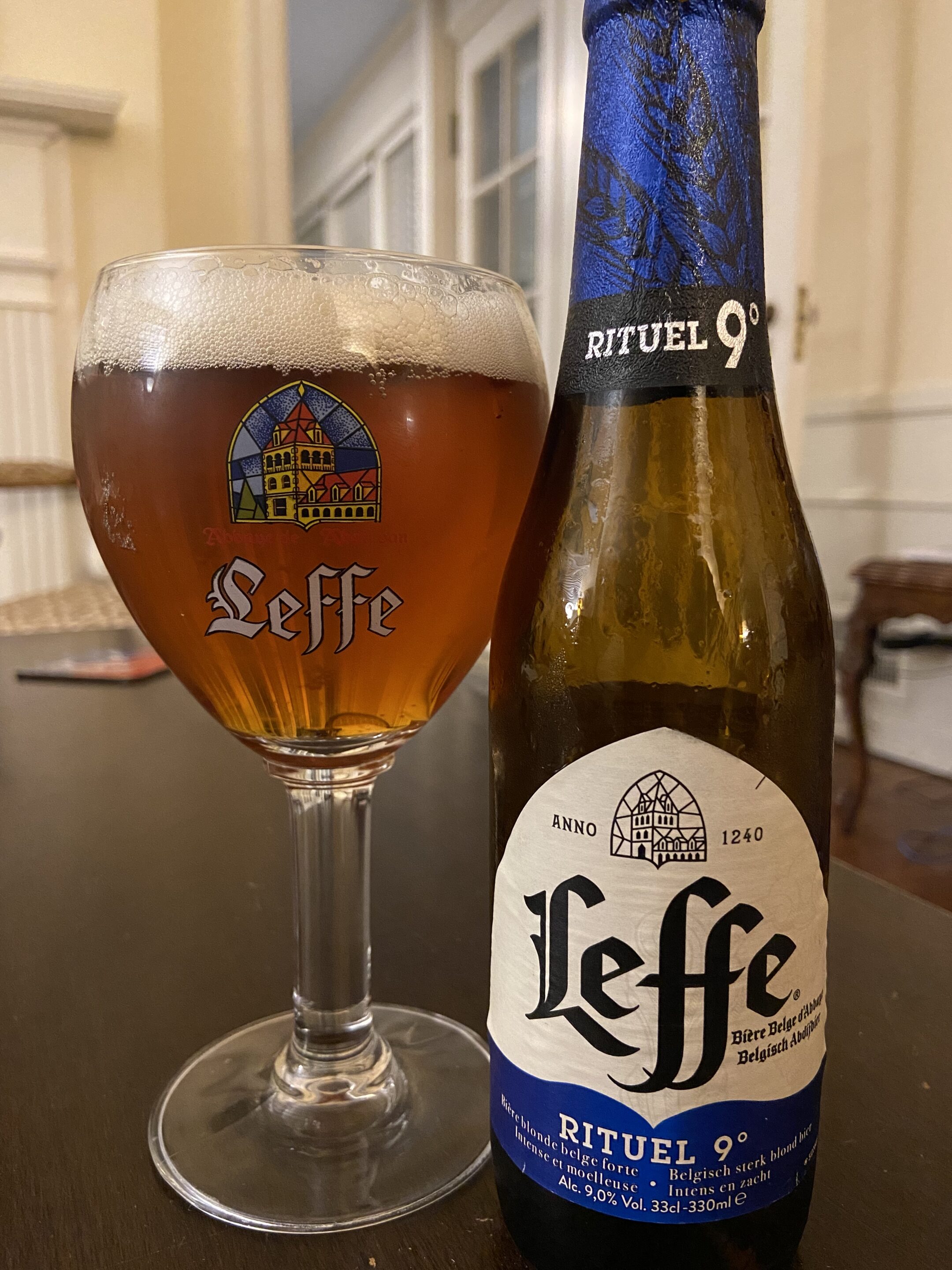 Leffe gets plenty of abuse from plenty of beer snobs, but if those folks are being honest, it’s really hard to knock the appearance of almost any of their offerings. Rituel 9° is no exception, and it looks resplendent in the Leffe glass.

There’s a lot of deep-seated, estery fruit in the nose, coupled with a touch of alcohol. That combo in the nose is invariably attractive in almost any beer.

Initial tastes reflect the nose. Then, there’s a richer, almost honey-like element. It’s sweet, and some won’t enjoy the quite aggressive forward nature of it. There’s also a tiny bit of herbal spice. Not much, just a touch. Alcohol is there but not sharp. Finishes drier than the initial experience would suggest.

I’ve seen this categorized in many different ways. Tripel? No way. Belgian Strong Dark? Not really. Fruit beer? Nah. I’d describe this as a medium dark, Belgian Pale with extra honey sweetness! How about that for a new style?! LMAO.

It feels like a beer that should be labeled, ‘Leffe Grand Cru’. Since I’ve never had Leffe Royale, that’s what I’ll call this for noe. Maybe Leffe Royale’s Brune version?? A really, really hard beer to pin down in terms of style and taste, but the experience isn’t detracted from by that alone.

Delicious, if sweet. Happy to enjoy this again, but not in huge amounts on each sitting.