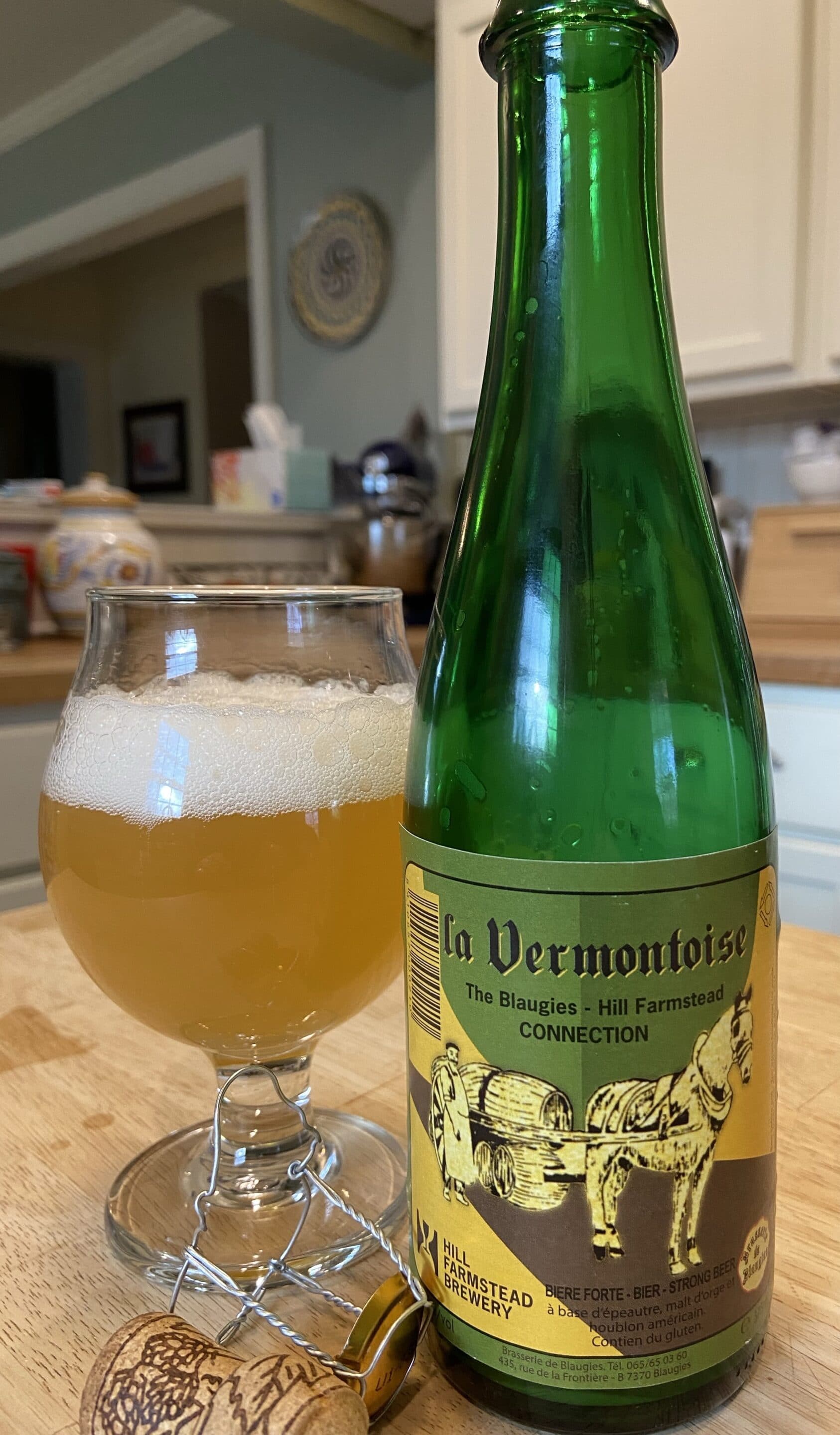 Light golden, hazed lemon colored body with a very nice, aggressive fizz on the pour. Not surprising, as it opened with a delightful, fierce pop.

Nose has light acidity and some wheat notes. Perhaps a touch of lemon, but that may be just a trick that the color and the appearance are playing on the sense. Tastes start by carrying through those initial citrus notes, and there is plenty of bitterness here as well. The bitter elements are upfront, but then fade a little in the middle and end, to ultimately give more a lemony (again), white pepper experience. The beer takes on guise of a non-sweet – in fact quite strongly bitter – Tripel (if you can imagine such a thing, and if that makes any sense – it may not).

This looks, tastes, and perhaps more importantly feels like a rustic beer. It’s dry, and it’s not a simple or easy, and leans hard on the Farmhouse rather than the Saison side of things (again, if that makes any sense).

I definitely leave the beer with dry and bitter on my mind more than anything else. A little atypical in the style perhaps, but a cracking beer that is going to satisfy a certain craving if you have one. It’s hard to describe this, but I drink it quickly, and love it.

Crispy with prickly carbonation on the tongue. Feels very much alive. Lots of carbonation that keeps bring back some gentle, quite pleasing deep, mini burps!

All in all this was great. Not necessarily what I was expecting, nor was it a beer that slipped easily into the simple style designation. I mean it absolutely is a Farmhouse/Saison, but if feels different in some way. I suppose that’s the Hill Farmstead influence. It works.