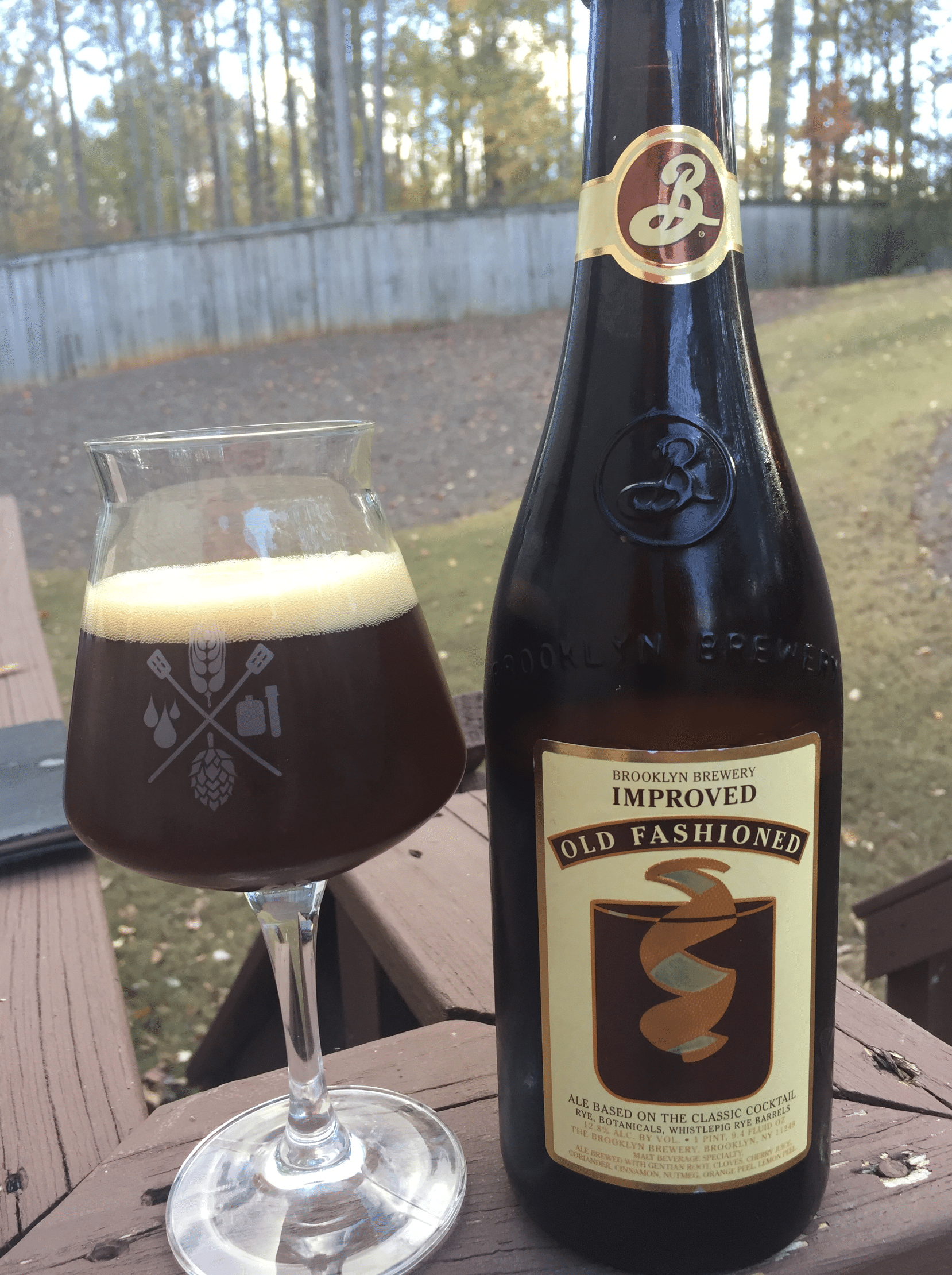 Plain and simply? It’s ugly. The classic, muddy brown dirty dishwater Dubbel. I mean, it does generate some head, and for a beer of this ABV that’s no mean feat, so a little credit where credit is due, but that color …

Botanicals and whisk(e)y aromas dominate the nose, with a similar mix coming through in the initial tastes. Alcohol is warming, but for me it was very short on the back end.

Lots of licorice and aniseed. Some bitter warming whiskey. A lemony finish, a little orange and final blast of zinging lime in the finish.

Carbonation is low – I wasn’t expecting huge, but would have liked a little more.

I’m a big gin fan, so I like the botanical element, but I’m pretty sure that I don’t want it in my beer – I think I knew that before I tasted this.

Love Brooklyn, and have time for them, but at this price this is a disaster. At half the price I would still think poor value and at one third of the price I really wouldn’t care for it much. On reflection, I think that the rye element in this is what’s putting me off. I just don’t care for rye, and to be fair, that’s not Brooklyn’s fault!

I dunno. Beer is beer, and cocktails are cocktails. Some combos work well, some don’t. Not for me this one, and I wanted it to be better.