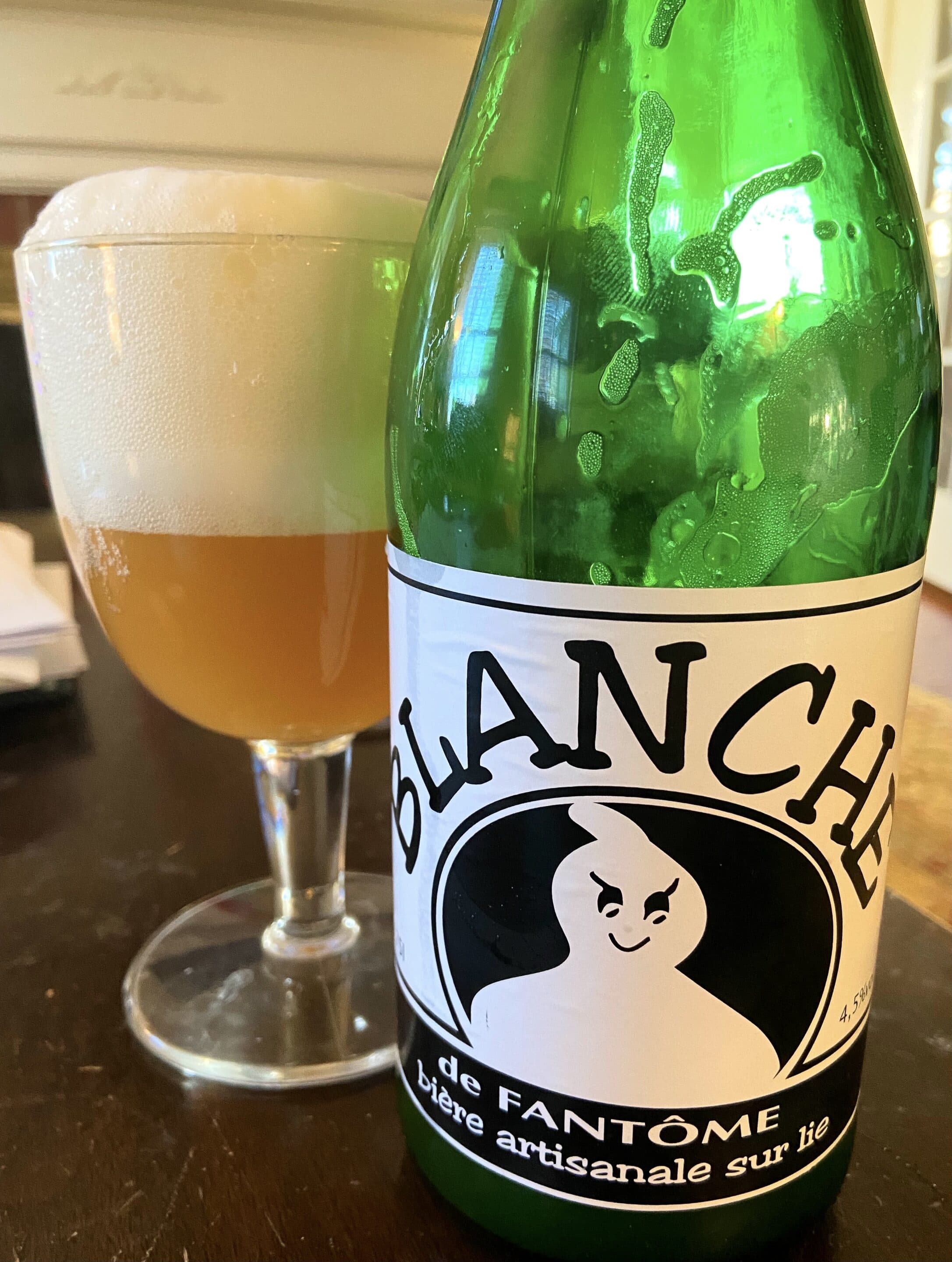 In the absence of any other information I am going to assume that this is the same (or at least a similar) beer to the De Hotton Witbier that was last seen about 5 years. I’ll try to get the word from Dany on this.

Pour is a hazy orange body with a HUGE head with pleasing lace, and decent retention. The color I’m not mad about, but the beer as an entity in the glass looks magnificent.

Nose offers a lot of dry lemon notes. There’s some promise of some white pepper too.

The initial tastes offer all that the nose suggested, but also a noticeable bitterness, and the smoother wheat-like notes of a classic Wit. The lingering bitterness on the back end is a feature of the beer for me. Lemon keeps coming in, but the finish is almost grapefruit like (and yes, I know there has been a grapefruit version of this in the past and this is not that).

Mouthfeel is incredibly fluffy and smooth. Carbonation is a feature too, but without the prickly nature of things.

Ultimately, if I had to gives this a simple characterization I suppose that this feels like a hoppy Wit, and that’s a good thing. Nothing particularly Fantôme-like here if I’m honest, and in a blind tasting I don’t think I’d be associating this with Dany, Either way hugely drinkable and delicious. Not much more to ask for in my book,