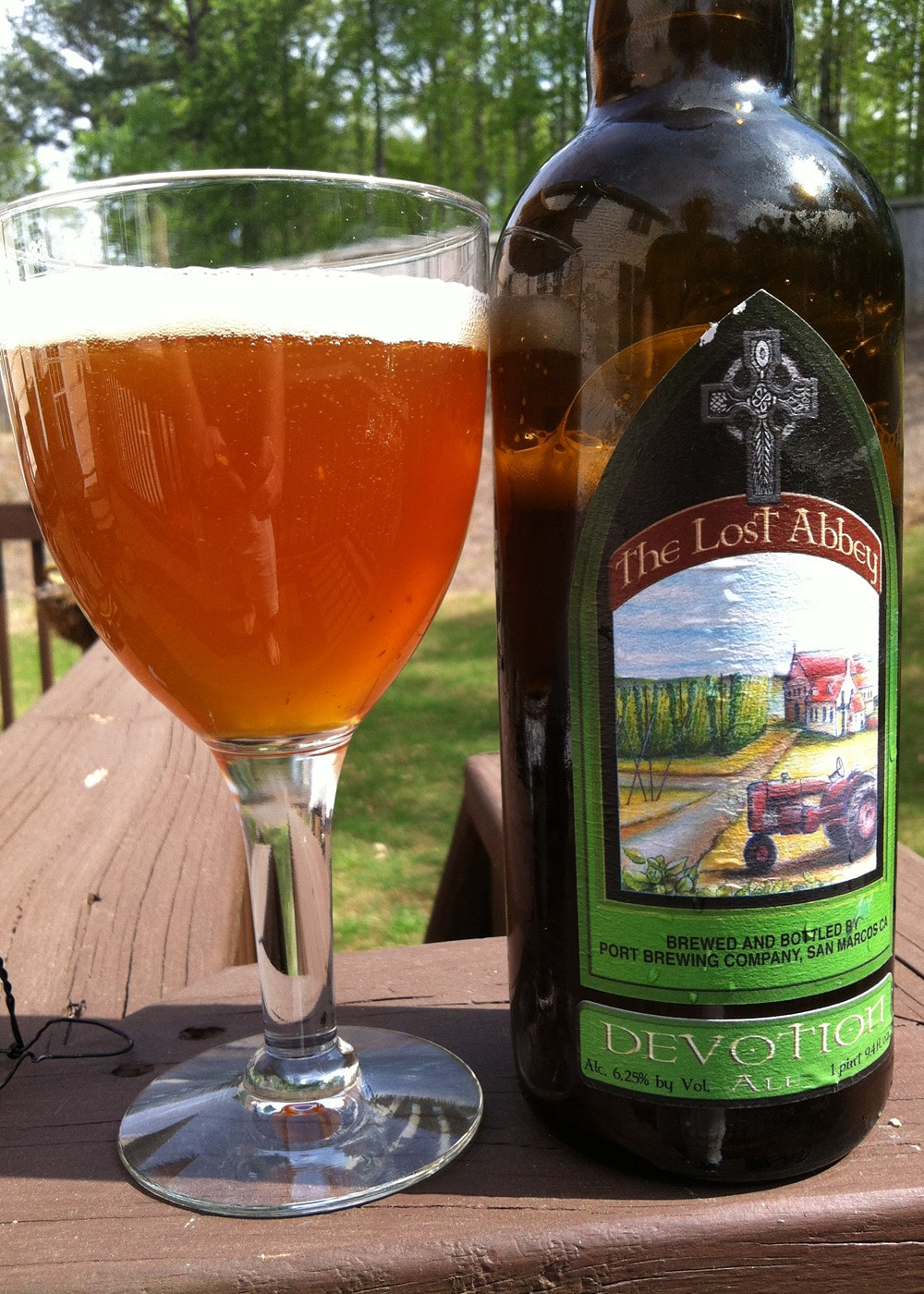 Small pop on opening, not huge, but nevertheless there is some carbonation – always a slight concern with Lost Abbey.

Pour is as expected with a dense, slightly off-white head that has pillow-like character and a hazy, orange/golden body. Solid looking.

Nose and tastes combine in a rather unusual way to bring the best of Belgium with that typical, slightly over-hopped American influence. Tangy orange, light yeasty spice and then a sprinkling of bitterness thrown in for good measure. Belgian IPA-esque I suppose.

It’s really a competition between the yeast notes that one expects in a range of Belgian based beers like Saisons, Farmhouses and Belgian Pales, and the West Coast, American hop influence which undoes some of that good work. To me, I don’t feel as though the two complement one another, and in the final analysis I think I’d prefer beer that firmly came down in one area or the other.

Having said that, if you go into the beer knowing that it will be hopped more than a traditional beer of the style, I suppose it won’t be too disappointing, However, don’t look for a classic in the style here, you won’t find it.