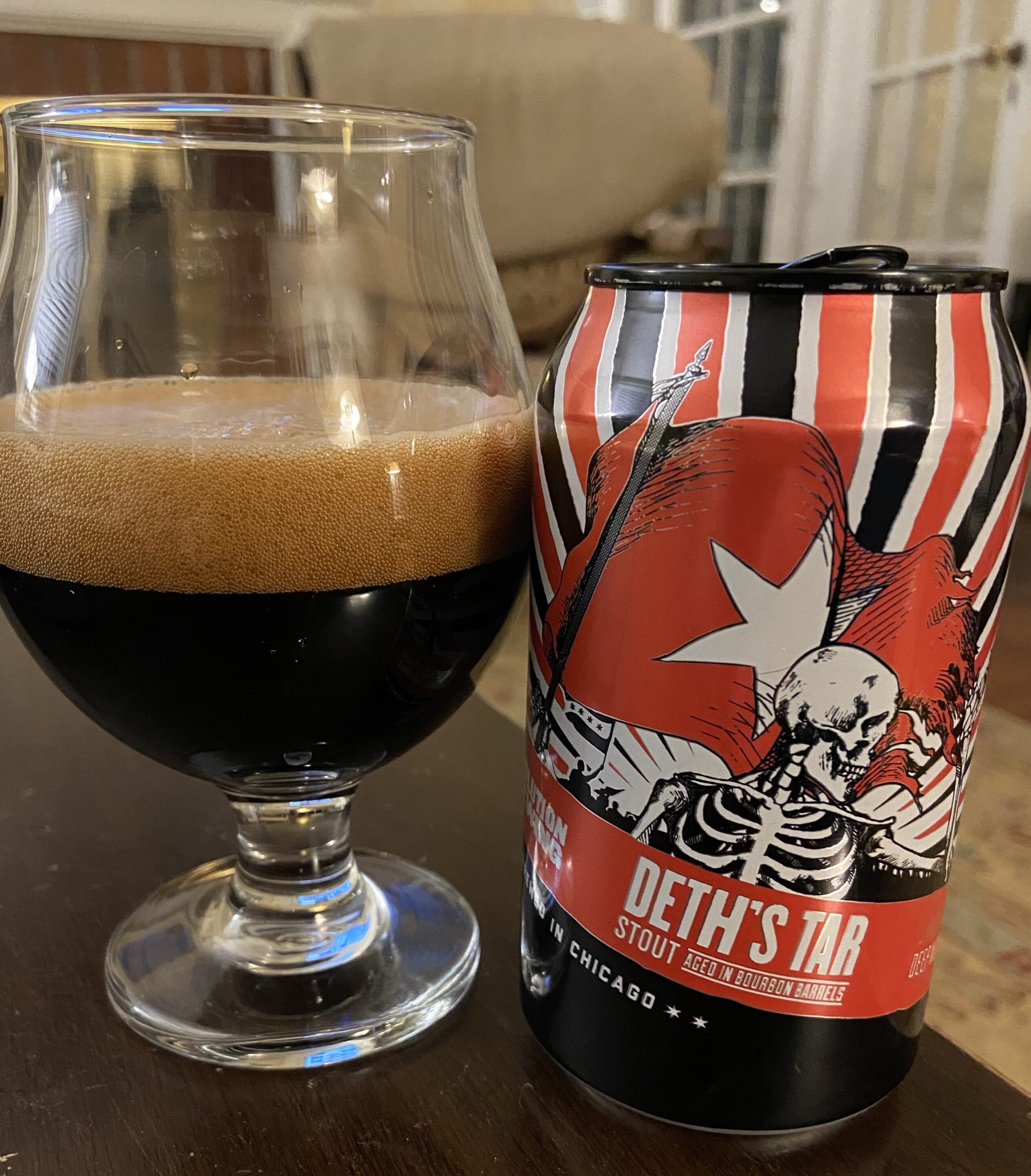 I would NEVER have bought this beer before I moved to the Midwest. Now that I’m so much closer to Chicago, I read more and more about this beer, so I saw it as a single, held my nose, and pulled the trigger.

Pour is black as expected. Tan head is decent with an aggressive pour. However, this dies to a thin film almost instantaneously. Fair enough, I’m not about to ding a 14.8% beer for that!.

Recently I wrote that GI’s Double Barrel smoothed out its Bourbon element beautifully to almost nothing; in one way, this sort of does the same, BUT this is not a patch on that beer. Deth’s Tar feels thinner, lacks authority, and has an ABV so muted it’s almost embarrassing. The Double Barrel felt so much deeper; so much more in every respect (including the price, LOL!). Perhaps the comparison is unfair, and I would agree with any such criticism, but the closeness of these two reviews make the mirroring somewhat inevitable.

It’s thin, and in the end pretty uninteresting. There’s absolutely no burn (which should be a good thing but whose absence seems out of place in such a beer) which ultimately mean, and equals, “no presence”. In the end it kind of feels like a homebrewed beer that somebody tried to bourbon age in a closet, and failed. I’d guess around 8% for the ABV, which considering it is twice that tells the story of its lack of ability to leave a mark. It’s oddly weak.

In the end, if this is a beer that appears in a $30+ four pack (I guess), I have zero interest. Having said that I’m glad that I bought it and drank it once, and it really does mask the ABV very well. It’s not remotely aggressive, and is oddly drinkable as a result. In additional it delivers a sweetish, bourbon ‘taste’ with no burn, so I guess it will suit some. I don’t care for it, and would not buy it again.

The oatmeal nature of the stout DEFINITELY has a huge role to play in ironing out a lot of the kinks.

In the end I just don’t understand the beer or the hype, even knowing the way that some people get excited about t stuff like this, Ho hum. HARD pass.