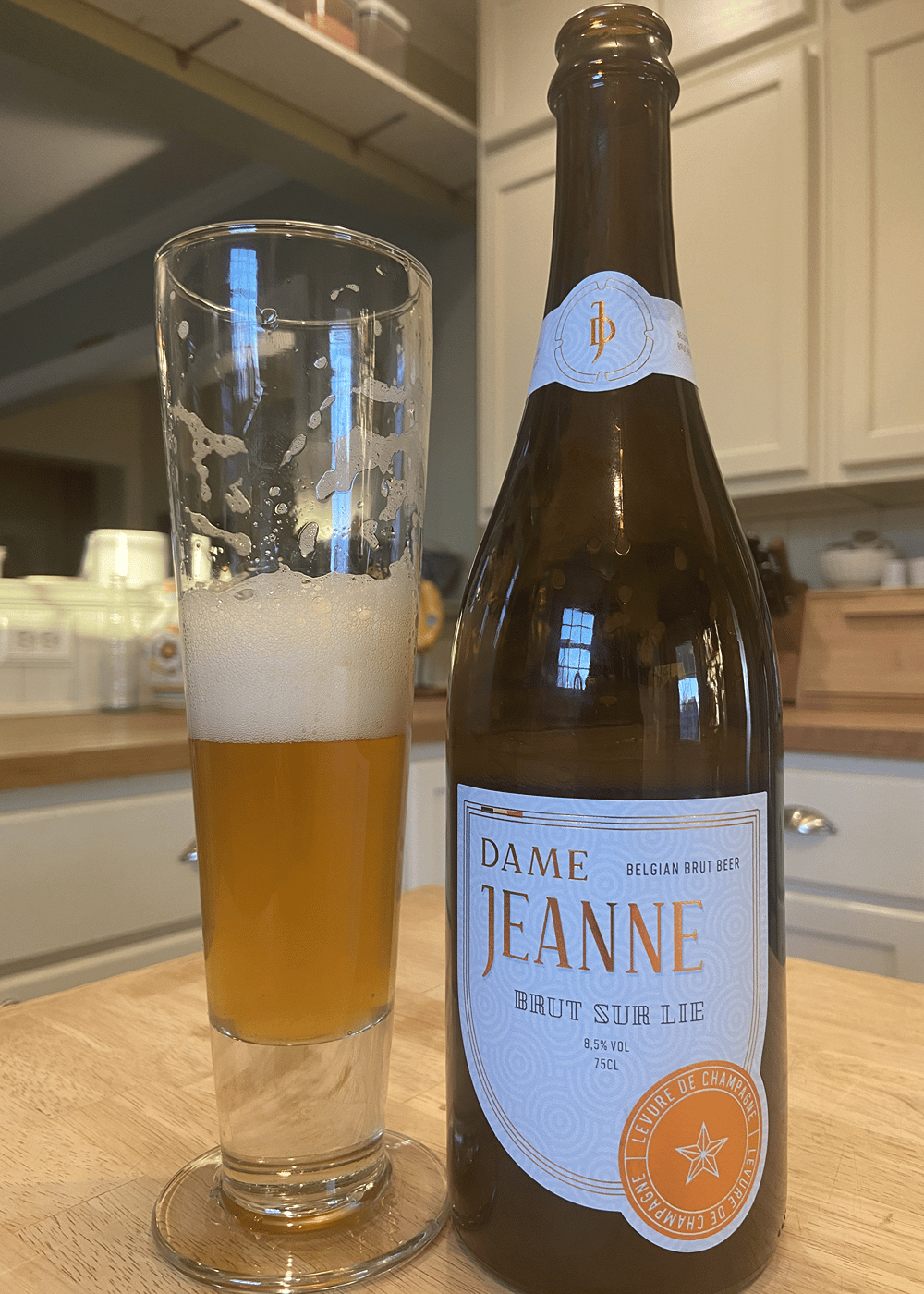 750 mL, corked & caged, part of a recent Belgian Happiness shipment. Unfamiliar with this beer and this brewery. Looks like the beer has been around since at least 2016.

Moderately aggressive pop on opening (I was expecting more). Poured into some tall, thin pilsner glasses in the absence of champagne flutes.

Pour is obviously highly carbonated and takes time to settle down. Subsequent pours are easier, as the carbonation seems to dissipate and leave the beer quite quickly. This is an important feature to note, since it leaves the body of the beer is quite (or at least relatively) heavy. It has a bit of a cloying element without ever being too sweet. Some good lace.

Nose has some bread CO2 notes.

The beer is golden, and lightly hazed. Bubbles rising from the bottom of the glass in the manner expected.

There are some apple esters and quite a heavy mouthfeel. This doesn’t feel especially Brut in any way, and it’s not an easy beer to drink much of. Some honey, and perhaps that’s the heavy element that is hanging around.

This is not one the lighter examples of the Brut style. It’s not cloying in the sweet sense, but the body is heavier than one might anticipate, The carbonation doesn’t bring a light touch as it might.