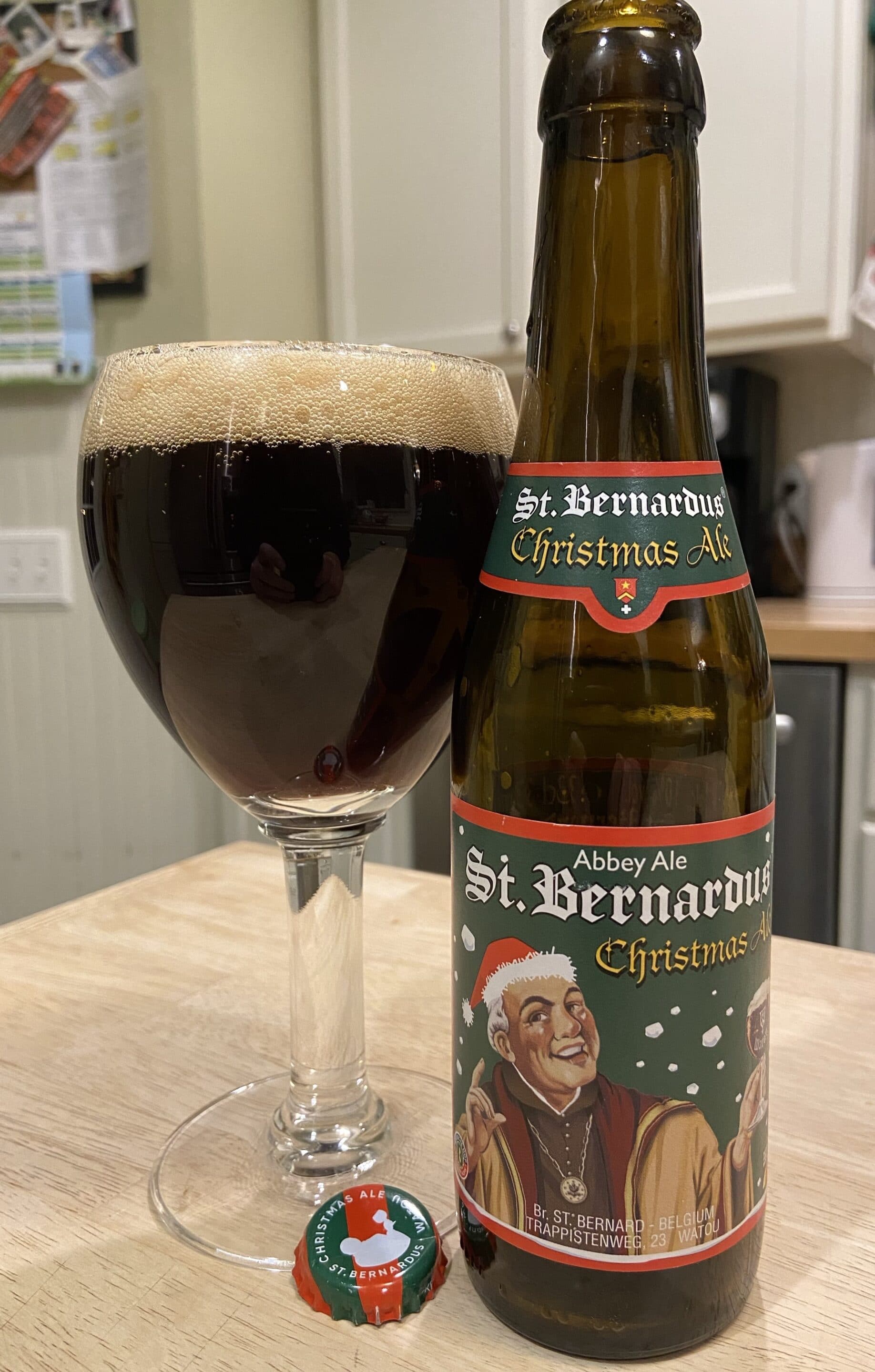 Still that relatively unattractive color, although this bottle has a little more chestnut and less of the Dubbel dirty brown.

A lot less prickly than the 750 mL experience from 15 years ago!

Tastes are still the same delicious dark fruit and wave after wave of slightly drying alcohol with a paradoxically sweet fruit. In short, it’s complex, and so much more than the beer I originally thought it was.

A beer that with my own maturity, I appreciate so much more than I once did.

Poured into the Abbaye du Val-Dieu chalice. Big pop on the opening with the foam threatening to come out and some decent gunsmoke.

Nice, creamy head on the top of the beer with a little lace. Some floaties in the body of the brew.

Carbonation is high, surprisingly so, and if I’m honest a little prickly and a little annoying. Good yeast and fruit notes in the nose. Typical for the style and good. A little alcohol too. Maybe some light apples as well.

Tastes are alcohol based with some dark fig and raisin like fruit notes, but is a bit overwhelmed by the bitter notes in the finish. In fact the hop profile and the alcohol are both too high for my liking (at least at this young age). Maybe the hop bitterness that I perceive is actually a spice based bitterness, but to be honest it still has an adverse effect on the beer. This needs to mellow out a little I think.

Having said all of that, this is still a tasty beer, and a classy one, but it is one of the weaker ones in the St. Bernardus stable. I guess laying a few down would be an interesting experiment. It seems a bit edgy (young).