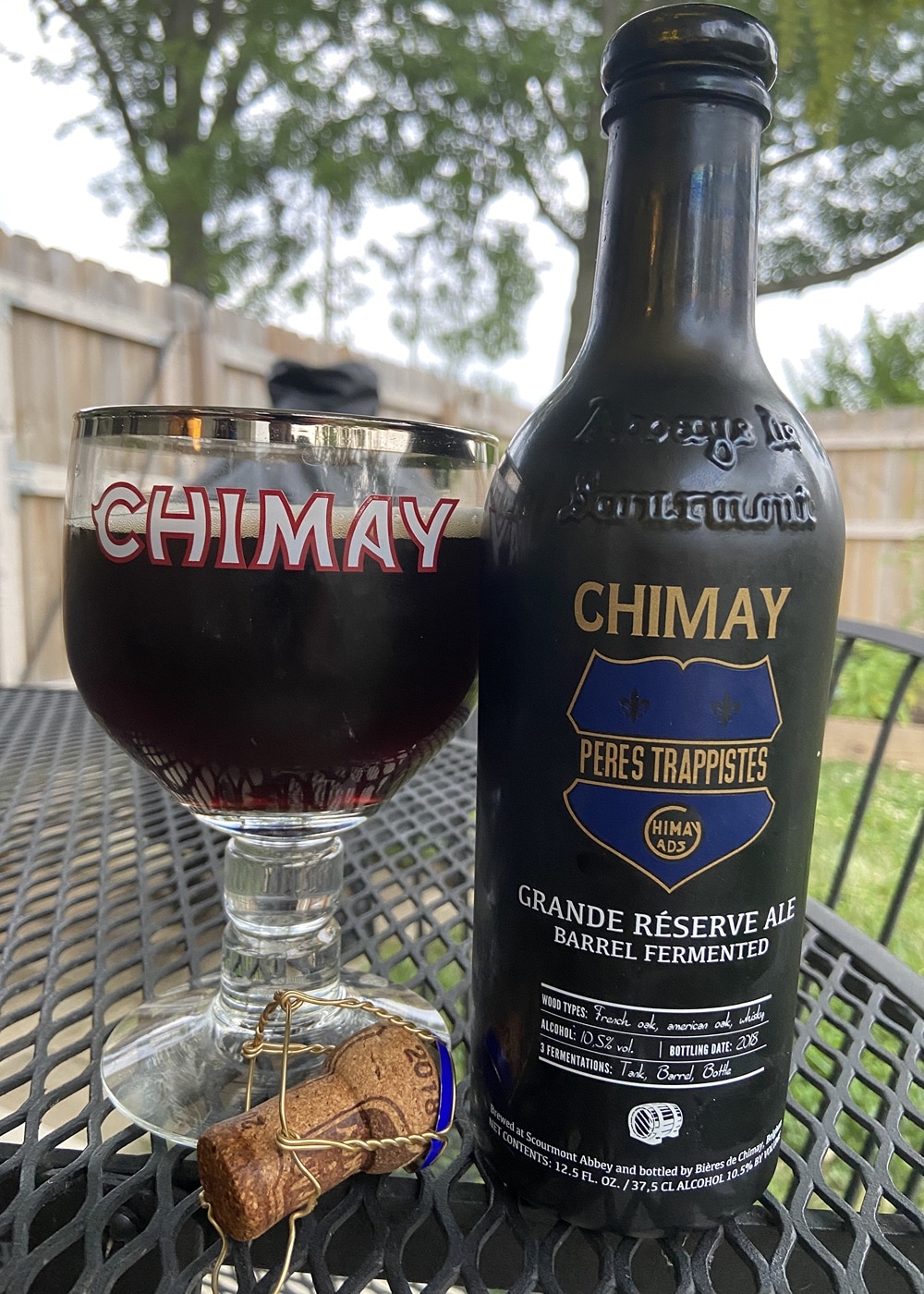 As is the case every time I make notes about a beer and then publish them on the site, they are no more than my thoughts, for my own records, and for my own reference. They really aren’t for any other purpose, but if others enjoy reading them or even find them useful, then great! If not, so be it. I say that here because I think that these notes are likely to run counter to many others thoughts about this beer, and that’s just fine!

Right off the top I’ll admit that I’m just not a huge fan of barrel-aged beers, period. This is certainly true of liquor based beers, although I sometimes enjoy wine barreled offerings. So in that regard, I’m not really pre-disposed to enjoying this. I often pass on such beers but because this is a Chimay product I feel compelled to at least give it a chance.

At the end of drinking this beer I really only had one, overriding comment; “Why?” A time honored classic has been turned it into a beer that could be just about any of a million other barrel-aged beers. The original Chimay character is lost for me, and I have what I might call a generic BA beer. Just why bother?

Pour is the usual Chimay GR color – which isn’t really the greatest under normal circumstances – but the ABV and barrel does a number on the head, its retention and the lace. Strike one. The nose offers what I might call a generic barrel flavor. Not distinct in any way, and not unpleasant per se, but in no way is it special. As is often the case, its basically one-dimensional. Bland would be harsh and perhaps inaccurate, but it does nothing for me.

Exactly the same can be said of the tastes. it’s nice enough – as barrel beers go – but the distinct Chimay blue character is lost for me, and this is just almost any other beer that’s been aged in a barrel. Ho hum. There are simple, light solvent burns, a nice rounded out finish where the smoothness of the whiskey comes through, and the beauty is in the way the beer has come together and melded, but again, I’d take a regular blue over this every day of the week.

It’s hard to know to the extent to which my lack of interest in Belgian beers of any kind being barrel-aged is affecting my perspective, or if this is a particular sadness over the bastardization of a classic, but either way I would never buy another bottle.

What pains me is the potentially more nefarious idea that even the most respected, oldest, and most established Belgian brewing giants, might just have been influenced sufficiently by a non-traditional, disrespectful American market, to take these classics and start to tinker with them (also see Gouden Carolus, Delirium etc.) Now, I am aware that a few beers have been treated in this way in the past (for example, Alvinne’s Cuvée de Mortagne), but this rash of recent abuse of the classics is truly bothersome to me.